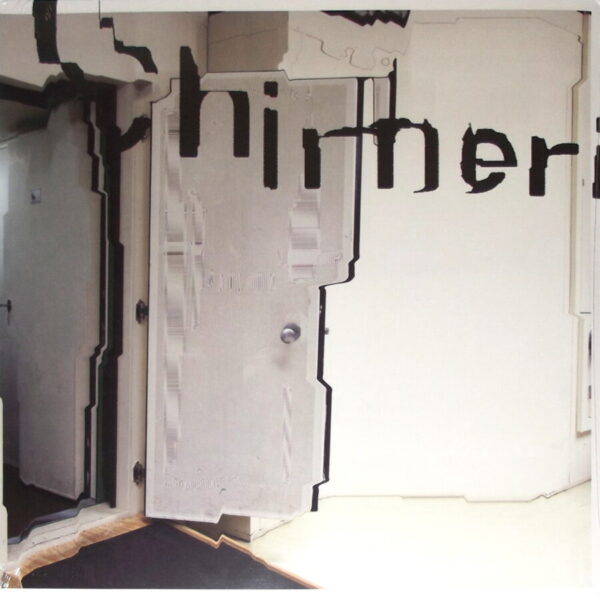 Somewhere on this computer I’ve a folder full of music podcasts, lectures and interviews that I somehow never have time to listen to: ever burgeoning; so many words gathering digital dust. I require some sort of audio anti-desiccant that releases the music in the words, to bring this goldfish attention span to attention.

Sound designer and psychoacoustician, Hecker’s Chimerization offers the sort of hybrid information transmission I’m after. Realised as a gallery piece entitled dOCUMENTA (13) (Kassel, Germany), it comprises electronically rendered fragments of a high-concept ‘experimental libretto’ by Iranian writer and philosopher Reza Negarestani entitled ‘The Snake, the Goat and the Ladder (A board game for playing chimera)’. For the occasion, Hecker recorded recitals of Negarestani’s script in English, Farsi and German in an echo-less, anechoic chamber, with three speakers per language. In situ, he installed speakers to play the processed recordings inwards in a triangle formation, engendering, I imagine, a pleasantly disorienting sensation in visitors. That said, spatial location of the recorded sounds is never in question, which is not always the case with Mr. Hecker.

Chimerization is available in three separate volumes (one per tongue), which presumably offer listeners worthy approximation of the installation experience. The visuals supplied for the dOUMENTA event, while providing delirious and accurate analogue for the music, appear on the sleeves. However, whilst the sounds themselves are easier on the ear than certain of Hecker’s earlier works, the subject matter remains a little elusive to me. For safety reasons, I’ll simply quote:

‘Hecker characterizes ‘Chimerization’ as a concept derived from psychoacoustic investigations on difficult-to-define areas between language and non-language, a process focusing on the decomposition of sound and synthesizing incompatible modalities, surpassing their respective particularities without fusing them, in order to obtain a narration beyond immediate comprehension, which may be deciphered through repeated, ‘active’ listening.’

The operative adjective is ‘active’: focus is necessary if ‘sense’ is to be made of these bewildering information overloads. For one thing, the recorded script (and I refer to the English version here) undergoes extensive digital decomposition (partly a result of multiple voices merging), coming out a bit like the sadistic droid EV9D9 in Jabba the Hutt’s palace in Return of the Jedi. The more garbled sections constitute what I assume to be the ‘non-language’ matter. And even when audible, the text is a little circumlocutory for my immediate comprehension, which is not to say I’m not enjoying trying, even if I’m left wondering whether attempting comprehension is missing the point. As one of Negarestani’s admirers, author Graham Harman, put it: ‘reading Negarestani is like being converted to Islam by Salvador Dali’. In this case, it’s not Dali but Florian Hecker, and it’s probably best just to let ‘it’ happen to you.

The underlying theory appears to liken modern existence to a metaphysical game of snakes and ladders: an apposite analogy, for the game itself originated in ancient India (under the name ‘Moksha Patamu’), and reflected Hindu notions about life 1. Not quite sure where the ‘goat’ fits in though. Accordingly, key terms include ‘snakes’, ‘ladders’, ‘topography’ and ‘the abyss of modernity’ abound; all connected amidst a panoply of colourful sesquipedalians. Reminds me a bit of something similarly verbose Squarepusher did on Ultravisitor, though I’m pretty sure he didn’t mean it. Still, Hecker’s carved himself a distinctive niche in electronic music: confronting our senses, aesthetics and intellects throughout and occasionally with a cheeky sense of humour (remember ‘Sun Pandämonium’s lavish, glossy green inlay booklet?). I’m in agreement with those who regard the new vocal aspect as adding a bold new depth to his work, and as verbiage goes it’s easy to surrender to. Chimerization may leave me feeling a bit slow on the uptake, but it does get much easier on the ear (and mind) with each play.