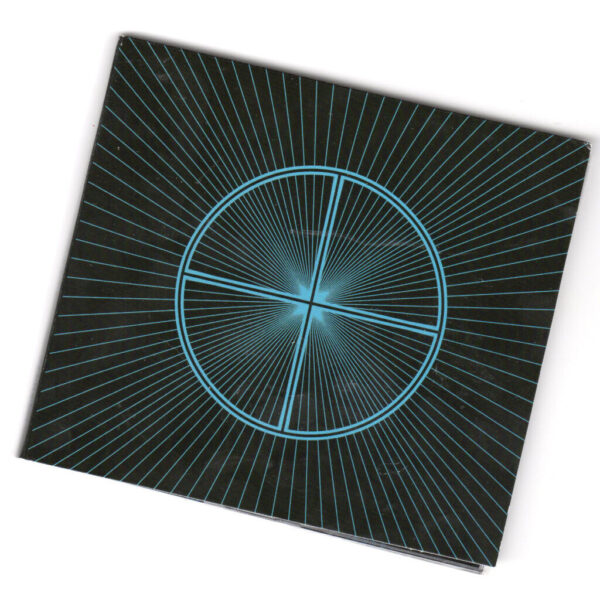 From Carrier Records, great record of innovative and experimental electronic music from the duo of Sam Pluta and Jeff Snyder, who perform as exclusiveOr. Archaea (CARRIER020) contains six of their recorded outbursts, such as the spiky and abrasive ‘Landing’, a strong opener which is hyperactive to the point of being almost dangerous – a child running through the rumpus room with scissors. Electronic scissors, that is. Great way to set out the stall; large variety of exciting and unusual sounds fired about like rockets. ‘Book of Dreams’ is slightly more approachable for some of its duration, weaving its way into a somnambulatory state by stealth, but also proving it’s something of a “sleeping giant” when layers from the surface peel away to reveal a teeming mass of activity of some sort – could be a termite colony eating into the floorboards, could be loose cables spurting sparks in your face. ‘Intro/Outro’ delivers plenty of gaseous wheezes and erratic coughs as it releases jets of scalding steam; if it was a kitchen appliance, this track would have been recalled by the manufacturers five years ago. There’s also the tremendously exciting ‘Pulse’, which shows on one level how the Merzbow influence is trickling down into the consciousness of certain Americans (much like High Rise and Musica Transonic created a similar mini-explosion among US rock bands some years ago). This cut is especially wild and bold in its abstract-expressionist swoops and splurges, painting gigantic coloured brush-strokes in the air. Yet compared to said Merzbow it’s a slightly sanitised and more approachable form of crazy electric noise. Then again I gotta love the extreme dynamics of it, the way the massive steam engine can be controlled, slowed down, reined in and reversed as needed, even made to dance a pirouette on the tracks with its dainty steel wheels.

Pluta and Snyder are just the men you can trust with this job, assuming you’d ever appoint them to rebuild your house. Pluta’s work is endorsed by us at TSP 112%, and his thrilling semi-improvised group compositions are recommended listening, if you want to learn about new directions in this area since John Zorn 1. On this record, he’s cutting up rough with a laptop programmed with his own custom-built software. Jeff Snyder goes even further in terms of the rugged-individualist hand-made approach, and plays an analogue modular synth which he designed and built himself. A true Gyro Gearloose type, seems he’s even built some “invented instruments” which can be used to play a warped form of early music. He probably travels around New York City on roller skates which he operates like Scalextric cars, while reading the Daily News on his home-made tablet which he built out of the printed circuits from a 1990s toaster oven and an old Etch-a-Sketch. The image inside the CD shows a photo of these two New Yorkers, heavily Photoshopped, suggesting visually how they are becoming at one with their machines, dissolving into the patchboards and printed circuits as surely as the hapless adventurer in Tron. The album title however is totally organic (non-digital) and refers to a class of microbe that can survive in very inhospitable places, such as hot springs or marshes. These mighty microbes can even make their home in the human body, which is probably what exclusiveOr would like to do – implant themselves in your system and gradually take it over. If you wish to participate in this cruel and unusual experiment, this CD is for you. From 5th July 2013.