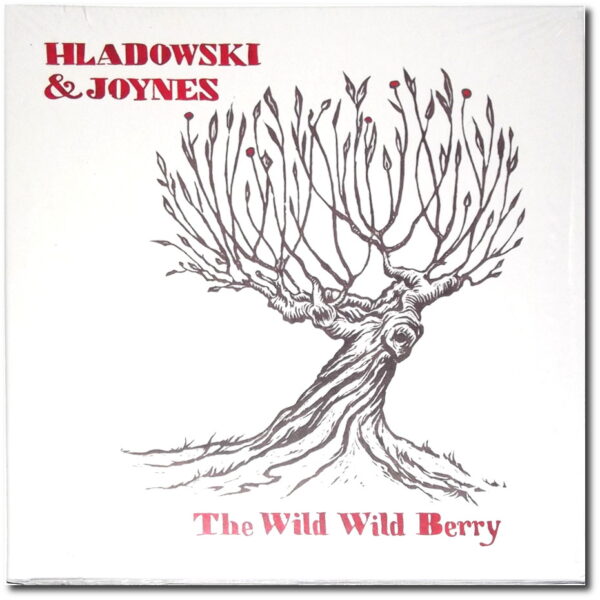 The Wild Wild Berry l.p/c.d. comes as a debut recording from the duo of up and coming English folk singer Stephanie Hladowski and firmly established acoustic fingerpicker and Leith Hill Records’ proprietor: C. Joynes. A surefire combination of Meredith Monk and Sun Ra fan Stephanie’s formidable vocalese; once described as a “mature and ancient voice”, that’s matched with the plangent, simple beauty at the centre of Joynes’s far reaching guitar philosophy. …Berry houses an eleven strong set of ‘Brit Trad Arrs’ that are stored (and you probably know where this is heading…) in the vicinity of Camden Town/Primrose Hill, N.W. London; namely Cecil Sharp House; that vast repository of the British song form. After a little research from yours truly, I’ve discovered that six of the tracks on disc have been plundered and subsequently remodelled before by, amongst others, Peter Bellamy, June Tabor, Steeleye Span, Shirley Collins, Steve Ashley, John Jacob Niles and The Young Tradition. But in this particular case, it really doesn’t matter one jot. In the hands of this alliance, middlingly familiar standards like “Lord Bateman”, “The Dark Eyed Sailor”, “George Collins” and “Higher Germanie” emerge in the cold light of another day as fresh and as vibrant as the very instance these tails of deceit, moral decay and untrammeled lust were initially penned.

Though I’d like to focus on the other tracks which seem to have been left in the archives with precious little attention accorded to them. Like…the charming guitar showcase of ‘another’ “Greensleeves” which harks back to the recordings of Stephen Baldwin in the mid-fifties. Its attractive ticking clock rhythm being particularly ear-snagging. “Flash Company” is a melancholy and timeless song of regret. “If it hadn’t been for flash company,” she carols, “I should never have been so poor…”. Though things get way more fraught from hereon in…with the eventual body count coming in at five… The title track details the story of a young nobleman who “felt the deadly gripe of the woody nightshade” and died of poisoning. Found guilty of his death, ‘The Lordship’s Wench” eventually receives a good neck-stretching for his/her pains. Nothing though prepares us for the downright weirdness of “The Bitter Withy”; ‘a thirteenth century carol from the infancy gospel of Thomas – identified in the suppressed gospels of the Original New Testament of Jesus the Christ by Archbishop William Wake’. Rightly vexed at the arrogance of three rich young lords…Jesus “he made himself a bridge with the beams of the sun”. The trio blindly follow him across and promptly drown (!), only for the Christ child to receive a severe caning from his mother Mary with a withy stick (or Osier Willow). A strangely affecting and beautifully phrased gem which I urge you to hear. You thought high level strangeness was the sole province of the avant garde and the outsider? Well… here be monsters too.