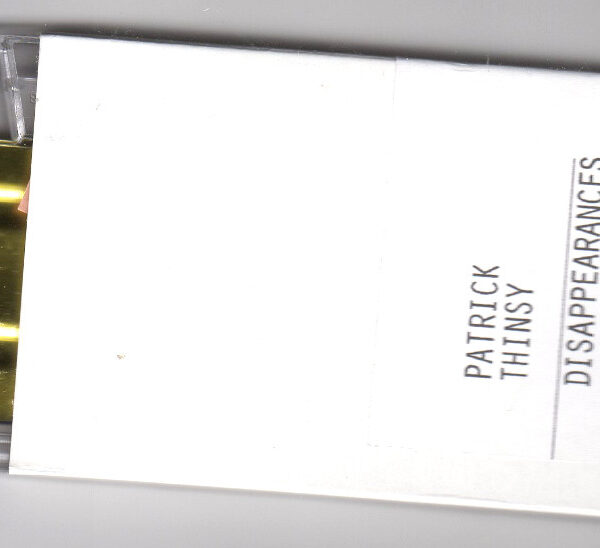 Got a couple of tapes from the Belgian Tanuki Records label, which is operated by Patrick Thinsy who used to be a member of martiensgohome. To be honest I never cared much for anything I heard from by the mgh collective, so I approach Thinsy’s Disappearances (TANUKI RECORDS #4) with a little trepidation. The A side is a simple experiment in minimalism, operating small variations on a single (very high) monotonous tone; you never heard such a thin and delicate drone in your life, as though he were trying to extend one gram of platinum in a wire so thin it would encircle the earth. High tone on one side, a low tone on the B side; a mysterious grumbling bullfrog making its moan in a forgotten swamp, wheezing like a very restrained old harmonium, until it too becomes an extended tremulous drone, so faint you can barely notice it. It’s likely that both of these simple compositions operate according to a structure; they proceed with an inscrutable methodology, and a basic trajectory is perceivable from start to finish. Not quite achieving the monumentalism of Phill Niblock, but not bad. From 27 February 2013. 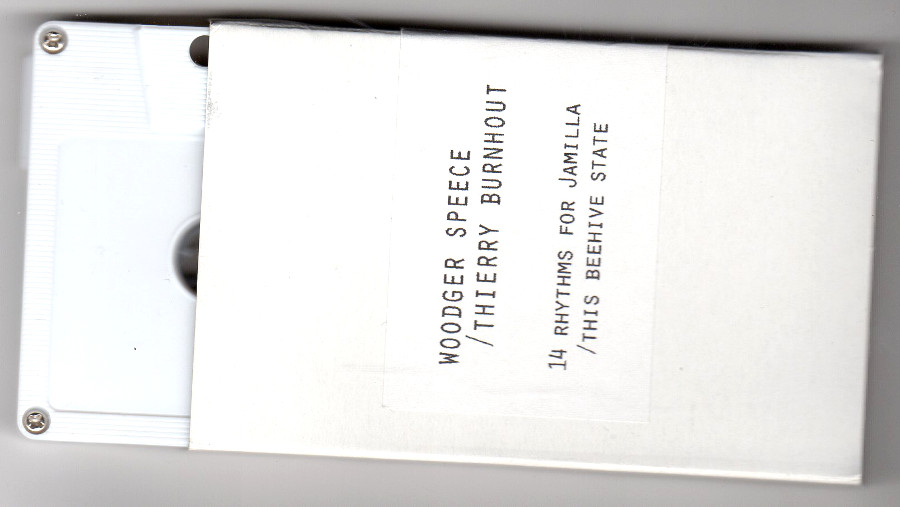 The press notes describe Woodger Speece and Thierry Burnhout as “two very interesting Belgian sound artists”, and 14 Rhythms for Jamilla / This Beehive State (TANUKI RECORDS #3) is their debut. Though not made clear on the release, this appears to be a split and Woodger – who is actually someone named Pauwel de Buck – has four, not fourteen, of his rhythm tracks on the A side, combining strangely attenuated beats with prickly radio static. It’s amazing he gets anything solid out of this unlikely combination of elements, but he persists doggedly until these severe, alienating tones begin to cohere at some level. It’s the kind of music you imagine that small insects, or microbes, would enjoy dancing to on the sub-atomic plane. After ten minutes of this art-minimal reduced Techno buzzery, even Atom TM will sound “over-produced” to your ears. Thierry Burnhout occupies all of Side B with 22 minutes of This Beehive State, which like Thinsy’s above is operating in a droney and floaty area, where the skies are mostly grey and we dance to the whims of the wind. Though de Buck describes him as a “troublemaker”, Burnhout’s abiding mood here is somewhat serene and peaceful; in places, he generates pleasing harmonic passages that inspire a sense of well-being with their rich vibrato and throbbing undercurrents. I just feel it’s scant on ideas; having established one mood, he’s uncertain where to take it next, and he either treads water for too long or runs out of steam at crucial moments.