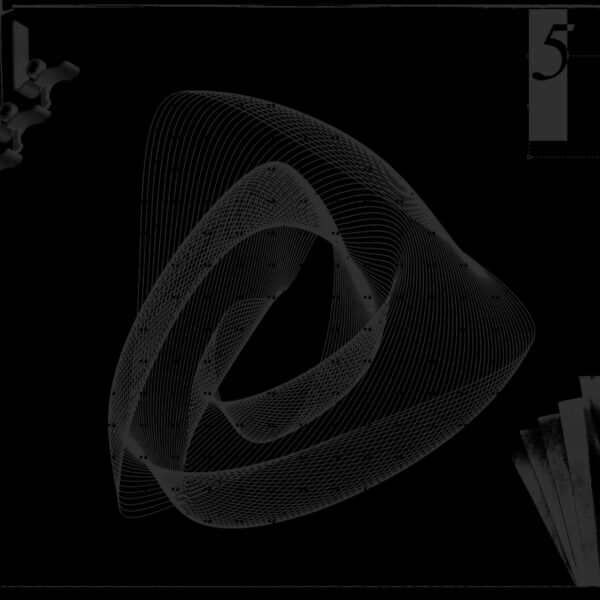 No, this duo of home-recording synth pop-rock improvisers aren’t targeting that crucial Page 3 photographic spot of some lowbrow British tabloid rag, they aim straight for the even more important space between your ears with their collections of eccentric lo-sci-fi synthscapes taking in a variety of sounds, melodies and rhythms from different musical genres. Greg Manata and Preston A Nunez celebrate their fifth release with 23 tracks (‘cos 2 + 3 = 5, geddit?) in a run of 55 copies selling at US$5.55 if you live in the States. Unfortunately there was no information available about these guys when I Googled their names and the project name so I have no idea if they’re followers of Discordianism and the Law of Five.

All tracks are quite short and bleed into one another so the entire album is best heard as one continuous tapestry of wildly eccentric mini-soundscapes of sometimes crazed sounds with a distinct sunny and slightly sultry atmosphere and a sometimes lush or bleached feel. You feel like an observer on a boat ride through some of the more kitschy tourist must-see towns and landscapes that might have been rejected by Disneyland for being too psychedelically wild and colourful and not commercial enough. Greens are that jarring lime-green shade and yellows are bright flurorescent lolly-pop yellow, the kind that tastes sweet and yummy but which later makes your stomach turn a sour leap from all that artificial over-colouring.

The music delights in jarring percussion and blaring tones and drones as if deliberately trying to get a reaction out of you. A strong dominating influence is jazz of a sharp, almost garage kind. Cool space ambient tones seem insouciant and jaunty percussion bounce about without a care in the world. Whatever sounds, rhythms and melodies are deployed, irrespective of their origin, Manata and Nunez wield them confidently and nonchalantly yet expertly: nothing is out of place no matter how strange and eccentric it all seems.

Some tracks hark back to the period of Seventies disco (“As Lonely as the Moon”) and rock and pop music from California of the same vintage with a hot acid-tinged ambience. Others have a very strong cosmic space vibe in spite of the odd titles they have (“Double Shot Sweet Envy Love” being an outstanding example). One track, the strongly melodic “Ego Ego Ego Ego Ego”, references the theme of the number five with all that figure may imply.

There’s hardly any let-up in the proceedings: everything breezes along at a steady clip which can leave a listener a bit bewildered and somewhat lost. There’ll usually be a track that a tourist can home in on and use as a landmark from which to navigate the rest of the album. Most pieces, however short they are (they are often not much more than layers of looping sound put together to achieve certain moods), will have something for everyone.

Probably by the time you read this, all copies of this album will have sold out – there are only 55 copies after all – but you can always contact Aquarius Records to see if they still have a copy or two.