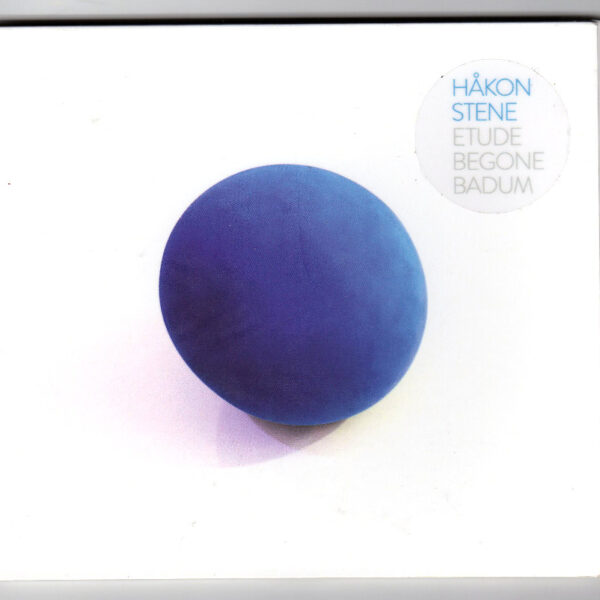 Norwegian Percussionist Håkon Stene presents six lively yet politely unrestrained interpretations of contemporary composers’ works. Included are pieces by Americans Alvin Lucier, and Michael Pisarro, Vienna-based Marko Ciciliani, plus three much briefer vignettes by Norwegian Lars Petter Hagen. It is not stated who else performs what whereas it is made clear that Håkon Stene plays electric guitar on Ciciliani’s “Black Horizon”, amplified triangle on Lucier’s “Silver Street Car For The Orchestra”, and “rice on objects” on Pisarro’s “Ricefall (1)”.

Track one, Lars Petter Hagen’s “Study #1 In Self-Imposed Tristesse” – tristesse is a French word for “sadness” – the first of the three studies appearing on this album, is a good start to this disc. These three studies are so diaphanous as to be barely there. The second track, the Marko Ciciliani piece “Black Horizon”, utilises a recording of conversation; the questions “how did lunch go so far?” and “any good?” for example, are audible at the beginning. An interesting use of the banal. There’s more at fifteen minutes, although much quieter and possibly intended merely as a texture. Things take a shift for the crazy at 17 and a half minutes where it becomes like being trapped in a movie by Allessandro Jodorowsky – great if you’re in the mood for it but, somewhat like his movies, a bit disconcerting if you’re not. He is joined by Marko Ciciliani also on electric guitar on this piece. “Black Horizon” is one minute a chime-fest, the next scant rubbing and droning, possibly the results of manipulations with e-bows. Other techniques have been employed, certainly there are preparations aplenty and possibly non-standard tunings and extended technique. Music for the art gallery. They have achieved the feel of a late 60s synthesiser composition (reminiscent of Subotnik or Stockhausen?), only with the more restricted palette and brittle timbre of the guitar. It becomes percussive and faintly ridiculous after ten minutes; just the wrong side of the line where “freedom” becomes “messing about”? This feeling though, is shortlived – there is some nice crunchy textures after this and a pulsing of hum-fuzz that reminds me of a recurring dream I had as a child – or the sound of blood rushing in your ears – it then becomes as ghostly and ethereal as much as electronic music can and I think I can hear the influence of Haroon Mirza’s bleeping sound art here. It sounds a little like a second bridge has been inserted onto one or both of the guitars; guzheng-like, hammered delicately. An overdriven interruption of rising tone. Voices – American? – taken from a film? If these sounds are performed in real time without use of software of any kind – it is just credited as two guitar players – I must say I am very impressed with this recording and over a duration such as this (over twenty minutes), I’d be more likely to perceive this as an improvisation rather than a composition if I didn’t know differently – at least I’d expect a rigorous approach to the score to reflect the amount and type of preparation of the instruments if nothing else.

“Silver Street Car For The Orchestra”, as with a lot of Lucier’s work, is about what happens in a space when the space itself is activated, in this case by striking a triangle repeatedly. Fans of Sejiro Murayama’s sawing percussion style will be no stranger to this sort of thing. I saw Seijiro Murayama perform in Brighton a couple of years ago and he’s certainly got stamina. This piece is missing the vital visual component of actually being able to watch the piece being performed; in other words, someone actually wandering around a room banging on a triangle for just over eleven minutes. Looks easy – is not easy. The closing piece is “Rice Fall” by Michael Pisarro. I have heard a realisation of this by Patrick Farmer and Sarah Hughes and the Greg Stuart version on Gravity Wave. This is a more maximalist interpretation. In fact, is it possible that it is taking the score a little too literally? Stene’s version of “Rice Fall” is a veritable monsoon. If you are going to perform “Ricefall”, I suppose the fundamental characteristic is dependent on how much rice you can get your hands on. Håkon Stene must have gone to a good supplier because it sounds like he’s used enough rice to fill a dumper truck.

Austere packaging, a double-fold digipack with minimal text and no other visual information, although we are informed that the project is supported by Arts Council Norway and the Fund For Performing Artists. Would have been nice to see some evidence of the scores, but there is a nice big barcode on the sleeve to look at if that’s the kind of thing you’re into.