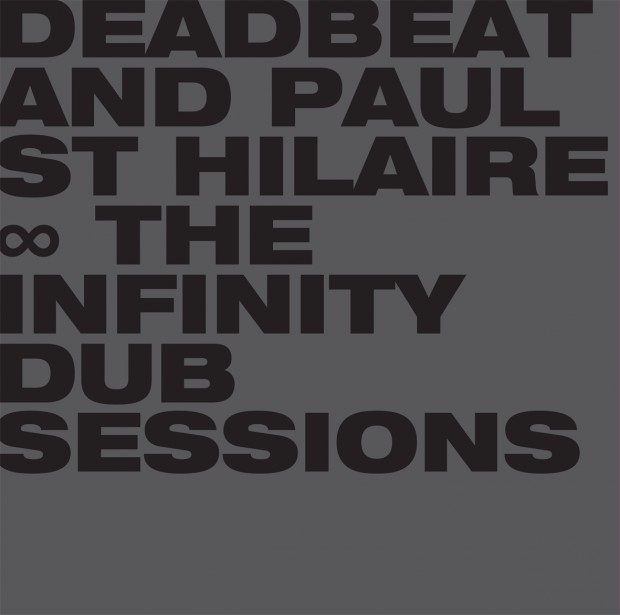 Although this CD represents their first studio recording together, the two artists Deadbeat aka Scott Monteith and Paul St Hilaire aka Tikiman have collaborated in live situations on and off since they met over a decade ago in Montreal and discovered a common interest in dub music. On this album, the duo have gone for a dark minimalist musical approach on songs bound by a theme of the stress of modern life and how one can find comfort and purpose in a hard world where machine rhythms and routines dictate our thinking and behaviour.

There’s a sense of desperation in the opener “Hold On Strong”, a relentless and bleak if understated pulsing track. Reggae influences are strong in this song and on all other songs: they are in the rhythms, the voices and the music and lyric structures. What listeners might not expect is the cold and subtle, near-industrial nature of the sounds nor the open black spaces within each and every piece. A strong sense of urban alienation and a feeling of a cold, seemingly forbidding yet alluring and seductive hyper-technology that dominates life are present. An unseen eminence grise, sensed more than heard or felt yet pulling the strings here, might be moving slowly and confidently in the deep dark background.

Hope and frustration mix in tracks like “What the Heck Them Expect”, notable for its superficially lazy-loping rhythm, and “Working Everyday”, a repeating mantra of resignation and despair over an insistent looping rhythm that lures you into its dark trance world: this is the strongest track on the album in spite of (or maybe because of) its never-ending Moebius-strip structure. Sparse, seemingly empty yet yielding ever more from its depths, this soundtrack to work drudgery might just be in danger of advertising for it; the two dub musicians should not push their luck too hard. The constant repetition is both asset and liability: a couple of later songs on the album drag the whole thing down with repeating loops of unremarkable music and lyrics (“Rock of Creation” and “Little Darling”) though some of the sound effects can be good. Closing track “Peace and Love” brings an impression of hope over despair with an emotionally moving rhythm, a strong beat and
equally affecting melodies and lyrics.

It has its ups and downs and I’m sorry to say they’re in the ratio of 50:50 for this style of dark minimalist dub techno. The music is beautifully constructed with gorgeous sounds, a clear three-dimensional ambience and memorable rhythm structures. It’s weak in the song-writing department with too much repetition in most tracks which sometimes give an impression of not knowing how to climax and then get out of the way quickly. I’m sure though the two musicians will continue working together in the studio because the sound they have is too good to leave to just one album. I confess I don’t listen to much dub and reggae at all but I think I know a quality act when I hear one and these guys definitely have the potential to be leaders in their genre.