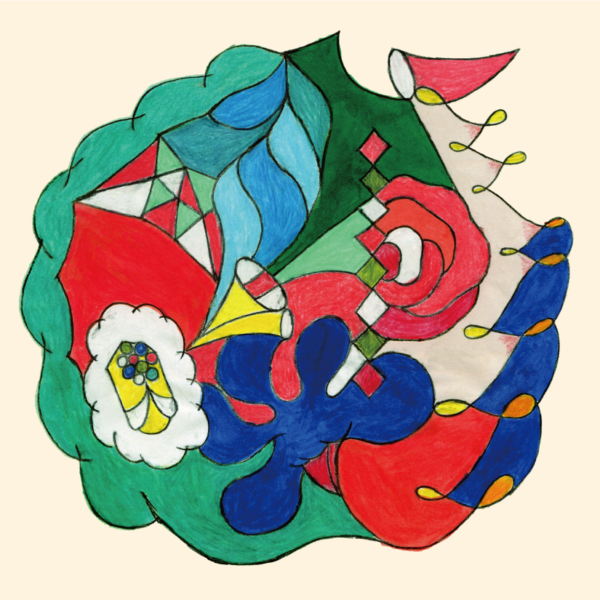 Babi’s Botanical (NOBLE LABEL NBL-210) defies belief – a lovely album of immaculate “chamber pop” songs crafted with great compositional and studio skills. For starters, this is only her second LP – but it’s so accomplished and polished. The young composer and singer Babi is a child prodigy who apparently started learning the piano at age two and had her first composition written at age five. She learned the craft of multi-tracking at music college, and since then has been stacked out with commercial work, besides finding time for realising her own compositions. For this, a joint release on two labels, she’s done all the composing, singing and programming – it’s fundamentally a keyboard album – with guest musicians brought in to add strings and woodwinds. There’s a number of elements to praise and enjoy – the forthright assurance with which Babi proceeds is commendable, knowing exactly in her mind what the song is about and proceeding directly with a very clean performance, with not an ounce of waste. Then there’s the ultra-lean and lightweight sound, a superbly uncluttered studio production, aided by flawless arrangements with every instrument sitting in the perfect place. Additionally, the compositions themselves are these deceptively simple melodies, cunningly spiked with little twists and curlicues that lead the mind off down multiple pathways at once. The album was mixed and mastered by Toyoaki Mishima, who also works with Cornelius – another Japanese genius of quirkoid avant-pop. With ten short tracks of compressed loveliness, this album amounts to a near-perfect set of electro-pop miniatures, enriched with classical flourishes. Babi could almost be the Japanese Kate Bush, although since I don’t understand Japanese her lyrical content remains a mystery to me. I sense she might not be quite as dark and troubled as my beloved Kate, though, since there’s a generally upbeat tempo to the songs here, and Babi’s rather fluffy singing voice (a factor which might prove a barrier for some listeners) and occasional use of wacky sound effects suggest instead a child-like and fantastic view of the world, with bright colours and strange friendly monsters walking through imaginary landscapes, funfairs, and parks on summer afternoons. Be sure to watch the three-minute “trailer” she’s made for this album on YouTube, with suitably flowery animations. Besides Kate Bush, also recommended to listeners who enjoy Slapp Happy and Dagmar Krause, or Van Dyke Parks. Or that incredible Nora Guthrie single from 1967. Received 8th August 2013.

Not entirely unrelated to above, we have I Love You… (COOKIE 3) by Oh, Yoko released on the Normal Cookie label in Tokyo. This is also an album of pop tunes, but far less upbeat and bouncy than Babi, and aims from the get-go to beguile you with a strange nostalgic feeling. The duo of Rie Mitsutake and Will Long achieve this goal through their small and intimate sound; playing electronic and acoustic instruments together, in a syrupy and sensuous blend; keeping the arrangements simple, and playing everything in a gentle manner; and by filtering all the vocals through wispy pieces of gauze that float by on the breeze on a sunny day in September. Again, sung in Japanese, so specifics elude me, but the abiding emotional keynote here speaks volumes – lots of soppy and fuzzy sentiments, just bordering on the saccharine at times. Recording as Miko in a previous life, Rie did a couple of albums that we know of (Parade and Chandelier, the latter released by Lawrence English’s Room 40 label in Australia), and like Babi above she started out her musical life at a relatively young age – taking piano lessons from age five. Will Long might be remembered by some as Celer, a project which he used to do with his wife Chubby Wolf, and which has released over 100 records of ambient installation droney sound-art music, much of it self-issued. Oh, Yoko certainly work well together here and this a very pleasing combination of soft-focus instrumentation and whispery, heartfelt vocalising, occasionally supplemented by gorgeous background field recordings of crickets a-chirping (or maybe frogs a-croaking). “Something pure for a more simple life,” is their only stated goal with this music, and who can take issue with that ambition? Be sure to look for their 2012 release, Seashore. This one from 8th August 2013.