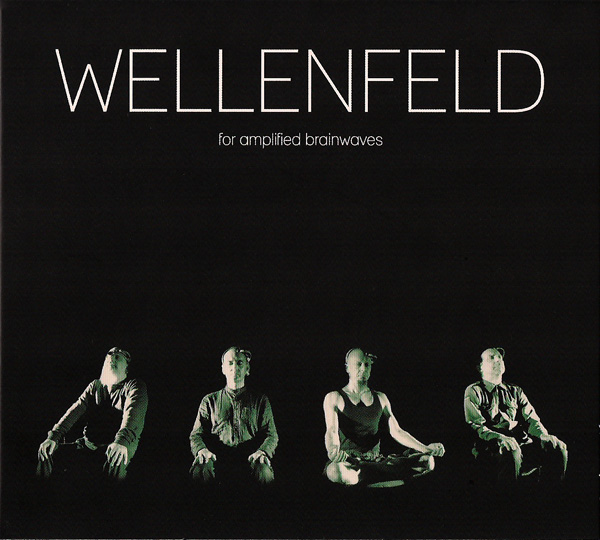 Bagged this blighter as it left the gate: a 300-copy document of a memorable set at the ‘Extreme Rituals’ festival in Bristol in 2012; a ‘carnival’ peopled by the legendary Schimpfluch Gruppe and selected associates: all in all probably the most exciting festival I’ve ever attended. Obnoxious co-attendees, audience vomit and poor sound quality were conspicuously absent, or at least compensated for by the earthy antics on and offstage, among which Rudolf Eb.er manipulating the sound of the same camping stove that was filling the room with vinegar fumes, while conducting breathing exercises; a feast of appliance smashing and vegetable mashing from the balaclava-clad New Blockaders; and an orgy of war drums and baseball bat-to-mirror smashing from Vagina Dentata Organ.

The festival closed with Wellenfeld: a piece dedicated to the late Urs Schwaller – who is said to have first introduced participants Eb.er and Lanz – which grew, hovered and descended like a sentient, poisonous gas cloud fed by the collective brainwaves of eb.er, Lanz, GX Jupitter-Larsen and Mike Dando. Probably the first set to begin a little late, audience had turned expectantly towards the performers while they consulted soundman Rashad Becker at the back of the venue. Nothing happened. When they finally took the stage, they forsook the theatrics that had defined the festival thus far and adopted comfortable seating postures, Eb.er’s lithe form in full lotus position. All wore electroencephalographc (EEG) headsets for what was probably the most ‘experimental’ (as in ‘unrehearsed’) performance of all: feeding brainwaves into a mixing desk, which Becker dutifully fed back as an octophonic mix.

The result (as I listen now) is a slow coalescence of ripping Velcro that gradually swells and pixelates into a roiling swarm cloud of surging voltage, which struggles to maintain its integrity over 25 minutes, while morphing into varying measures of the above tendencies. A soft organ drone pipes in and out and lingers for a while as well. The extent of individual contributions will remain unverifiable, indicating that a perfectly democratic dynamic prevailed among that impressively focused foursome, though Eb.er’s creepy, twitching eyelids and whitened eyes did suggest a bit of ‘above and beyond’. Charlatan or otherwise, he looked the real deal and left me very persuaded about his otherness.

Listening to the recording cold is obviously a different experience, and understandably underwhelming after the live experience. On its own terms though, it’s an original and satisfying piece of noise, the intensity of which is exceeded only by the delighted ovation at the end. Sound quality is tip-top as well. So ironically enough, it was a perfect-first-impression piece that will now take me time to get used to.