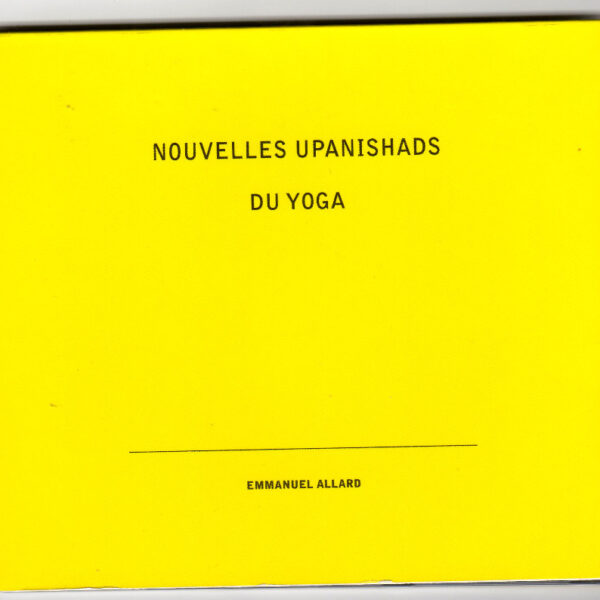 The Buchla 200e is a hybrid modular synthesiser. Part analogue, part digital, it is a contemporary descendent of those groovy contraptions that were so attractive to pioneer sound heads like Morton Subotnik and Charles Cohen back in the late 60s and early 70s. These fearless sonic architects used the first-generation Buchla synths – the original 200, the sound easel and others – to create trippy, shimmering soundscapes, which sounded like messages from the future sung by cyborg angels.

French musician and sound artist Emmanuel Allard spent three years getting to grips with the system before laying down this set of seven austere and intense instrumental pieces. It’s his sophomore record, and is quite a departure from his first release, 2003’s Imite Moi, a slab of maximalist computer music released under the name Fabriquedecouleurs.

“I wanted to make simple forms, primordial electronic music,” said Allard in an interview last year. This mood of reductionism permeates this record. Basically, if you’re hoping for the joyful polyphony of Subotnik’s Silver Apples of the Moon, or the rapturous clatter of Charles Cohen’s Dance of the Spirit Catchers, then you’re out of luck. This is ascetic stuff. Allard is happy to set one or two patches off and let them run for fairly long periods without much happening, resulting in a strange, disembodied feeling.

In ‘Élan’, for example, various glitches and crashes punctuate a steady low hum, snatches of some strange machine conversation heard through a wall. In contrast, ‘Adelphi Wave’ swoops and screeches like a robot wasp in a jam-jar.

The title, too is important. Most yoga is all about discipline, a kind of physical version of meditation where the practitioner focuses on one thing – the position – to the exclusion of everything else. These pieces can be seen in the same way. Meditative exercises in sound, with no extraneous interruptions to disturb the concentration.

Of course, this CD is a world away from your typical new age twinkling you hear playing in many yoga studios in the UK. I can’t quite imagine the call and response style howls of ‘L’Art Noir’ – which sounds like a kind of prehistoric cattle lowing – helping your typical middle class salaryman leave their worries behind in the search for transcendence.

But these pieces are engrossing, their less-is-more aesthetic making it easy to focus in on the detail of the sound, aided by the pleasingly physical feel of much of the album. It’s not something you can imagine being bashed out on an iMac in half days messing around with whatever software package is hip with the kids these days.

There’s no better example of this than on the album’s final track, the 13-minute long ‘Gold Rand’. Starting with a hypnotic bass hum that rises and falls at irregular intervals, it mutates into a series of electronic creaks and groans before settling into a series of truly strange-sounding whines and farts, It feel I’m eavesdropping on some vast, fantastic creature – some huge, furry, cat-like beast from an early Studio Ghibli film perhaps – drifting off into a dream-filled sleep.