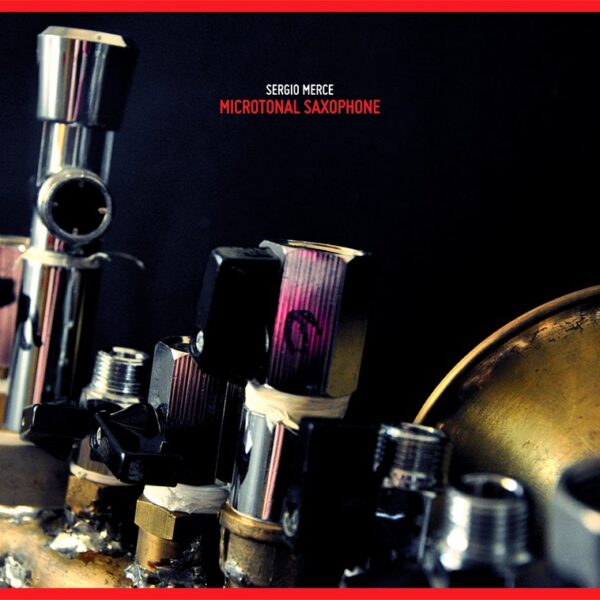 From prepared piano to rewired guitar pick-ups, in western avant garde traditions the physical deconstruction of musical objects has often been employed as a means to break down musical form and strip away the excess of tradition and context. Due to the nature of their construction and extended techniques horn instruments have, for the most part, missed these possibilities for sonic rearrangement. Attempting to redress this, Sergio Merce has replaced his saxophone keys with water, gas and compressed air taps, meaning the tuning of every note can be altered very precisely. His aim on this record is to force his composition out of the saxophone’s standard harmonic series and towards the possibilities of microtonal composition.

The ingenuity of the alterations to the instrument and conceptual rigour involved are startling, so thankfully the drones produced are equally fascinating. If you were to skip between the beginning, end, or any chance moments it would seem like there was no variation whatsoever. Tough sheets of crystalline pure-tone are built on one another, but cycle through variation rather than ever reaching crescendo or dynamic contrast. When the pieces all share such a narrow field of timbre, pace and structure it seems misguided even applying the term minimalism. The resonant notes oscillate then settle, competing for space and recalling the rumble and harmonics of submerged water pipes; essentially the same physical process being harnessed.

Yet, when following the progression of the resonant drones from within, the pieces expand and the range of tones Merce elicits from his saxophone seem almost unlimited. The act of breathing and tuning each note must surely be extremely demanding and minute alterations are used to create gradual but significant shifts. The sounds adopt a delicate, unfocused and disorientating quality comparable to the electronic work of artists like Eleh. Merce’s tinkering allows him to leap into a previously unattainable field, whilst transporting the saxophone’s core properties; the control provided by breath and embouchure, the tentative reed quality and slow intermingling of notes. 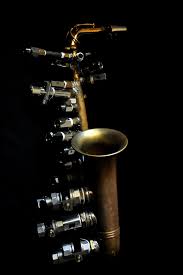 Although playing the instrument involves circular breathing and a sustain pedal, the object and techniques it requires are intertwined; it is almost impossible to imagine what a different performer could achieve with the same object. This means that the sounds produced are completely idiosyncratic, but due to that uniqueness, somewhat characterless. Microtonal experiments, without major or minor grounding, can demand a great deal from the listener and the debate surrounding the distinction between academic exercise and expression will not be resolved through this recording. It is solely the presentation of this object and the exciting transformation of saxophone pitches it can produce. The act of simply presenting a radical vocabulary is effective, but it is far more exciting to imagine the possibilities for Merce’s future composition. Sergio Merce belongs to a group of composers seeking to physically cut away expectations and techniques for their instrument and this record documents an aspiration that will hopefully continue to flourish.