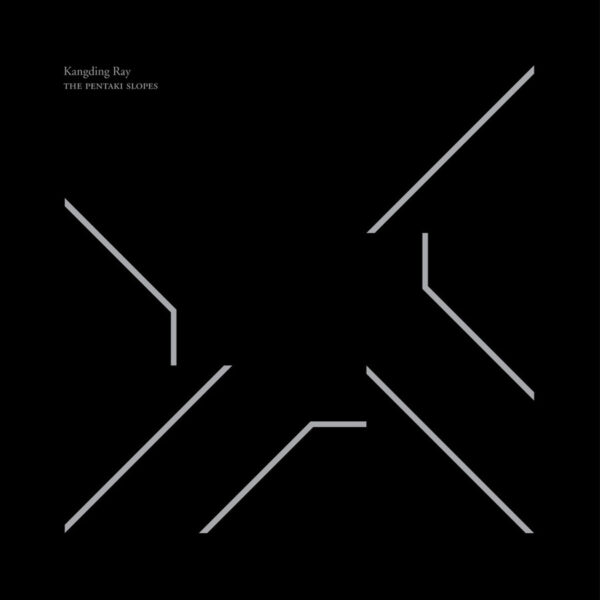 Twilight soundscaper David Letellier steps inscrutably into play with this low, throbbing 12”. The more recent LP ‘Solens Arc’ hasn’t quite gelled for me; its fusion of skin-tingling industrial futurism and more staid excursions into tepid 90s techno leaving me hot and cold in intervals, so this small serving from 2012 – effectively a distillation of that album’s more illustrious attributes – is a welcome morsel indeed. These three tracks wade through a viscous black nightscape that shivers slowly in a cold wind that harbours troubling news. Opener ‘North’ is the dancefloor number (or best approximation of one), hopping to with an outlandish, strut and menacing, midnight mystery air. Emaciated to ‘Sine O’The Times’ slenderness (Kode9, not Prince) is the woozy growling, three-minute bridge ‘Plateau (A Single Source of Truth)’, while the closer, ‘South’ takes all the time in the world (well, ten minutes of it) in unfolding its lurching bass and flourishing synths to get as proggy as this guy’s ever going to.

Crushing the unworthy underfoot with a similar ruthlessness, Peder Mannerfelt’s muscular rhythmic constructions skirt between the serrated, cerebral abrasiveness of noise-techno architects such as Emptyset and Techno Animal and the anaesthetized breaths of Gas and Porter Ricks; all the while driven by a deeply satisfying current of bulldozing sub-bass. Good company would Mannerfelt find on the Raster Noton label, with whose artists he shares a similar level of mental stamina: many of his pieces developing over painful minutes in painfully minute and merciless increments. ‘Derrvish’ springs to mind (as I’m listening to it now): a piercing, metronomic swing of dissected airhorn (I think) bedded on a battery of blast beats. Highlights are hard to pick in so varied an assembly, but if ‘Africate Consonants’ offers little optimism, the serrated shreds of its lightning personality are electrifying. And one of the more ‘atmospheric’ interludes, ‘Nihilist 87’ summons a fog of enveloping tension with a combination of distant vehicular beeps and a tension inducing rattle I’d more readily associate with electroacoustic music. Mannerfelt has served time as dub techno purveyor The Subliminal Kid, but since 2012 has released a small number of 12”s (and this album) under his own name. While traces of that trajectory are discernable, apparent is it that ‘Lines Describing Circles’ is something of a bid for renewal. To my shell-shocked ears it’s a fresh sounding debut and a damn impressive one at that.

More ascetic still, but sparing not the rod, Pixel (aka Jon Egeskov) offers us eight stripped-down, robot dreamscapes woven from webs of static, electromagnetic rays and supra-alphabetical Morse code. To my ears there’s an evident debt to Carsten Nicolai and Mika Vainio, whose shared taste for the impenetrable and only the most necessary ingredients grants him illustrious peerage. Judging by his deadpan portrait on Discogs, the man finds absolution in defibrillating, dissecting and static-swabbing his still-breathing rhythms as they thrashing wild beneath those cool green eyes; an appetite for reduction he exercises without compunction, as on ‘Steel Tape’: a jittering, arrhythmic minimalism that seems ever on the verge of giving up the ghost. The same goes for much of this album, though impressive is the extent of Egeskov’s care in organising so few elements into pieces both sparing and fulfilling, for me in particular on ‘Nesting Screen’: a slow swell of fluctuating sine and static pulses. Interestingly, Egeskov studied saxophone at university, and it is suggested that he imports a ‘swing’ element into these electronic studies. Not something I can readily identify, but clear is it that he possesses a tremendous affinity for metallic objects and their potential for humanisation.