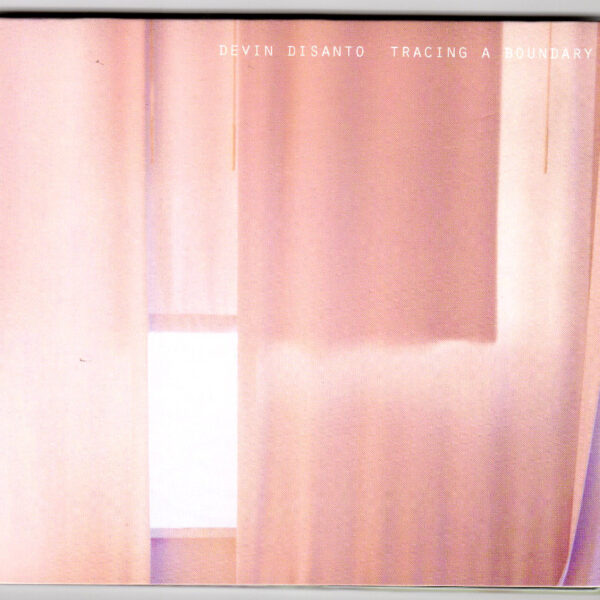 This is an odd one. At first, this sounds like a fairly standard airy slab field recording. Someone, presumably DiSanto, is going about his business. We can hear the sounds of people and traffic in the background, and what sounds like DiSanto rummaging around. Occasionally there are more dissonant sounds, a loud hissing, for example, which suggests some other activity. There’s the odd twang of a guitar and ukulele at around the 35 minutes mark. Not exactly the most dynamic thing I’ve ever heard, but actually quite engaging. There’s looseness to it, a lack of focus that renders it pretty engaging, not engaging the deep listening way that you might listen to a more intense nature recording, but the kind of pleasure you get on those afternoons when you can hear the neighbours bustling around in their backyard and you can’t help but eavesdrop.

Yet there are several things that hint this might not be as lackadaisical a recording as you might expect on first listen. The first thing is the number of musicians credited on the back of the CD. Trumpet, trombone, two guitarists and a ukulele – not to mention a bass clarinet credited to DiSanto himself. Then there’s the fact that, as well as these musicians, a group of different people are credited as ‘performers’. Finally, there are the periodic vocal interventions from Desanto, mainly announcing lengths of time. So, for example, at around the 13-minute mark, he says ‘Eight minutes’.

What is going on? If I’m honest, I have no idea. But I like it. It’s as if Disanto has assembled his musicians for a Wandelweiser-style quiet performance, but one where the process of setting up and preparing to play is as important as the playing itself. By doing this, it unpicks the conventions of this kind of performance. It seems to conflate the bustling, workaday nature of preparation with the intense focus of the playing – an act which itself combines as it does the physical acts of plucking or bowing with the intellectual activity of listening and responding to other musicians – into a single plane of action.

Or it might be something completely different. There’s no talking, for one thing – apart from the aforementioned vocal interjections – which undermines my thesis that we’re eavesdropping on preparations for a performance. It’s all very mysterious. But it is a playful mystery, like Tom Waits’ ‘What’s He Building?’ as performed by the cast of The Good life. It’s something that invites us as listeners to join the dots that DiSanto has left for us, pushing us to bring our own view of what we think this piece should be. An enigmatic, beguiling and yet strangely satisfying work.