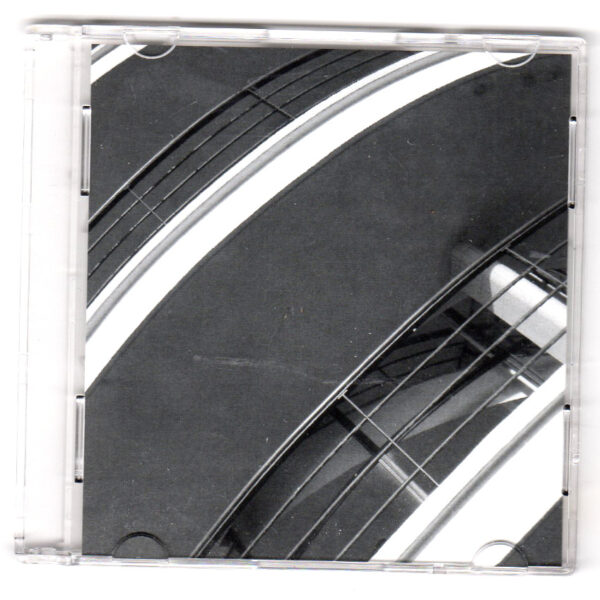 Full marks to this gargantuan double CD set of remastered rare tracks from latterday industrial-mode doomoids Maeror Tri. I only ever heard them on a seven-inch split they made with Crawl Unit in 2000, which represents but the merest sliver of the back catalogue of these gloomy droning Germans who did everything with masses of diabolical guitars and effects pedals. Meditamentum (ZOHARUM ZOHAR 046-2 / NEW NIHILISM NN X) is itself a compilation of Meditamentum and Meditamentum II, released in 1994 and 1999 respectively, and it gives the listener a rich slew of material originally released on cassettes in the 1990s (mostly). Any clown who’s ever formed a “Cold Depressive Black Metal” tape in their bedroom in the last fifteen years pretty much owes everything to Maeror Tri, who prove themselves past masters of the atmospheric, oppressive and miserablist drone. More than that, they did it with real authority and the weight of conviction behind every flanged note they struck from their filthy black Telecasters, plus there’s a lot of variety and texture in their multiple approaches to music construction. I’d say there are enough “alternative sonic worlds” in this pack to keep you busily exploring for years. Only the artwork is a bit drab; it would have been nice if the band’s “monad”, composed of three sticks in a triangular form, could have been more prominent. From 03 October 2013.

Syrinx likewise have a tinge of darkness in their Landscapes (QUIET WORLD THIRTY), but it’s tempered with a respect for nature and an outdoorsness that Maeror Tri, locked in their unholy temples of Hermetic insanity, would not dream of. These three Northampton UK lads Baylis, Plenderneith and Saunders blend their instruments into a morass of pullulating frequencies until guitars and synth – if such devices were indeed involved in the making of this record – lose their voices in the collective tones, which ring like ghostly church bells of a gigantic size suspended over impossible landscapes. Solemn almost to the point of grimness, yet a terrifying beauty will emerge in time from these iron sounds.

Can’t get enough synth and drumming records…and some nice moments to savour on Astro Sonic’s Come Closer and I’ll Tell You (HUBRO MUSIC HUBROCD2530), a Norwegian trio of young men armed with vintage keyboards, percussion instruments, drum machines and a Fender Rhodes piano. They have their lively and playful moments in the middle of this album, with brief but energised tracks where exciting rock-beats joust with some insane and far-out electronic effects, which seem to evoke a spaceship landing in the ocean or some other space-travel event ending badly. Their other main mode is more contemplative, where sweet melodies and pleasant retro sounds noodle away harmlessly in a major key, such as on ‘Orbiter’ or ‘Shoal’. At such moments they might not reach Eno heights, but they come close to Galactic Explorers or one of those other Toby Robinson studio bands from the 1970s Pyramid label. From 07 October 2013.

I’m now a firm fan of Noteherder & McCloud, the English duo of Parfitt and Reader who do such naughty things with saxophone and electronics, often blamming it out in real time without any cissy stuff like retakes, overdubs or “processing”. All of that rawness can be thine on the exceedingly impolite South Coast Lines (EXOTIC PLYLON RECORDS EP14) mini-CD, the first thing we heard since their The Bottle Loose In The Drawer earlier this year. On this occasion it seems that traffic sound – specifically that of roaring cars and maybe even trains – is contributing to the overall din on record, and the duo have to work like demons to make themselves felt above the general clamour. As such the whole record breathes a city-dwelling urgency which appeals to me enormously. This is the way saxophone and electronics should be – dirty, inchoate, noisy. From October 2013.

Astonishing guitar work from Mike Cooper on Right (H)ear Side by Side (LINEAR OBSESSIONAL RECORDINGS LOR043), and we should expect no less from this English veteran prodigy of guitar manipulation who has played on a large number of records from the early 1970s onwards, not all of them “free improvisation” even, yet is rarely mentioned in same breath as Derek Bailey. He’s joined by Yan-Chiu Leung on the sheng and the music was recorded at a 2013 festival in Hong Kong. On ‘Hong Kong 1’ Cooper plays a variety of styles – atonal free improvisation into blues-based riffing and out again – before settling into an eerie textured drone with throbbing pulsations as if trying to recreate a slew of Tangerine Dream LPs with a single set-up, which includes a resophonic guitar, a sampler, a delay pedal, a fuzz box and something called the Kaos Pad. Further blues mannerisms surface on ‘Hong Kong 3’ along with a distressed harmonica, in a minimalist oriental-style portrait of bleakness where the bittersweet interplay with Leung’s sheng is enough to give a grown man a shivering fit. If that doesn’t satisfy you, the sheer inscrutable bizarreness of ‘Hong Kong 4’ will have you finishing your imported beer, asking the waiter to bring you your bill…and a straitjacket. What dissonant eruptions, what measured yet devastating manipulation of the strings into the X-dimension. An unassuming CDR which contains wild music fit to rank with any of Fred Frith’s 1980s noisier works. From 21 October 2013.