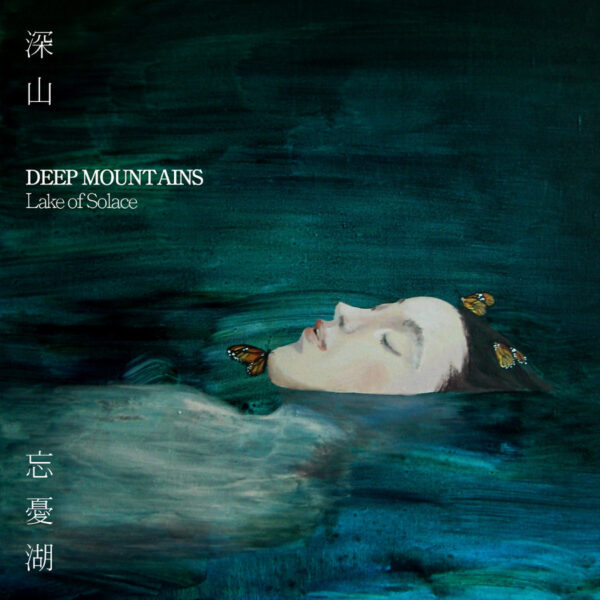 Deep Mountains is a Chinese black metal band and “Lake of Solace” is the musicians’ first full-length release (after an EP released in 2010). The band’s existence and the presence of other Chinese black metal bands in a small scene are testament to the spread of the music across the world since its emergence in Norway 30 years ago: in spite of being ignored or avoided by the commercial music industry, black metal can truly stake a claim to being an international music phenomenon.

The music mixes elements of epic melodic post-BM and what might have been called blues and hard rock in decades past. It’s almost as if Deep Mountains are compressing the history of rock and metal, stretching right back to the 1960s almost, into one package for the benefit of their audience. Black metal is just one of several influences that add flavour to the overall mix: it adds toughness and a sharp steely edge to the music and the raspy BM vocal brings harshness and aggression. The songs tend to flow into one another with barely audible breaks. An early track, “Wind and Stellar”, combines typical BM tremolo noise guitar and spidery BM voice with passages of lilting melancholy acoustic guitar music, desert-desolate lead guitar solo yodel and clean-voiced singing with some Chinese melody structures.

The guys do not forget that they are playing to an audience eager for foreign Western cultural fads: “Detachment” includes English-language spoken-word recordings about rebelling against being dumbed down and maintaining personal integrity and honour, and the music features pop-friendly riffing and melodies and some very pretty moments of introspective ambient post-BM guitar tremolo tremble. To Western ears, having to concentrate on the music rather than the lyrics (I can’t read Chinese), the song can seem very ordinary, almost as if a couple of musicians were sleep-walking through their parts.

The second half of the album, consisting of four songs, seems to be a unit in itself. “Lake of Solace (Part 1)” is a meandering, mostly acoustic-guitar instrumental with birdsong and other nature-themed field recordings: very pretty and pleasant to hear but at over 7 minutes in length, it’s too long and needs pruning here and there as there’s not a lot done in 7 minutes that couldn’t be squinched into 3 or 4 minutes. The second part is more bearable as it includes BM vocals and guitar-work but again there are long sections where the music seems to lose focus and dog-paddles aimlessly, and near the end the song descends into sappy syrupy music territory. “The Ballad of Nai River” seems to be an adaptation of a traditional Chinese song as the female vocal follows a Chinese melody and the only contemporary aspect is the acoustic guitar backing and the field recording of water drops.

For me the album doesn’t have much BM teeth and the band’s style is now better described as a rock and blues mix with some BM influence. The latter part of the recording emphasises more melodic and clear-toned music. While the album isn’t bad, it could certainly be improved with some editing for length on most songs. In the later sections of the recording, a bland quality is creeping in. I earnestly hope this isn’t a sign of DM bowing to pressure to satisfy the faddish demands of their home audiences.