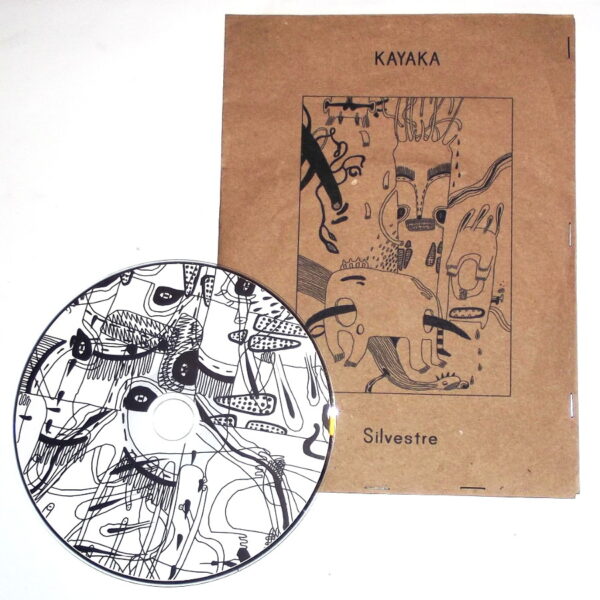 Two more delightful lovely records from Kayaka, the Japanese creatrice who is Kaya Kamija and sent these along from her Berlin address in October 2013, both modest in presentation yet quite profound and inventive in their musical scope. It so happens they are both released on Ostroga Records, a micro-label based in Russia, one of whose packaging strategies apparently include fastening the sleeves together with staples or sellotape. Silvestre (OSTROGA OTR-025) was made in Galicia during 2012, and may reflect something of Kayaka’s experiences travelling / dwelling in that part of Spain, not that you would know as the odd music we hear is not especially “Spanish” in tone and more resembles a psychedelic version of gamelan crossed with other exotic world music, what with its quarter-tones, irregular rhythms, and assorted non-Western idioms. A one-woman production, I expect it’s been realised with her intuitive and mysterious approaches to playing her electronic devices, creating percussion loops out of unlikely sources, and blowing her clarinet – which she does with the colour-sense of a Henri Matisse cut-out and the free brushstrokes of a Franz Kline. What a unique sound she wrings from that woodwind stick – if only she’d lived at a time when Rudy Van Gelder could’ve captured that sound at Englewood Cliffs along with a crisp rhythm section. But there may be some field recordings and found music too; it’s hard to be sure, due to the hazy mix and dreamy tone of the album. Yes, it’s a pleasant dream too. Each track stands alone as a piece in its own right, creating a unique mood or tone-poem, evoking beautiful landscapes and nature-visions, quite often populated with colourful beasts such as the “brushcodile”, the “salamandra del portal”, or the charmingly eccentric “cows on a river”. If those cows aren’t standing on the surface of said river of their own volition, I’d be deeply disappointed. Gentle, understated, but Silvestre is daringly innovative in places and emerges as uniquely her own work. For more of her bass clarinet work, may we recommend Bass Clarinet Songs if you can find a copy. 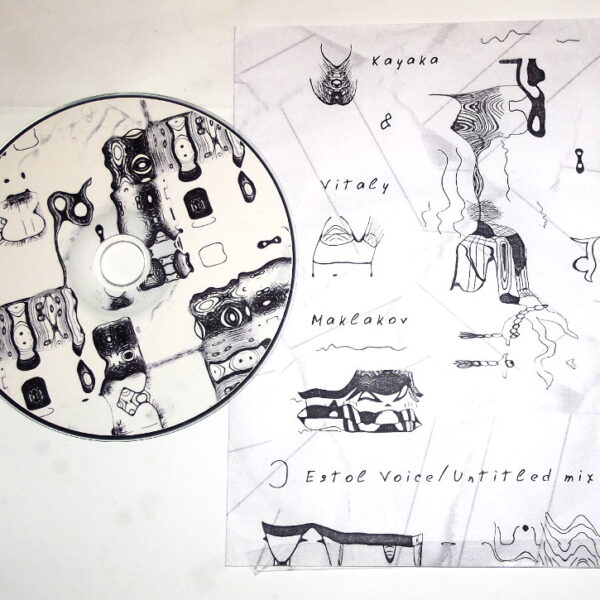 Estol Voice / Untitled Mix (OSTROGA OTR-022) is a split album where Kayaka turns in six unusual cuts on her half, Estol Voice, apparently layering field recordings of childrens’ songs, chants, dialogues and clapping games on top of her self-made sounds to build elliptical, unpredictable compositions. These clonkoid rhythms she lets loose like crippled turtles in a marsh leave enormous gaps, meander down unexpected pathways, and are characterised by a slightly abrasive and peculiar “grindy” sound arising from her primitive electronics and more of those wonderfully idiosyncratic clarinet blarts. I like the rough-hewn “thrown-together” qualities of these tape assemblages, even if they are a tad less satisfying than the mysterious dream worlds of Silvestre; there is an unfinished quality which adds charm, as much as the lo-fi recording quality and the generally surreal atmosphere she concocts so elegantly. Unlike Silvestre, Estol Voice is much of a piece and effectively uses the same basic approach spread across six songs, with the exception of one cut which features a ploinky electric piano backdrop which, in this context, is about as unexpected as a purple spider dropping down the chimney on a single strand of platinum web. Vitaly Malakov‘s half of the split, Untitled Mix, is a rather uncertain journey which may combine low-key field recordings with odd static and rumbly white noise; I do like the multiple layers and the ever-shifting textures on offer from Malakov’s barbecue pit, but the captain of this airliner doesn’t appear to know where he’s flying next, apart from his preference for steering into bad weather and braving electrical storms. Still we must acknowledge that Malakov, also a member of Kromeshna and Light Collapse, is the label boss of Ostroga, so on evidence of above he’s clearly doing something right.