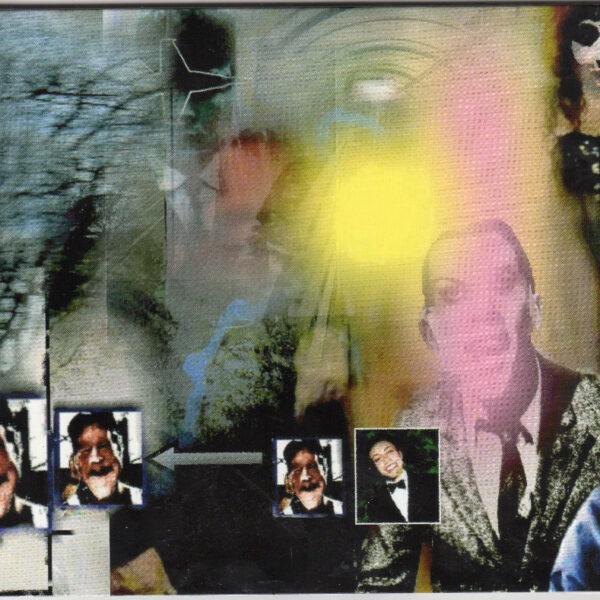 “I have wrestled with death. It is the most unexciting contest you can imagine.” Thus spake the narrator of Joseph Conrad’s Heart of Darkness, and a similar sentiment informs this patchwork of dreamy drones and disquieting interactions between monologue mentalist Bryan Lewis-Saunders and others. The story – to refer to it thus – is dissociative in nature: five narrators cut off from the bigger picture, delivering pseudo-psychoanalytical monologues to empty space; monotone responses to truncated messages; while language constitutes the chiefest obstacle between event and emotional experience. We recognise this in the separation of call and response by expanses of grey noise, snail-slow samples and by the meaningless verbosity of the discourse itself, which at best resembles robotic academics gainsaying each other with the emptiest of collocations.

The process of compiling and assembling the ingredients took Murmurists mainman Anthony Donovan some two years, suggesting a measured, on-off relationship with the project, which the long passages between speeches reflect as clearly as an internal monologue. The methodology employed might correspond on paper to that of musique concrète, though at risk of implying a hidden purpose it might be better to split hairs and call this a collage in which – as Donovan himself reminds us – ‘all signs fail to signify’ (to this listener, certainly). The emotional anti-drama of total alienation – from self and others – washes over the listener in bleak and unyielding drones and echoing industrial emptiness, with distorted snatches of warehouse electronics; remote, purgatorial choirs and martial rhythms underlining the dormant frustration of those unable to articulate emotion. Such sounds he extrapolates from several solo improvisations informed by presumably gnomic mandates.

For sure, the ‘love’ looks unlikely to happen for as long as these sexless, wordy correspondents continue to draw breath. In spite of this, the overall composition, though relentlessly bleak, is never less than hypnotising: its lack of drama a reassuring certainty for those able to surrender to ennui. If you thought Chris Morris’ JAM sketches were too rich in humour and direction, then these forty-five minutes should assuage that dissatisfaction.