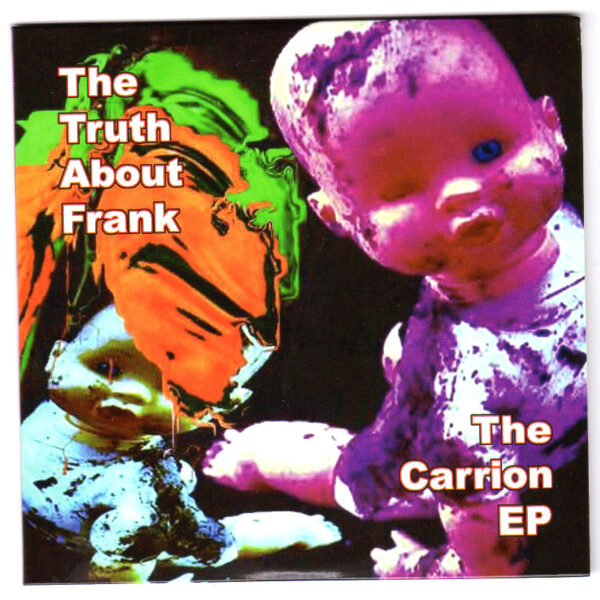 From The Truth About Frank we have their fourth release The Carrion EP (LYF RECORDINGS LYFCD004). This release is worth investigation for the major outing ‘About Frank’, a 22-minute patchwork concoction which our favourite Leeds-based duo of electronica experimenters put together for a radio programme called Crow Versus Crow, where it was broadcast in the spring of 2012. I say concoction, because this particular slice is quite heavy on the edits – so noticeable that even I can make them out, whereas usually I have the impression of TTAF pouring their nightmarish goop out of their orifices in a continuous stream of evil ectoplasm. I like this restless “episodic” style though, and it’s satisfying my thirst for the bizarre and the occult with its grotesque voices, these devilish characters occasionally lifting their faces up from a fetid swamp of unnatural drones, worrisome organ chords, and grisly sound effects. It’s also deliciously incoherent, retaining all the fractured logic of a bad dream. Top marks for that lead-off cut, and ‘Organism Dying in Transit’ is also quite a spooker-maroo, the bare bones of a mysterious horror-story narrative etched faintly in menacing ambient tones. There’s also the short cut ‘SmoKing’ which flashes past like the music to the opening credits of the most horrible and violent gangster movie you wish you didn’t have to watch, but you are compelled to do so. From November 2013. 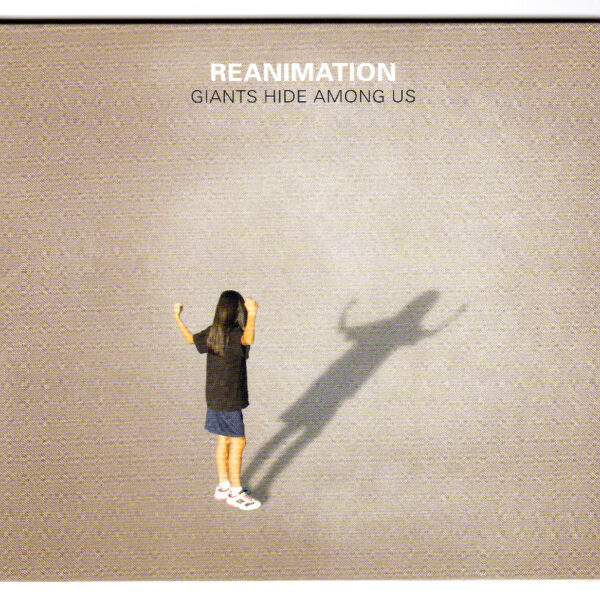 Long overdue notice for a very accomplished album of contemporary rock by Reanimation. His Giants Hide Among Us (WIN091211) contains 8 long tracks of taut, crisp instrumentals and songs on which Michael Shanahan plays just about everything in sight – guitars, drums, bass, synths and e-bows – and is capable of coming across like a more user-friendly edition of Isis. He’s got the same kind of relentless drive, the sense of instruments locked together in a very precise forward-movement surge that has no need of excessive guitar or keyboard solos to make their point. Power through overdubbing…my personal preference is for the instrumentals over the songs, but that still gives me a good 50-60% enjoyment rate. 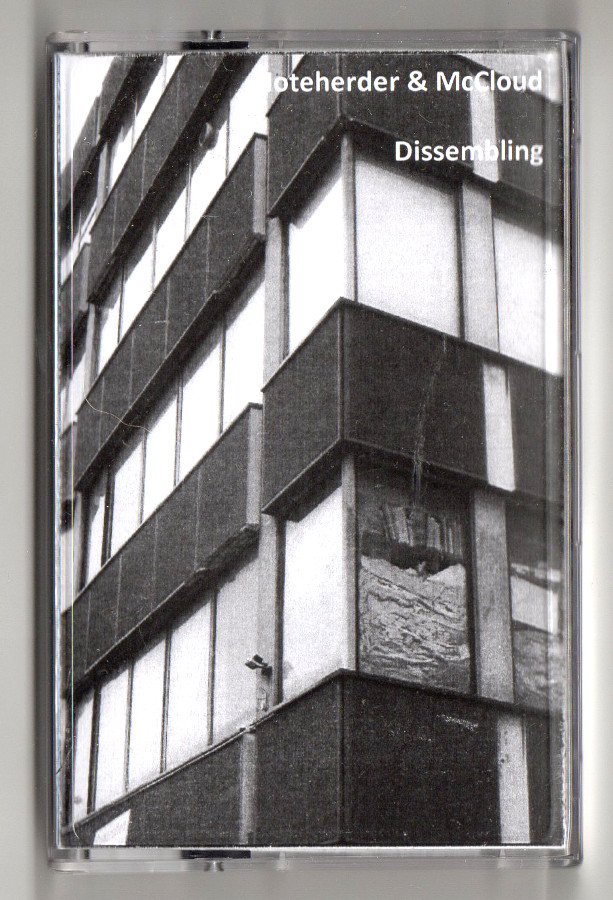 From 12 August 2013, another item by Noteherder & McCloud, whose last release sent most listeners into a tizzy with its crushing recognition that modern urban life is a confusing, choking sprawl leading to an early grave for many. On the cassette tape Dissembling (NO LABEL) they have moved themselves into another zone up where the air is sweeter, but still occluded by the clouds of doubt and ambiguity. The recordings here are from a live event organised by Paul Morgan in Brighton as part of his “Aural Detritus” series, but something went slightly wrong in the room with the recording, and for this cassette tape they’ve had to present two separate recordings of the same event…they call it “a kind of do it yourself kit”. What this means is that one side is dominated by the saxophone player (Chris Parfitt), coming across like a melancholy reverso-version of Sonny Rollins, a sax player from the sad lands where he never got to hear any Jump or R’n’B bands and is doomed forever to eat his own innards. It’s practically the sound of a saxophone swallowing itself. The other side is mostly owned by the synth-player (Geoff Reader) where he sees fit to dial his devices and send us bodily spinning into freefall – a slow-motion parachute dive over the edge of a 200-mile crevice, inducing unwelcome sensations in the pit of the stomach. In amongst the grotesque rising-and-falling electronic wheezes that he pumps out from his analogue intestines, the ghost of the sax player struggles to break through from the other side of the spirit world, seeking to gain entry through the mirror. From the taping disaster in Brighton, this plucky team have salvaged a very effective and chilling statement.