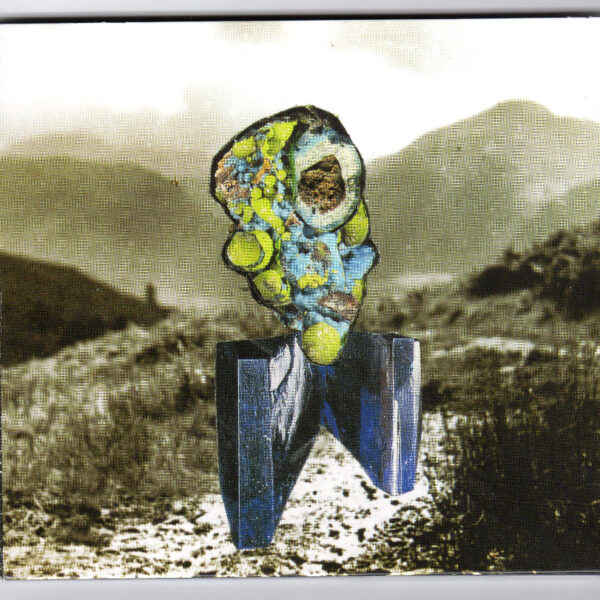 Richard Dawson‘s The Glass Trunk (RICHIE’S OWN LABEL ROL 131) arrived here December 2013. His starting point was a commission to produce musical statements using materials from the Tyne and Wear County Archives; matter of fact, Warm Digits likewise produced a piece under the auspices of this “Half Memory” project. Reading Dawson’s notes about the experience, it’s clear that he did what all historians should so when they encounter archives that are hundreds of years old; “read the documents until they speak to you”. His total engagement with this content is made clear by this artistic statement. He transformed his findings into these seven songs, which he sings unaccompanied in a flat, creaky voice. Local history comes alive in this process; Dawson has concerned himself with the lives of ordinary people and concentrated on incidents that would otherwise have been overlooked. He indicates that “family” is a strong theme, as is “the functions and consequences of violence”. In between the songs, we hear musical interludes played by Dawson with his guitar and accompanied by Rhodri Davies on the pedal harp, and together they will jangle your soul with their rugged and very direct free music. A significant achievement; it’s no stretch to suggest that Dawson’s labour-intensive process represents a truly radical and inventive form of modern folk music. Packed in a digipak with a booklet of explanatory notes, and collages. I never thought I would see an image of the stacks of a County Archives featuring on a music release, but here it is. Very good!

“I have never been to Mars, but sometimes I drop by…” so says Patryk Zakrocki, annotating his Martian Landscapes (BOLT RECORDS BR 1020) mini-album, just a single 27-minute track of music which he composed at the University in Teremiski. The basis for the music, gently and tinkly it be, was various percussion instruments such as bells, marimbas and metallophones – the latter being a generic name for tuned percussion, and applicable as such to the Javanese gamelan. The recordings were aftwerwards treated in his home studio, using filters and oscillators and additional instruments such as whistles and flutes. The depiction of a Martian landscape raises that old spectre yet again, i.e. the links between modern music (especially electronic music) and our perception of outer space, a subject about which I am sure many a doctoral thesis has been penned. Zakrocki himself is clearly well-informed about science fiction, and admits that his perception of planet Mars was formed in his childhood by books, images, TV and movies. In a way it might be that he regrets seeing the images from the NASA Voyager program. Scientific “truth” has a way of dispelling the richness of the imagination. However, I mention this incidentally as the delicate and charming music he creates here does not conform in any way to one’s highly personal and subjective expectations of how “outer space” music ought to be. Instead, this oddly-treated rattling percussive music takes us for a pleasant ride over the bumpy surface of a peaceful and serene planet. From August 2013.

On Horology (MONOTYPE RECORDS MONO057), we hear Lars Åkerlund, Jean-Louis Huhta and Zbigniew Karkowski plugging their wangs into the Buchla 200 synth at the EMS Studio in Stockholm, and producing thereby an almighty dollop of powerhouse analogue wallop, an extremely thickened and scaly drone, like something torn from the back of an alligator. It first stuns you into surrender with over 20 minutes of unholy, grisly noise – a distorted pounding chaos of white noise and writhing agonised moans that follows the familiar Karkowski strategy of utter remorselessness. This is then succeeded by certain chuggering rhythms, patterns and textures which admittedly are a shade more palatable – more in the area of a fleet of outboard motors, than a night spent in the factories of dark horror and gigantic machines that will grind us to a pulp. This mesmerising phase grows gradually in intensity, cramming multiple inedible wafers into the mouth of the listener, until the nasty opening noise returns with a vengeance to close out the piece. This leaves us in no doubt as to the world-view of its creators. If Horology were a morality play, it would be one whose lesson is “life is horrible, we all suffer, and afterwards we’re all going to burn in Hell”, or something equally dismal. We know Lars slightly from his Xenon album which he did for Firework Edition, and which was a decent piece of hissing minimalism, Swedish style. Old Huhta, the Swedish drummer with his big hair, is much harder to pigeon-hole what with his interests in noise music, electro-acoustic, multi-media installations and skateboarding. His Halfway Between the World and Death album from 2007 remains a unique statement of the other-worldly forces that we don’t yet understand. Zbigniew Karkowski was of course the famous Polish musician and composer who applied the “take-no-prisoners” ethic to everything he did in life before he passed away to the great Vodka mill in the sky. I suspect he was the one who drove this particular project down its path of merciless, continual grind, but I like to think there’s a redemptive side to the statement somewhere. After all, the cover art which draws lines between a large grey cube and a red pulsar is replete with possibilities for progress and human development. From August 2013.