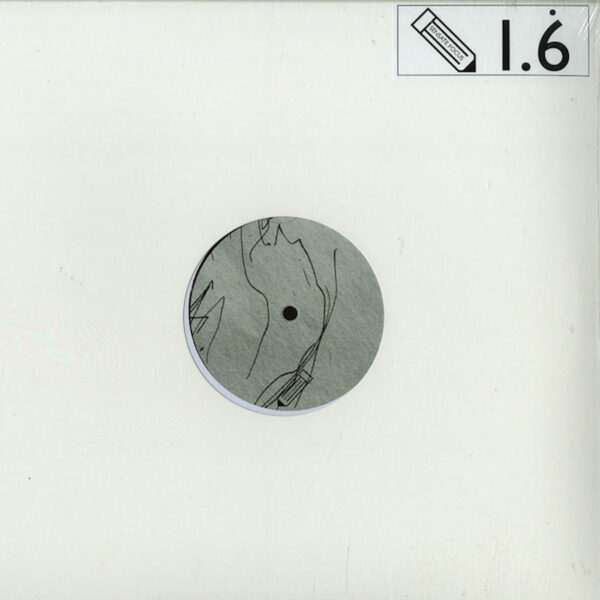 Worthy of its own Editions Mego sub-label is Sensate Focus: the ongoing collaboration between Mark Fell and (Vladislav Delay aka) Sasu Ripatti, yields as gripping and high-potential a collaboration as that found between wood and graphite; Fell gene-splicing his warped geometry techno with the low-blows of Ripatti’s velvet-punching variety. Forsaking the traditional A/B side format, the duo split the results between vectors X and Y for the first instalment: 1.6666666(…), which pairs two, ten minute tidal swells of post-industrial house comprising split-second garage samples, which are cut, pasted, looped and layered into a juddering swarm of skewed time signatures, while remaining somehow rhythmic. These teasing tussocks gain terrific momentum, with significant pitch and tempo swings as they wind up for a terrible blow that never actually lands, as if we could live on the cusp of a killer beat forever. As approximations of dance music go, this is original and exciting stuff in a field so utterly homogenised by ubiquitous pre-sets so I’ll be looking out further volumes. And as a bonus (wood and graphite fans take note): ordering the record directly from the label lands you a free pencil, so get write on it! 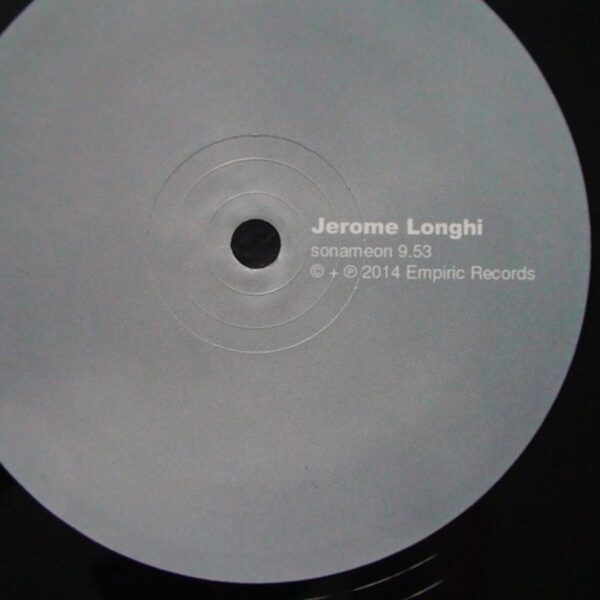 This downtempo debut 12” from producer Jerome Longhi offers us listeners a welcome break from the need for adventure in our lives, like an idyllic seaside postcard that becomes fleetingly real. The immersive new-age prelude of A-side’s ‘Sonameon’ is a slow, shimmering synthy sunrise, not unlike the new-world ambience of ‘90s Future Sound of London, with misty-morning, exotic-girl chants, vocodered warbling, and ponderous beats that rise and fall from the other side of a coma. A shade darker on the B-side, on ‘Sonomeon’ a maudlin piano phrase leads into a rain-drenched trip-hop number with a sinister ‘someone’s coming’ bass-line keeping watch over an assortment of skulking rhythms, distant birds and a mild synth wash that lends an ‘80s B-movie vibe. It’s not the most adventurous of listens, but nor has it any such pretensions; its charm lying entirely in its lack of exertion, and the refinement of its lilt and lift over the course of its eighteen minutes. Also evocative of idealised locations is Italian Composer Emanuele de Raymondi’s debut EP (but not album) Ultimo Domicilio (‘last address’): a travelogue of sorts, which follows a journey started by photographer Lorenzo Castore in 2008, covering five international ‘domiciles’ (in Italy, France, Bosnia, USA and Poland) that are claimed to have ‘a strong connection to stories of exile and war in European history’. The photographic project led to a collaborative video documentary exploring ‘the concept of individual and collective memory through the 5 domiciles’, and reading into the specifics of each location, it becomes clear that the connections Castore established between them are more tangential than initially stated: at one extreme he briefly chronicles the centuries-old home of an aristocratic Italian military dynasty, and at the other an apartment in Krakow he personally inhabited for six years. Artefacts constitute the underlying theme: photographs, documents, possessions and memories, which relate stories about a space and its inhabitants over the years.

Persuasive cohesion arrives in the form of this seventeen-minute soundtrack from De Raymondi, whose tools are the piano, guitar and sampler, with which he has constructed – without unnecessary contrivance – pieces that accommodate evocative rumours of dark ambient, doom metal, noise and modern classical genres. These five compositions pulse with satisfying immediacy for (alas) unsatisfying durations: big brother ‘Brooklyn’ clocking in at fewer than five minutes. Still, the music is far less maudlin than one might expect from a meditation on memory: big gauzy drums propel glitch piano fragments through the dusty murk of ‘Sarajevo’; heightened alertness manifests in machine gun rhythms and an upward swell of urgent refrains against a wall of doomy guitars in ‘Brooklyn’; a feeling heightened and suddenly severed in closer ‘Krakov’. Foregoing the temptation to drift on a sea of false nostalgia, De Raymondi seems to have responded quite authentically to the specifics of each home, reflecting of an attitude of perseverance in surroundings traumatic or simply subject to the erosive effects of passing time.