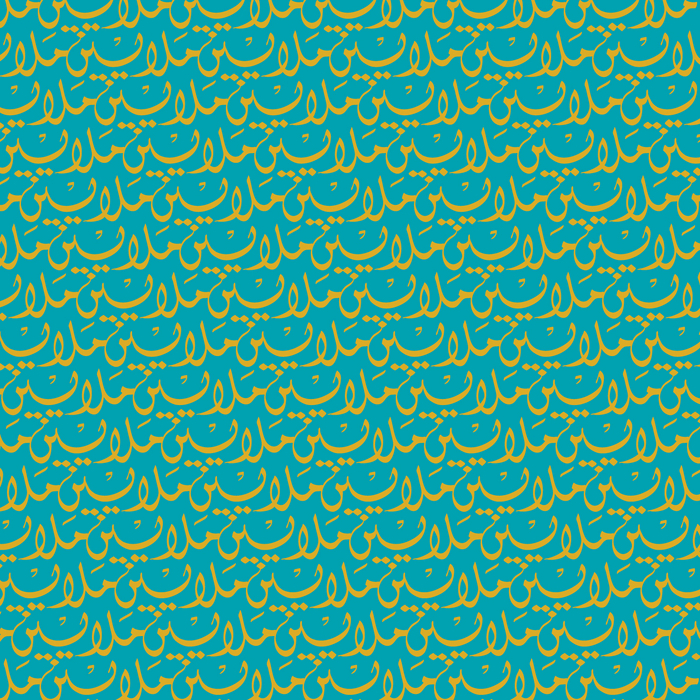 A triumphant set of tunes from back-and-forward-thinking Lebanese trio, Malayeen, who are indebted to the genius of Egyptian guitar legend Omar Khorshid. His distinctive contribution to traditional Arabic music styles earned him an illustrious entertainment career and lofty gigs with high profile personalities such as singer/conductor/movie maker Abdel Halim Hafez, and Oum Kalthoum; regarded by many as the greatest Arabic singer of all time. My introduction was via a crucial 2010 collection from his purple, mid-‘70s period on the Sublime Frequencies label, and I am frequently reminded of this while enjoying these seven vibrant instrumentals, which adopt both Khorshid’s mannerisms and an appropriately respectful interaction between the key components of guitar, organ and percussion. Much of the music on which this is based was composed for belly dancing, and accordingly each of the pieces takes its name from Khorshid and a sextet of belly dancing luminaries.

As tribute acts go, this bears no relation to your common or garden horde of ‘whodat?’ indie Herberts. Our trio (consisting of Raed Yassin (Keyboards, Turntables & Electronics), Charbel Haber (Electric Guitar & Electronics) and Khaled Yassine (Darbouka, Percussion) were drawn together by a mutual love of the master’s work, and import an appropriately reverent yet ‘experimental’ rigour; effectively deconstructing and reassembling original pieces in their own image, with sufficient remaining genealogical data to indicate paternity. There’s bags of talent on show too, not that Malayeen are much about showboating, not during the first side anyway: in this slow, scene setter an electric organ hangs monolithically over opener ‘Omar’, into which Haber etches sombre, calligraphic poetry: it’s a ‘less is more’ mentality that lasts until side two, the demonstrative high point of which is the seventeen minute ‘Samia’, in which Haber’s soaring, Fripp-esque lines carve white trails over Yassine’s galloping darbouka, morphing in the fifteenth minute into a stately dialogue between a smokier, heavy-lidded guitar and wildly undulating organ lines. Once ‘Najwa’ is in full flow though, drums and percussion are behind everything, upping the intensity all round till the final note.

The risk that has paid off here is the interjection of electronic textures and effects; exclusively so in ‘Dina’, which treats the percussion to all manner of energised filter sweeps and back masking effects. Granted it’s a bit of a remix effort, but soulless café lounge remix fodder this ain’t: in lesser hands than Yassin’s such potentially foolhardy antics would age a record more than a lifetime of heavy drinking. Instead we have an exotic futurism that should age nearly as well as the group’s great inspiration. This record is (reasonably) limited to 500 copies, and comes with a full colour poster by Omar Khouri.