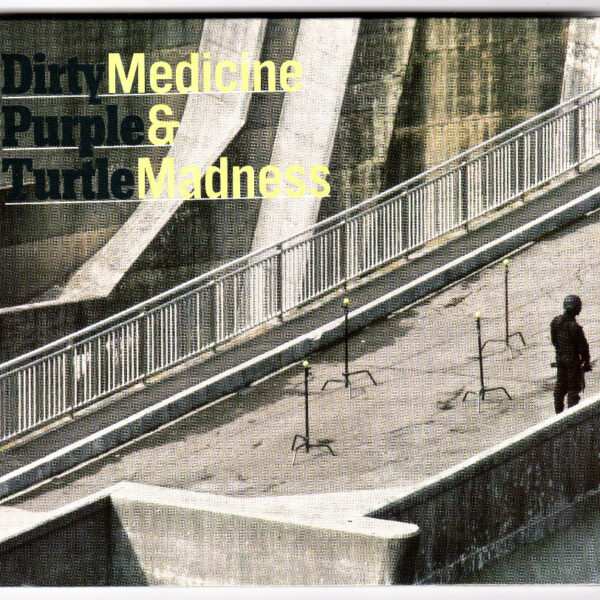 Dirty Purple Turtle are a Swiss combo doing a plausible pastiche of rock music styles on Medicine & Madness (SPEZIALMATERIAL RECORDS SM044CD025)…mixing the now-famous unstoppable drumming rhythms of Klaus Dinger (Neu! and La Düsseldorf) with minimal synth noise and vocalising that inherits the blankness of a million Human League impersonators and the laid-back stoner vibe from certain strains of American punk…elsewhere, we hear pleasing electropop melanges that are just the right side of the “Cold Wave” camp to remain enjoyable and approachable, having mutated their way down some sliproad off Ralf Hutter’s Autobahn. The trio of Daniel Zimmermann, David Zingre and Lukas Pulver do all the songwriting and make the music; Zimermann supplies most of the sounds with eighteen hands, while Zingre drums with feet of an impala. The variety and texture is added to a large degree by the talented guest vocalists, which include Sean Frank Claassen, Severine Steiner and Reto Wittwer, but it’s Zoe Binetti who stands out for me, bringing the correct amount of drama-school precision to her tracks. On ‘Gods Left Eye’ she spits out a clipped monotone recit with the perfect balance of cynicism and desperation. Matter of fact, all the singers / vocalists are required to limn a portrait of some uncertain future time where everyone is already half cyborg or else has simply had the humanity crushed out of them by market forces, yet they still manage to retain an iota of dissent and rebellion in their tone. To that end their voices are almost invariably fed through a battery of distortion and flattening effects. The cover photo hints at this dystopia, with the usual “concrete jungle” imagery and the old “railings” photography cliché suggesting that cities are no more than a prison for the populace, with an armed and helmeted police guard vigilantly surveying the compound. Since they apparently share common ground with France’s most elegant urban paranoiac Franck Vigroux, maybe they sneak over the border in a VW van and team up with him some day. From 2nd January 2014. 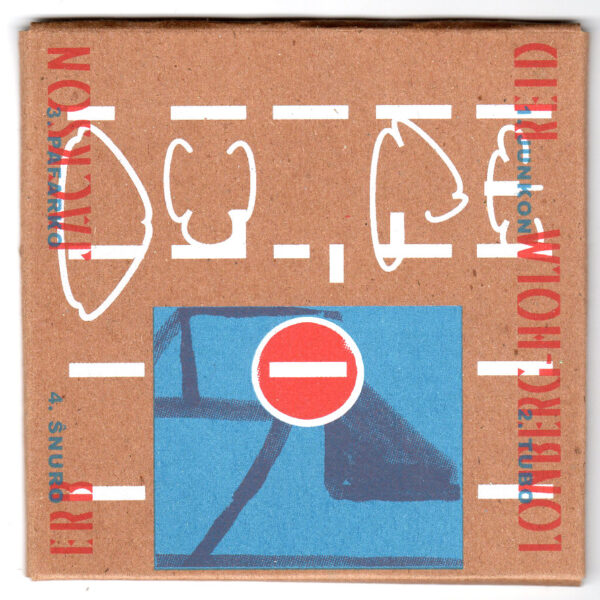 More cello goodness from Fred Lonberg-Holm once again teaming up with the Swiss woodwind fellow Christoph Erb, last heard from with 2013’s Feel Beetrr. With addition of Keefe Jackson on sax and bass clarinet, and second cellist Tomeka Ried, you’ve got a winning combination of earthy and eerie tones happening right there in the room while you enjoy a snack of strong black coffee and organic biscuits. Duope (VETO-REC / EXCHANGE 008) is explicitly intended to be “exploring the options of sound” and perhaps no more than that, so everyone playing is moving beyond the narrow expectations of free jazz or improvisation and just creating bucketloads of fascinating tones and ear-crumpets, just for the pure joy of doing it. Strange moanings and heaving stretchy forms wrap around each other like gigantic friendly tadpoles holding a wrestling match beneath the sea. No attempts to fall back on syncopation or swing feeling, and yet the internal logic of each writhing episode is highly dynamic, the lifeforms and organisms constantly dividing and multiplying in unexpected fashion. However you can also feel the jazz intuition from all four players underpinning the work; when classically-trained musicians attempt anything vaguely atonal like this, assuming they can even do it without breaking into a superior smirk at their secret knowledge that it’s not “real” music, it usually ends up stiff, awkward, contrived. Not here, mates. Beautiful screenprinted chipboard cover, as usual. Arrived 14 January 2014. 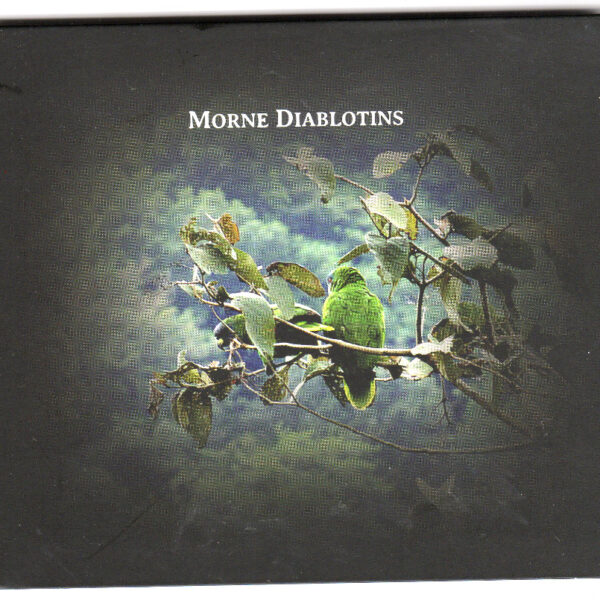 Vivid and beautiful recordings of exotic birds, frogs and insects abound on Morne Diablotins (GRUENREKORDER GRUEN 139), a collection of immaculate field recordings made by Rodolphe Alexis. Its subtitle is “a walk among the Lesser Antilles, Guadeloupe and Dominica,” and the creator’s intention was to catch a glimpse of the sort of unspoiled vistas the Caribbean Islands may have presented to the eyes and ears of 15th century man, i.e. before Columbus and (my forebears) the Pinzon Brothers set foot on the Bahamas. Alexis did his work by carrying his equipment to the large national parks and nature reserves of the Antilles, areas of which retain their “primary forests” [1. Some also use the term “old-growth forests”. It denotes a woodland that has achieved great age without any significant disturbance and thus boasts many ancient and unique ecological features.] on their volcanic slopes. Net result is another classic Gruenrekorder release of simple, unpretentious beauty. It’s all great, but the 18-minute recording of ‘Grand Etang at Dusk’ is stunningly beautiful, and its utter serenity should pass on a palpable sense of inner peace to the listener, allowing us to regain a strong connection to the very roots of the world, the essence of creation. Parrot-loving Rodolphe is also a sound designer, installation artist, and electro-acoustic composer associated with Double-Entendre and the Vibro revue. From 17 December 2013.