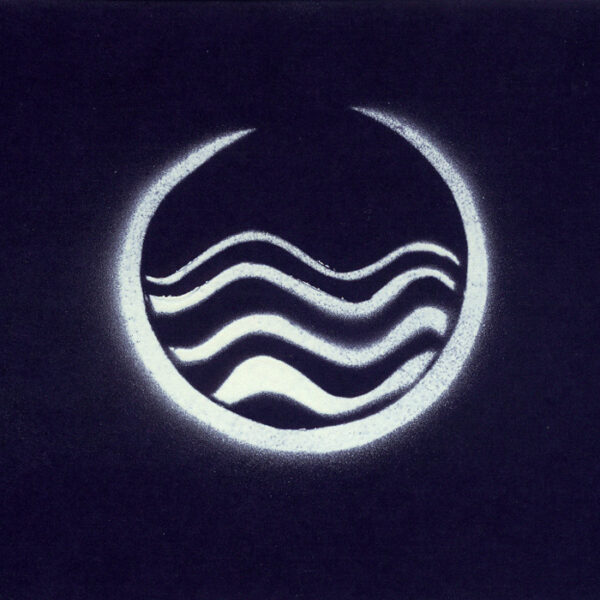 If you think the band’s name looks weird in English, it looks even stranger in Cyrillic – but the Cyrillic gives a better idea of how the name is pronounced which is actually much softer than its English pronunciation. The name is an imitation of the sounds owls make in the forest and was adopted by Danil Kharms for his project which is based in the Leningrad administrative region in northwest Russia. (The city itself changed its name by popular consensus but the region of which it’s the capital did not.) Kharms is part of an artistic group Utrovortu based in the area. Uhushuhu’s debut album consists of long amorphous and undulating experimental drone ambient sound-art works in which listeners can lose themselves completely for an hour at least – and then some, for even after the recording finishes, the soothing after-effects linger and coming down after drifting high in the sky takes its own sweet – very sweet, because it’s also very long – time.

We set off with the long track “Surface / Poverkhnostnaya”, a blissful composition consisting of a constant looping tone over which various frills, whooshes, sighs and other sonic effects flutter or merge into one another to form a strange but welcoming and beneficent world that may lead into something more vast. Probably the most remarkable aspect of this piece is the soft lush quality of the sounds: they have a gentle muted quality, very dream-like, and the impression of a fragile and ethereal veil dropped over the whole work, out of which some quite sharp and almost metalloid-insect twitterings might emerge, is hard to shake off. And some very peculiar animal life is indeed to be found here: skittery silver-silicon insect life-forms fly about in close groups, an odd bull frog burps its presence and other critters of mixed organic and cybertronic origins dart in and out of the undergrowth.

“Surface” alone (if extended into something more complex) would probably be worth the necessary entry fee and waiting period – I did wait for this album to arrive due to the, er, difficulties my favoured retailer had in obtaining a Russian-origin item that were not of either party’s making – but the Uhushuhu folks intend this piece as merely a portal to other otherwise impenetrable realms. “Underwater / Podvodnaya” doesn’t sound all that watery but it is a dark, almost cold and wintry work: there are very long extended sighing tones that might as easily be imagined as cold dry trails of wind as murky currents thick with microscopic life-forms and debris. As with the previous track, “Surface” develops gradually through repetition and variations in that repetition. Organ and trumpet add extra richness and intensity of feeling, and the whole work ends up very spiritual and uplifting. “Underground / Podzemnaya” is a spine-chilling, drone-wobble marathon that surprisingly feels quite spacious. Maybe I am missing something here as these tracks don’t much sound like what their titles say they are.

Well even if I don’t completely understand the recording, this is still a very beautiful and highly immersive disc of soundscape music. Some listeners may quibble that parts of tracks 1 and 2 are a bit too long and monotonous, and certainly sections do repeat over and over without much atmospheric development. I find though that once I’ve dunked my head into these tracks, time no longer exists, my mind wanders wherever it will in a vast universe of odd planets and ecosystems, where alien species bear warm welcomes … who would begrudge the duration of such soundscapes when the locals are so accommodating?