A clanking of chains offers dubious welcome into a quartet of foreboding sonic vistas from sound artist OttoannA, laced with processed field recordings, monologues, and odd electrical trimmings. Inviting little in the way of personal response, this would not be out of place in a dimly lit gallery or small performance venue, where it might place listeners in a liminal mental state informed by gentle measures of pacific and turbulent, without threatening to unsettle the mind in repose. Among the many grey vignettes, we encounter roll after roll of rumbling, low-end climatology and a fair few swipes of those close-up squeaks and growls so common in electroacoustic music these days, which seem to place the ears deep inside someone’s pocket. So far so good. The weightier dynamics are leavened by a regular reversion to placidity once the storm has eased off, keeping up interest via judicious alternation of states. Less interesting are the monologues – the sort of thing heard whispering from discarded museum headphones – which slink out at quiet moments. They can be soothing though, and the same can be said in sum of this cohesive and varied – if hardly electrifying – sound-art soup. 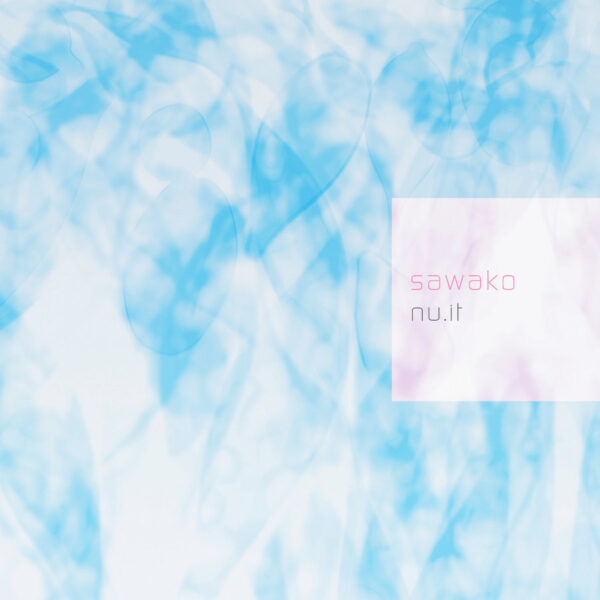 As the vapour of mild blue and white on the cover suggests, Nu.it is a slow breeze through a cloudy sky: a reassuring and uplifting ambient wash with admittedly little to differentiate it from so much similar matter. Sound artist Sawako produces these floating soundscapes for installations and presumably rather soporific live performances where a cushion or two would likely be a welcome thing. A certain amount of distortion and background abrasion is permitted – generally in alternation with spates of pulmonary pulse or stellar twinkling – which adds a pleasing, contrastive texture, though in ‘Mind.ight’ the peaceful gives way briefly to a pendular cycle of gentle note clusters. All in all though, with a reasonable degree of ‘body’ to the atmosphere listeners can at least be confident of an agreeably uneventful drift from nowhere to nowhere. 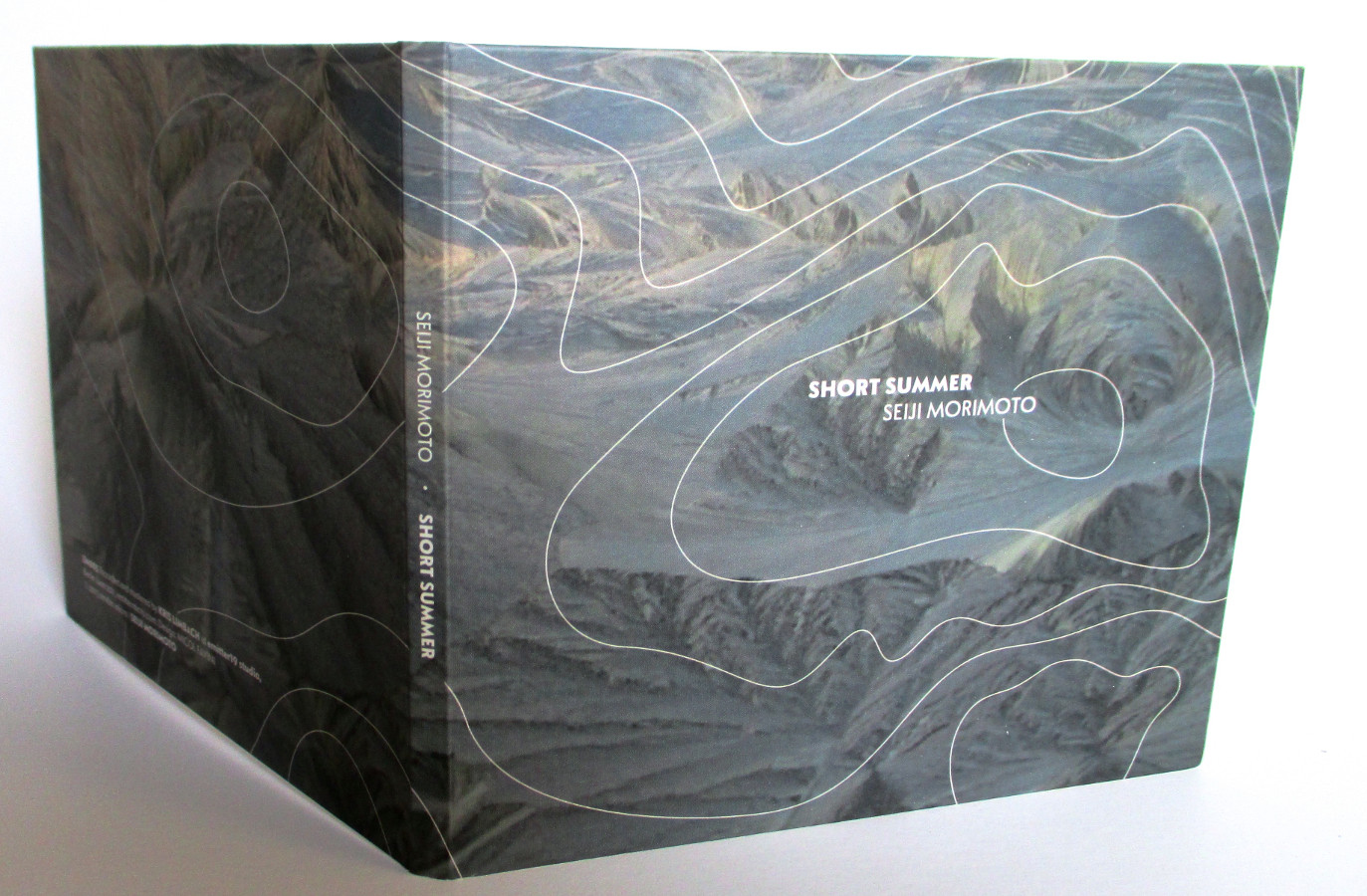 ‘A characteristic resonance investigation, which is generated between the vibrating objects (buzzer: 400Hz) and different materials’: Seiji Morimoto’s workaday explanation serves only to diminish the experience of hearing these three thought-cancelling digital (sounding) drones, which flutter, tremble, loom and recede with apparent autonomy, or as much as allowed by their perpetual inner friction. The defining feature of these ‘investigations’ are the pleasing irregularities that emerge to subtly disturb equilibrium and to keep listening deep. Opener ‘Wooden box’ radiates neither nature nor confinement, but via the arrythmia of its insect undulations we receive birds-eye view of an endless wood grain. The thin, piercing whine of ‘Tin Can’ drops the decibels and fluctuations for a far more vulnerable or desperate plea for attention, becoming noticeably more brittle in its second half, while ‘Plastic Tray’ assumes the more intrusive aspect of an unrelenting death ray. A real ear-cleaner. At exactly 20 minutes a piece, these tracks are neither short nor summery (barring a retreat from pestilent swarms I suppose), but they are as perfectly proportioned and immersive as a rough-round-the-edges Rothko tryptich, if a good deal less soothing. Perhaps best experienced through headphones, where their vibrations can cleanly separate, swarm and regroup without regard for symmetry nor your wellbeing. 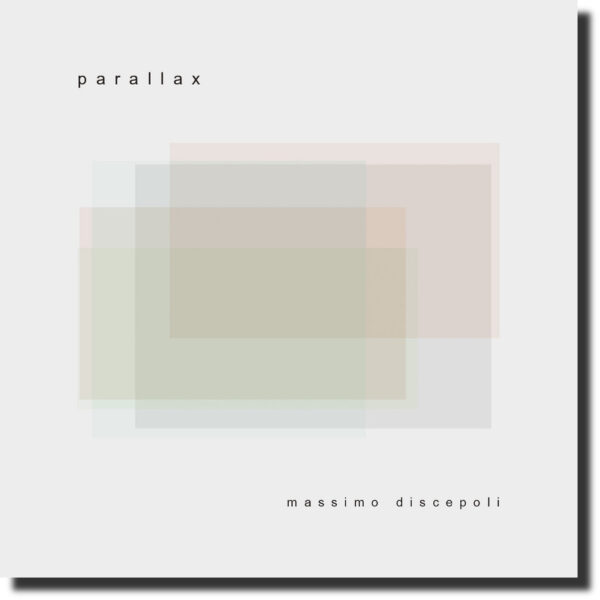 Leaving behind the modest acclaim of the ‘Nheap’ rubric for a debut under his own name, multi-instrumentalist Massimo Discepoli delivers us Parallax: a varied set of ambient soundscapes in which the foregrounding of instrumentation helps establish and maintain (for the most part) a sense of direction in an all-too-often meandering musical genre. A clear sense of drive elevates the spidery skitters of ‘Simmetry of Night’ to a thundering clatter amidst mounting atmospheric pressure; its bracing rolls and fills gaining momentum over nearly nine minutes, as if to emphasise its being a musical statement and not a career interlude. Though the tempo subsequently drops in the twinkling twilight of tracks such as ‘Fine Dust’, substituting it for a vast sense of scale and suspended harmonics, the momentum returns in intervals to offset any threat of complacency. That said, the risk of self-indulgence so common with solo drumming exercises is not always navigated with the greatest of care and attentive ears will probably need to take a rest at points. Still, I can concur with reviewers of Discepoli’s Nheap albums in that this music is conducive to the elimination of anti-work distractions, and its facility for bringing sunshine to our daily drudgery.