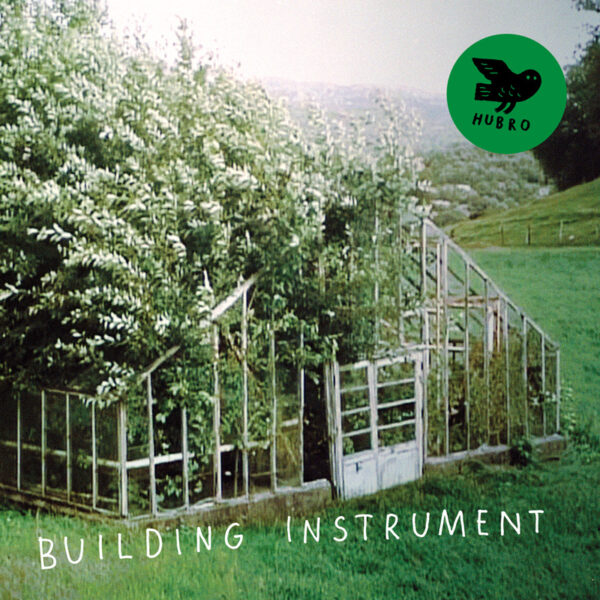 This eponymous release is the debut album by Norwegian trio Building Instrument, founded six years ago. Aside from working in other projects, the time has allowed them to hone and refine the quintessence of the band. So what do we get. Initially I thought Noah and the Whale with a Scandinavian twist. I mean this in the nicest possible way of course. The folky elements garnered through instruments (zither), the general ambience, and aligned to this Mari Kvien Brunvoll singing in her native Molde dialect. Mind you not being a Norwegian speaker I would never have guessed, and as the vocals on the first two tracks are wordless, you do have to wait for the experience.

That they are not averse to electronic jiggery-pokery can be heard at the beginning of ‘Alt e bra’. Indeed the initial raison d’etre of the trio was to explore this field before deciding to follow a more rootsy, acoustic path. Coming out of the mists of the opener the vocals are subjected to live sampling, giving them a Mellotron type effect, which is then passed on to other elements of the track. The first outing for the dialect comes on Kanskje and shows what a beguiling voice Mari Kvien has. At times reminiscent of Bjork’s work in The Sugarcubes, this woman could be singing the telephone book for all I know, but she’s got me hooked. Soaked in Melodica and backed by drums.

The album is a delight of colliding worlds. Fragments permeate, glimpsed through the corner of your ear. The zither in itself, by way of its relationships with its similar sounding cousins, can of course appear to add the sparkle of other cultures. Drummer Øyvind Hegg-Lunde’s draws on his studies in Gambia to provide the pulsing drums that push through ‘Bli Med’ under the organ of Åsmund Weltzien. The fifteen second descent within the same song brought to mind 1960’s Pink Floyd. Another track, ‘Mellomtida’, had me thinking of a few prog albums in which the keyboard player is given an interlude to provide a short organ piece. The last two are starting to make it sound as though we are in or close to prog territory, but that would be wrong. ‘Klokka Sju’ on its own makes you aware of the different areas that you touch upon as you traverse through the album. I had them treading on the toes of Bulgarian women and The Cure, amongst others here. Dissecting the final track ‘Språk’ might give a better idea. My notes for this start with Tolkien (I used to have an LP of Nicol Williamson reading The Hobbit in which the zither (or similar) was played like this); Bardic (something about the start has a Norse feel to it); jazz; cross between Slapp Happy and Pentangle. Somehow within 4’45” they manage to filter all this in. Just two seconds more than John Cage.

I think there is something apt in the mention of Slapp Happy. Not only does Mari Kvien Brunvoll’s vocals remind me at times of those of Dagmar Krause (however minus the sandpaper/Gauloises), but also there is that just off-centre feel to this trio which Slapp Happy had. The songs are largely built from improvisation, generating a freedom that they take full advantage of in the more folk/jazz moments. Much to my surprise the album has grown on me. There is something decidedly charming about it. If this album hasn’t been played to death on Night Waves I’m Freddy Fjord.