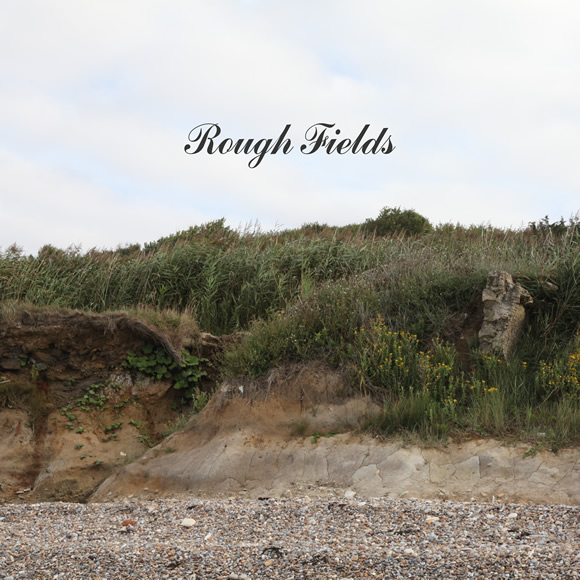 This is a strange one. The opening track of the High Time EP from Rough Fields seems so at odds to the two that follow, that you wonder if it might be a different band. Not in any drastic way. The title track High Time itself is full of the rhythmic delay effect that The Edge and others have made a career out of. Shimmering guitar battles with a pedestrian synth bass and vocals placed down in the mix. The song doesn’t really go anywhere or say anything. How this gets billed as “Indie”, I don’t know (in terms of style as opposed to delivery). Lugton’s and a host of independent distributors died to have their name associated with this?

The two other songs that make up the release do not have the momentum of the title track. Leaden instrumentation, singing guaranteed to bring on narcolepsy and the delay effect flittering across some more. I really don’t know if James Birchall (the person behind Rough Fields) has just fed everything through this effect, but boy does it become wearing. It is as if he has tried to out-Alvin Alvin Lucier by continually feeding the output back into the track, resulting in a mush.

My trouble with the release is that in both instances the genres have been done so much better by others. The first track had me thinking of how well Stateless did this kind of stuff on ‘Bloodstream’. The last two had me thinking how much better Christopher Willits does this stuff, full stop.