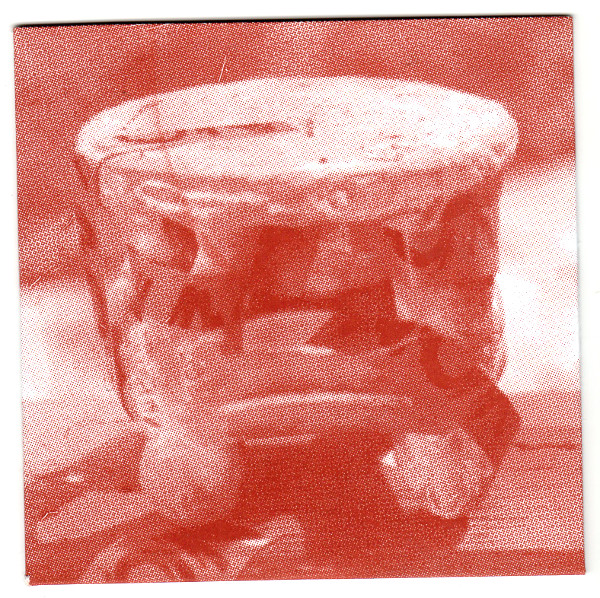 Following receipt of some nice cassettes from the Drid Machine label in Norway, we have a couple of albums 1 from same impress both dedicated to presenting the remorseless and noisy rock of Noxagt, Norway’s finest avant heavy metallers who to their credit owe very little to the schools of stoner, doom, or math rock as they carve their own niche in the steely grey stones that surround Stavanger. On Brutage (DRID MACHINE DMR5), it’s the lineup of Hegre, Brandsdal and Lauritzen grinding forcefully as an unashamed power-trio and pounding out an ultra-heavy mush-fest on these four long studio recordings. As ever when hearing this music, the metaphor I reach for is being physically beaten up, and this conceit has even extended to the track titles which depict four grisly episodes of stalking, harassment, and domestic assault. Even the title Brutage mashes together the French word “bruitage” (used in the cinema for sound effects) with the notion of sheer brutality. The guitar grinds monotonously, the bass and drums hammer away at your torso, and the entire trio stay locked together in an unvarying pattern of violence which will either invigorate your weary bones, or else shatter them. Ferocious and malevolent racket, heavy metal pared down to the bare essentials. 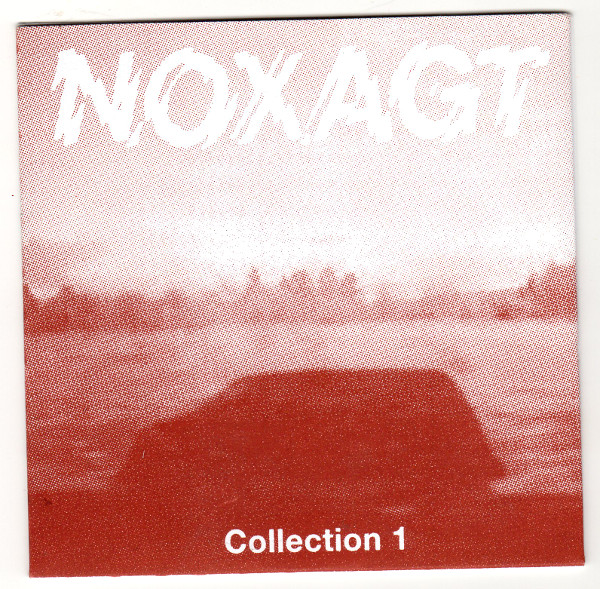 Where Brutage pretty much says the same thing very emphatically four times over, Collection 1 (DRM15) is more varied – it’s a collection of live cuts and radio broadcasts, dating from 2001 (which is pretty much when this band kicked off their bloodthirsty career) to 2004. Among these deeds of fire and flames, of historic interest to collectors will be the very first item ‘Love Transfusion’, which was recorded for Saemon Box, the first studio album by Noxagt, which was apparently never released. The live cuts are mostly from Norwegian venues, but there’s one from California (the frantic and alarming ‘Piranha’) and a couple recorded in the UK, including one for the John Peel show in 2004. The music is still grimly powerful and assaultive, although there’s some relief to be had from occasional guest performers – e.g. the vocalist Billy Anderson on one cut, and the viola player Nils Erga torturing his strings on the pseudo-ethnic broil of ‘Abdel-Wahab’. If the steady flow of churning, thumping guitar crunch gets too much for you, click on to ‘Mek It Burn’, a rare example of group dynamics where the guitarist is given enough space by the rhythm section to exhibit some of his deliciously twisted and nasty-sounding riffs. The vile sound and screaming energy of this trio are astounding, and it’s not for the faint-hearted. From April 2014. Another Norwegian “power trio” using guitar, bass and drums is Brute Force – the team of Karl Haugland Bjorå, Egil Kalman and Ole Mofjell. Unlike Noxagt though they are somewhat more cerebral and don’t have the same interest in pursuing a steady, chugging beat. Their single 28-minute workout on Brute Force (VA FONGOOL VAFCD010) promises a good dose of violence and brutal fist-fights in the street, but to my dismay the players seemed to run out of steam in less than four minutes after the start. Thanks to efforts of drummer man, they soon got back in the saddle and started generating more heat, friction, and forest fires, but this momentary lapse in energy indicates they are trying for a type of gladiatorial combat that’s more rooted in the trends started by improvisation and free jazz, rather than post-psychedelic rock jamming – perhaps the “high energy” jazz marathons of Cecil Taylor or Alan Silva are the only meat that can satisfy them. “The music is a riot against normal improvisational forms”, claims the label, and it’s fair to say you can sense the restless flailing forces that have gripped our three Nordic friends as they writhe about in the morass of noise and frantically try and push against the barriers of musical definition. But it also comes across as an action borne from a deep-rooted frustration, as though they all acknowledge the task they’ve undertaken is futile before they even begin. To his credit, guitarist Haugland has many stylistic guitar devices up his stripey sleeve, and can be heard throwing wild darts over the walls of the prison or making spastic stabbing motions against the strings – anything is attempted in order to penetrate through to the other side. However, for the listener, the overall formless direction of the work grows tiresome, and the trio clearly don’t have the stamina to sustain what they started. Instead of liberating them, their quest for freedom in improvisation has inhibited them, stifled their natural movements, and made them too self-aware. After more unforgivable cessations in the flow, I began to lose patience with these noodlers. From 10 April 2014.