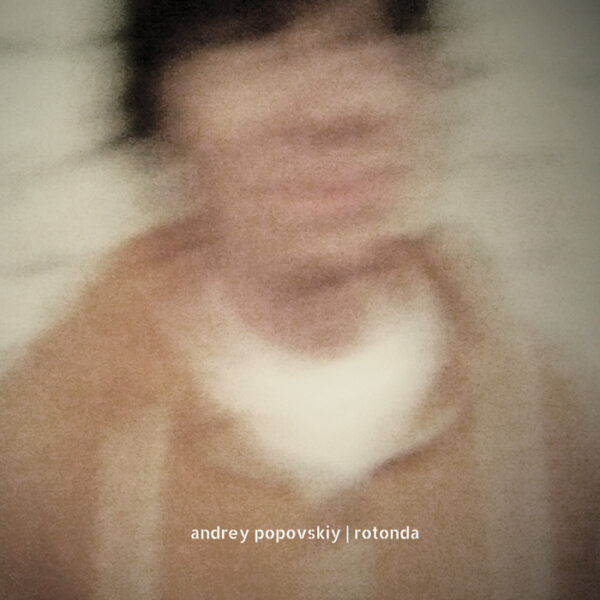 This is the debut solo album by Andrey Popovskiy and was recorded at a performance given in the rotunda of the Mayakovsky Library in St. Petersburg. This venue was chosen for the special acoustics it provides, amplifying, as it does, even the smallest sounds and imparting a very long reverberation. Prior to the recording, the artist researched the space in order to fully understand the responses that would be gained from the building.

My first listen flagged up the extensive use of silence, to the extent that at times I wondered if my system was working. I cannot say whether this, or Popovskiy’s use of small-scale sounds, are part of his natural armoury, or whether it was developed especially for this venue, but this approach forms the bedrock of the piece, accompanied by the “listener’s sound perception”. Instrumentation used involves lap steel guitar, electronics and objects. Anybody expecting country and techno (now there’s a thought), step back disappointed, put away your ‘kerchiefs, cowboy boots and Milky Bar Kid badges.

There is a short video online of part of the concert, although as the performer and instrumentation are mostly hidden by a bannister its use for clues is pretty limited, but I suspect the objects are being used to prepare the lap steel guitar (à la John Cage). Obviously, in such a reverberant space care has to be taken, as too much information could easily lead to an unholy mess. Not a chance of that happening here, with most sounds being allowed to work their course before the next arrives. Unfortunately, I feel this approach fails. The most interesting moments are where sounds are allowed to mingle, approximately the last seven minutes, leaving the rest to be the sonic equivalent of trainspotting. I am sure there is adventure, mischief and drama, for some, through undertaking it in this way. However, maybe the recording should be heard mostly as a means of documenting how certain objects sound in this space. Short clicks and footsteps are distributed amongst longer electronic induced whistles and hums. A short period of more intense (in decibels) action, itself separated between bursts, acts as a counterpoint to the minimalist fare that surrounds it.

Personally, I do not think the recording helps. It sounds like there is a barrier between the listener and the space, giving the impression that you are once removed from the setting. Considering the importance of the environment to the performance, there is an overall lack of depth and involvement. My overall feeling that you had to be there, was in part confirmed by the video, although even here I found my enthusiasm draining away from me after a few minutes. There were moments where I suspect sound from elsewhere in the building escaped into the space. One of these, at the beginning, resembled a distant Russian choir, although focusing on it reveals dialogue. These, I think, are the things that should have been exploited more and used to build up a more interesting piece. One which involved the whole building on a level above that of the acoustic it supplies.