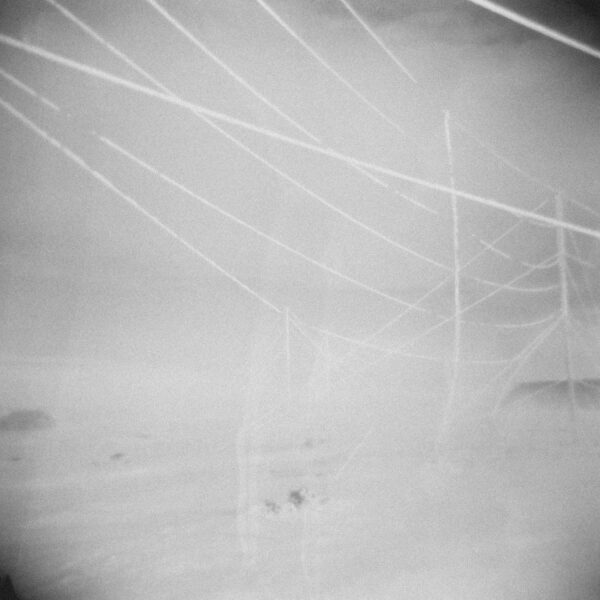 You might want to put on an extra pair of socks to listen to this one.

In 2010, artist/musicians Lawrence English and Werner Dafeldecker accepted an invitation from the Argentine Antarctic Institute to take up a residency on the Antarctic Peninsula (the bit closest to the tip of South America). Over the course of a month the pair “meticulously documented various aspects of activity (and inactivity) in areas surrounding Argentina’s Marambio and Esperanza bases”, gathering the field recordings of “atmospheric, hydrophonic and ionospheric environments” that make up this CD.

Shadow of the Monolith isn’t quite pure documentary recording, since the raw material was processed, mixed and “electroacoustically transformed” back in the warmth of a Brisbane studio. You can also find excerpts from an accompanying twin-screen video projection online, showing monochrome mountains and seas, swirling blizzards in the endless night and ripples of powdered snow.

The promo copy is as stark and austere as the great southern continent itself – a plain white cardboard sleeve with a title sticker, containing a plain white CD. Lacking specific information about the tracks, listening becomes a rather disorienting experience. There are clicks, cracks and crackling tones, which may or may not be the result of titanic movements of ice, snow or ocean currents. There are static hums, which might be polar electromagnetics, natural radio wave phenomena, or something else entirely. Some of these sounds exist at the very threshold of perception, the noises the planet makes when it thinks no-one is around to hear.

On this evidence, this is a place which is utterly hostile to life, with the possible exception of clusters of extremophile microbes hiding under rocks. Maybe there are a few of those humming away in the mix too. However, as we know, the region is positively teeming with life, including human life, which is represented here by ghostly recordings of doors opening and closing, presumably on Marambio base. The final track features a bell, or something very like one, and a more desolate sound than that of a solitary bell tolling over the Antarctic wastelands is hard to imagine.

Also, if you listen carefully, you can hear something shrieking “Tekeli-li” in the distance. Of course, that’s not true, but if you’re still reading “At The Mountains of Madness” and you want a change from The Great Old Ones album reviewed elsewhere, then this would certainly make a suitable soundtrack.

Antarctica has always been a spur to imagination and exploration, and Shadow of the Monolith continues that tradition.