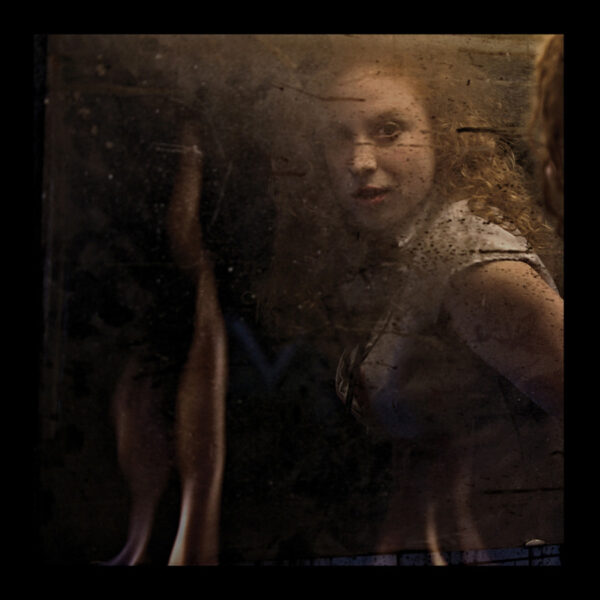 Its tracks tracing the six stages of grief from denial to acceptance – though there may be dispute among psychologists as to whether grief can be neatly packaged and presented in a narrow linear structure – this recording is a sombre shadowy journey into an underworld where the realm of the living and the realm of the dead contact and merge imperceptibly. The music ranges from cold soughing ambience, made up of spirits in perpetual itinerant restlessness, to sudden twisted chamber music / orchestral clutter or scramble, to repetitive death doom metal drone. Although the tracks suggest a definite linear narrative that suspiciously mirrors other distinctively Western cultural narratives – one thinks of the product life-cycle that marketers refer to, which I was taught at university – the actual music itself often ducks and weaves, quiet one moment, loud and forceful the next and then suddenly quiet and passive again, as if protesting or mocking the strictures
placed upon it.

The album is not easy to follow as a result of its unexpected twists and turns – not that Kreng main-man Pepijn Caudron has ever set out to make very straightforward music since he started the Kreng project – and listeners might find themselves wishing that he be more consistent and get to the point of whatever it is he’s trying to say. This perhaps is the unfortunate effect of imposing a cultural construct on the music and the phenomenon it’s referring to. Perhaps it’s not until a person has really experienced a profound personal loss or some of the emotions represented on this album that s/he might be able to approach it on its terms. Although having gone through depression with xanax myself, and having heard other music made by people who also suffered from depression and who drew on their experience, I did find the track “Depression” not quite as deep or affecting as it could be: there was no sense of deep emptiness, the impression of having a hole punched in the
centre of one’s being or feeling sudden panic that I’ve detected in other people’s recordings and which I can vouch does happen.

Track 5, intended to be the album’s crowning glory and summation, features both orchestral and death metal music, and I have to say I found this piece not very impressive: the dark orchestral music sounds like generic horror-movie soundtrack fluff and there’s no sense of terror or mystery that something profound might be happening. The slow church-organ transition from foreboding orchestral doom to metal doom is beguiling enough; if only it didn’t get shunted aside by sledgehammer-blunt death doom guitar bludgeon, courtesy of guest band Amenra. Again, this part of the track is a disappointment: we get nothing new here that a thousand million other doomy death metal acts haven’t already done, over and over.

After all is said and done, listeners might find themselves back at square one after a trip that didn’t take them anywhere much. The first half of the album was far better in creating atmosphere and a strong sense of dread but it was let down by some very mediocre music in the second half. This isn’t a work I’d recommend for people who are mourning the loss of a much-loved relative or friend unless as part of a general suite of recordings of varied music on loss and grief generally.