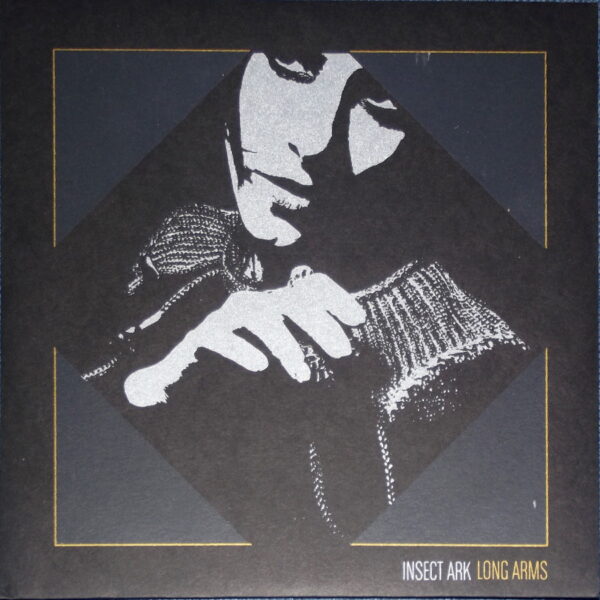 Insect Ark is Dana Schechter from Brooklyn, who has lent her skills to Michael Gira’s Angels of Light and Bee and Flower. She’s good with keyboards, sampling, and stringed instruments on her Long Arms (GEWEIH RITUAL DOCUMENTS GRD006) 10-incher, where she uses these to work up three studio-based instrumentals. Things build well, from the uncertain droney beginnings to the more assured drum-programmed middle section, but I’m still sensing a lack of adventure, a scarcity of real ideas, as if she’s not sure what direction she ought to be heading in, or why. Her minimal guitar licks induce a sort of despairing melancholy, but are not especially inventive. She claims to “create her personal soundtrack to the human psyche’s underbelly”, but for me she doesn’t go far enough in her explorations of that underbelly. I’d like a taste of something so dark and occluded it puts me off my morning coffee next day, on account of the disturbing dreams it gave me. The packaging is nice, but even on the cover she can’t decide whether to look like a German expressionist actress or an all-out 1980s Goth, again reflecting the rather undeveloped nature of her artistic ambitions. From February 2014. 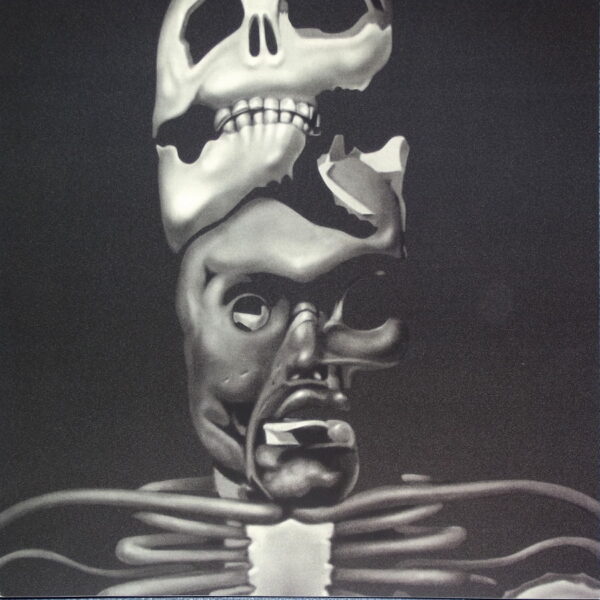 Pretty unsettling cover art and poster insert on Dr Jayne Insane’s LP of grisly Swedish noise, Anti Art Alliance (LAMOUR lamourvin003); the insert in particular has grim juxtapositions of skulls, masks, and wayward dental applications rendered with a precise graphical style that fans of Boris Artzybasheff will dig. But these visuals are the work of Sten Backman. The record was made by Jan Liljovic, who in 2003 made a record for Fylkingen Records as Jan Liljevkist. Like many other distorto-freaks on that label (e.g. Daniel Rozenhall), he’s very fond of over-using the reverb effect, and the whole LP is just drenched in crunchy reverb from head to toe. He might not be doing more than pumping feedback or sequencer pulsations through this studio effect. Consequently what begins as a healthy blast of coruscating, destructive noise guaranteed to destroy the bourgeoisie and sweep away the old order, quickly becomes a repetitious and insufferable bore. The very limited aural range is probably a deliberate strategy too, but it induced tedium in this listener in about five minutes, and I was disappointed to find both sides occupying this narrow strip of sonic turf, defiantly sticking out a big red tongue as a rebuke to the audience. A punishing listen. Arrived 6th January 2014. 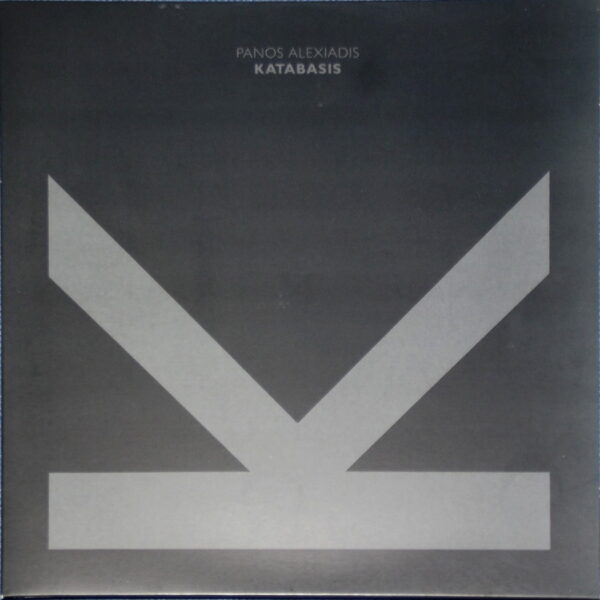 A couple of Greek electro-acoustic items on vinyl which may not be related. The first is the Katabasis (REKEM RECORDS REKEM05) suite by Panos Alexiadis, a musician from Athens who has released many solo cassettes and CDRs as Lunar Miasma and Red Needled Sea, besides appearing in the groups Heavensore and Holefold Diver. This is the first solo record he put out under his own name, and it’s been realised using the familiar combinations of samples, field recordings, and modular electronic equipment. The composition Katabasis itself is all packed onto side one; he uses side two to create a sort-of “dub” version of the A side, stripping away all the field recordings and acoustic elements, and using the same compositional structure to play pure electronic music. I prefer this dubby version to the main event, as it’s somehow bolder and makes more assertive statements in sound than its rather tentative sister. However, there’s a lot to be said for the precision of Alexiadis’s work, which is evident in the clarity of the realised sounds, and presumably extends to his compositional methods. I mean to say it sounds very clean and direct, providing an object lesson that many would-be electronic composers could learn from. The stern cover may suggest the “runic” shapes and emblems that were all the rage in the 1980s after Throbbing Gristle and Current 95, but in fact it’s simply the letter K lying on its side. Arrived 29th January 2014. 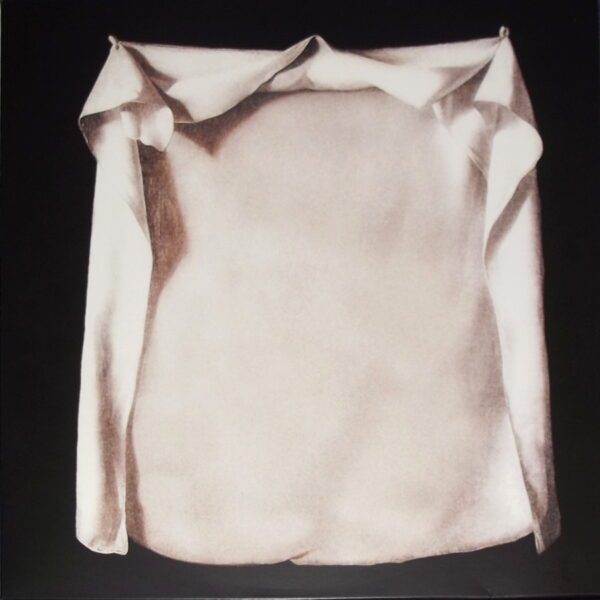 Virilio’s Signature (RECORD LABEL RECORD LABEL RL000) arrived two days before, also from Athens, but on another label and featuring the two musicians Dimitris Papadatos and Corinna Triantafyllidis, who very coincidentally are the label bosses. They have elected to call this private-press venture Record Label Record Label, a somewhat reflexive identity, but these two are no newcomers. They’ve been improvising since 2008, with early efforts appearing under the name Cassettine & KU, mostly as downloadable files. Virilio is something they’ve been doing since 2010, and besides this vinyl release there are also seven CDRs available under that name, released as very small print runs. I must say as a duo they suit each other perfectly. They play a large range of instruments, including electronics, drum machines, percussion, guitars, and turntables, but don’t crowd each other out of the space nor do they over-clutter the kitchen table with an excess of furnishings. Instead, a seamless and quite entrancing drone-noise results, one that envelops and embraces you like a swaddling cloth, or a thick gaseous fog of benevolent, non-poisonous elements. If we compared them with Panos Alexiadis above, the difference is that Virilio are maximalists, embracing a wide range of sound productions into their swarming flock of digital sheep, making Panos appear positively epicurean in his very deliberate selection of aural elements. It’s been a good plan to press this in white vinyl with extremely minimal packaging, allowing us mostly to ponder on the enigmatic drawing of a white curtain or sailcloth, crudely suspended across our field of vision. What puzzling events might be enacted behind this voile? Subtitled “Refraction without the appearance of colour,” this small gem arrived 27th January 2014.