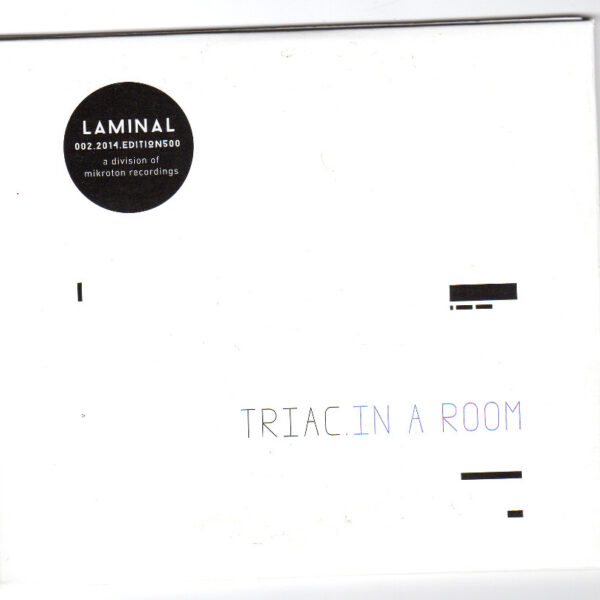 Live-looped fluff-balling nimbus ambience-by-trio, candy-floss grey ornamentation with a ‘live in room’ angle moving it a half-step from neo-classicism recorded straight into the line-input, far enough to glean some early reflections now and again. Encounter on spinning something akin to the Alva-Noto modus operandi – instruments plus live processing (in this case piano, synth and electric bass are duly operated on) – if they were footloose and fancy-free and spent long minutes gazing at the overcast reflected in their dancing shoes and love loved Paris in the Springtime. Blushing and rosy pads meet these cloud chamber aesthetics, and sometimes, just sometimes, there is a far off grumbling from the electric bass. A grumbling that is, since we shall try to stay in keeping with the Romantic implications of the resolutely melodic substrate, let’s say: ‘like the far-off rumbling of thunder on an idle summer’s day’. All very consonant and consistent of tone, electronic pings in the first track and the aforementioned shading on the bass add a measure of variety to an otherwise homogeneously pleasant, if tepid and often somewhat sugary, bathwater (too sticky a combination for me, I’m afraid.) Sometimes, as with the repeated melodic synth motif that the last track is built around, everything become a little more apparent, in focus and demonstrative and in doing so teeters squarely the standard. Nevertheless, I could certainly see this release being appreciated as a part of any collection that requires gauzy, sedative, beatless ambiences with a measure of restraint, professionalism and poise. On the flipside that doesn’t necessarily indicate distinctive character or twists as such, but perhaps these wouldn’t be prime concerns for anyone interested in hearing this. Certainly any fans of the more horizontal offerings from labels like Kranky or Kompakt or artists like Celer, not to mention of the whole gamut of instruments plus laptop live-looping combos – from the ambient end to the more modern (neo-)classical (aka ambient 2.0) factions, where it also seems to be quite a popular working method – would I’m sure find some mellow pastel smudging to appreciate and dissipate to. 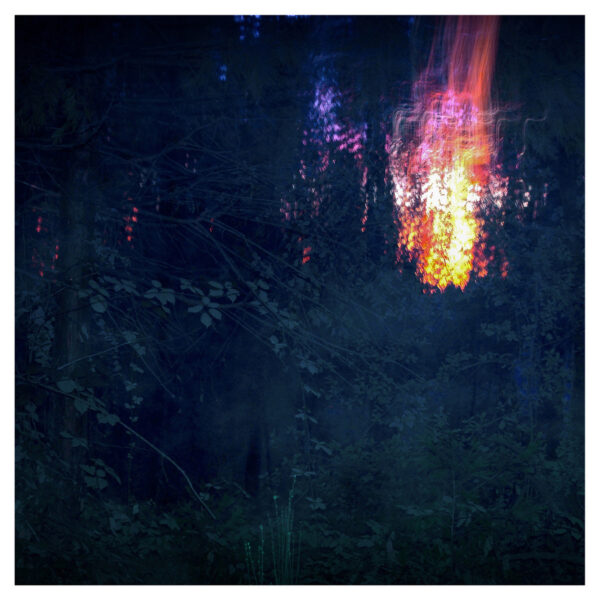 If you liked the sound of the release above you may well also enjoy this one. Having been mouldering away in my notebooks for a good long while, we may as well disinter some of the slightly more coherent scribblings for the sake of a triple review, three being so much more prime than two, after all. So while we have, broadly, and broad-brushed in execution in addition, non-threatening and languid electronic ambiences here, too, in this case they are slightly less ‘loopy’ and planar in structure. Interjections of played instruments into the gliding electronic textures are less smoothly integrated and more composed sounding. Demonstrative and stridently epic themes make appearances. They are a bit ‘there’ but their presence adds a dynamic contrast between the pools of ambience with fluttering dustings of acoustic instrumentation, dragging the proceedings towards the horizon of latter-day ‘post-rock’ (mawk-rock) – something that signifies lugubrious emoting and lachrymose sentiment more often than not. Anyhoo, said melodies play counterpoint to said electronic textures which themselves hearken back into middle-distant recent years, back to the post Boards of Canada wave of US, ahem, ‘IDM’. Sugary confections like Freescha and Merk’s ambient series: colourful, well-meaning and a little gooey-cantered. I wrote (remember this is an archaeological review) that they might be experienced as: ‘complacent chord progressions – or comforting, depending on your taste’. In a bravura counterpoint of my own I then also noted that ‘the use of acoustic sound sources through the album as framing devices somewhat balances out the potential saccharine and slickness’. Wunderbar. The artwork and the music both contain separate elements that are not entirely integrated with each other or coherent as a whole. What matters this, though? Who wants blended soup all the time anyway? They get points for the hand-printed insert, surely, and the last track is quite enjoyable, in fact. Incorporating wordless vocalising by Helen Funston it is languid, with a looser feel that hearkens back further, this time to ambient space-rock, blissed-out 90s creations like Subarachnoid Space circa Endless Renovation, or even hints of Tortoise’s widescreen glides through sonic everglades. The album thus waves out on distant operatic wafts and whiffs like a distant interstellar broadcast, ‘Telerehabilitation’ indeed and a successful integration of electronic and organic, a high note, if you will, and one which indicates a potentially interesting point of departure for any future projects.

Only you can tell on which side of the coloured mist you’re feeling today, whether you’ll be comforted or irritated, engaged or indifferent, whether you might feel an affinity or an aversion to these two previous harmonious and drifty things. Maybe this all depends on whether a hearty breakfast has been consumed propitious atmospheric conditions. Speaking of atmospheric conditions and indeed ambience how about this one for you? As we are disinterring, let’s have a listen to gentleman Kevin Drumm and his CD Trouble. Kevin once declared ‘I Have a Computer’, and this, too, seems to riff on the whole jewel-case production-line extruded mundanity thing, CD silvered and thin, extraneous fat and fleshy protuberances stripped away. One track, one (semi-ironic) title, b&w artwork, sketchy ‘found’ image, minimal typography with the sense of a brand or epitaph (see my review of ‘Relief’) faintly reminiscent of an expensive aftershave. Speaking of which, I can’t remember if I could smell the inks used to print the paper parts when I first cracked the case, but I can imagine a faint, toxic-smelling, chemical aroma being exuded..

Music-wise its steady and slowly shifting wisps of pure, thin, quietly dissonant tones could well be the result of a) a particularly concentrated bout of slo-mo noodling or b) a generative algorithm. With an arbitrary fade from the not-quite silence into actual silence in the not-quite middle to add to the WTF factor and keep you at least aware of your toes whilst remaining prone and apathetic, this precision tooled ambient fuck-you will keep you coming back for more when disgust with extraneous connivances such as audibility, structural progression and resolution have drained and enervated you to the point where numbing/soothing monotony seems the only plastic inevitable and nothing else is quite, quite empty and undemonstrative enough. As Jim Reeves might say, were he to review this, I hear the sound of distant Drumms, far away, far away, and if they call for me to come, then I must get off the sofa and turn the volume up and you must strain to hear what’s going on.

With the acrid-mesmeric intellectual aura of a one-pointed conceptual art prank and minimal, clinical, monotonous screen-saver and dry-ice atmospherics you too can turn your living room into a white cube with all its attendant complexities rendered in sedate/stupefying blankness/thereness. Or you can let the cares of the day ebb away, lulled by the hardcore simplicity and uber-smooth digital whisper. I suppose it depends on which side of the dry-ice you’re feeling. In terms of self-awareness and manipulation of symbols and mental effects, musical and extra-musical, it’s of a different order of realisation to the other releases discussed in this here segment, which ever way you tilt it. Apparent de-individuation is pursued with gleeful abandon the paradox being that the deeper the mission into blank anonymity the tighter the apparent grip of a presiding personality or overriding shape and tone becomes. A visage with empty sockets staring from the white cover, behind that, a bearded Kevin. Laser sharp manipulations, befittingly, paradoxically… and befittingly paradoxically. To what end? Who can say. Although I am in a couple of minds about it due to a faint snarkiness, perhaps only a by-product of a similar tone that can cling to related art-world tactics and not as applicable when appropriated and mapped on to this format. Either way, it’s a successfully totemic package and I will without doubt enjoy the near-silence again – if a quiet enough moment presents itself. If the coloured mists aren’t appealing to you, maybe this invisible, contrary gas might serve instead as your relaxant of choice.