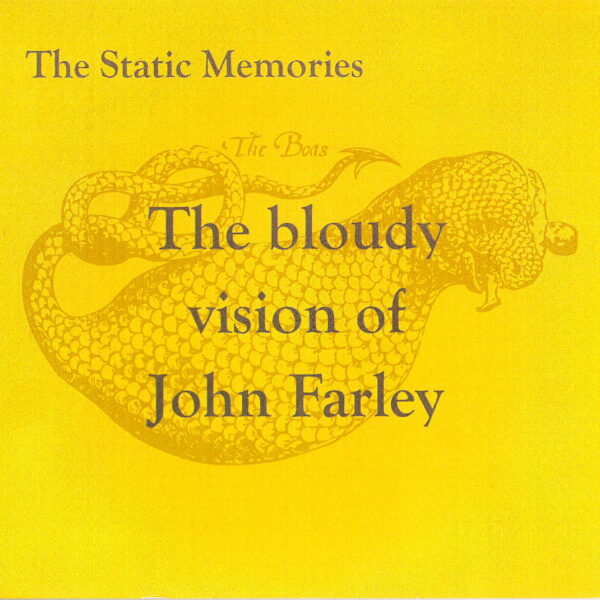 The Static Memories are Gus Garside and Dan Powell, names probably familiar to anyone living in Brighton UK where it’s fair to say there is a “thriving” culture of live gigs and events such that all eager fans of improvised music, noise, jazz and all sorts of uncategorisable performed endeavours will find their needs well catered-for. Garside and Powell also have connections to Nil, OMSK, The Spirit of Gravity and arc, and while they’ve been playing as a team for eight years now, it turns out that this – The Bloudy Vision of John Farley (THE SLIGHTLY OFF KILTER LABEL sok049) – is their first studio album. They made it using the recording engineer skills of Robert Plater, and it’s realised using double bass, guitar, percussion, but also unspecified “electronic” interventions, an addition that gets my hedgehog prickles twitching in anticipation. Sure enough, the surface sound of this splendid duo delivers a life-enriching dose of acoustic instrument sounds blending harmoniously with weird and illogical electric kaboozles, a blend which I’ve always found most pleasing. I’d go further and suggest the music of The Static Memories is more enjoyable than a good deal of the rather poised and staid music that has, within living memory, been published under the banner of “electro-acoustic improvisation”, and although it would be possible to flatten the Brighton pair into that particular pigeonhole, they escape from it as easily as a greased-up lizard scurrying out of a wooden shoebox. 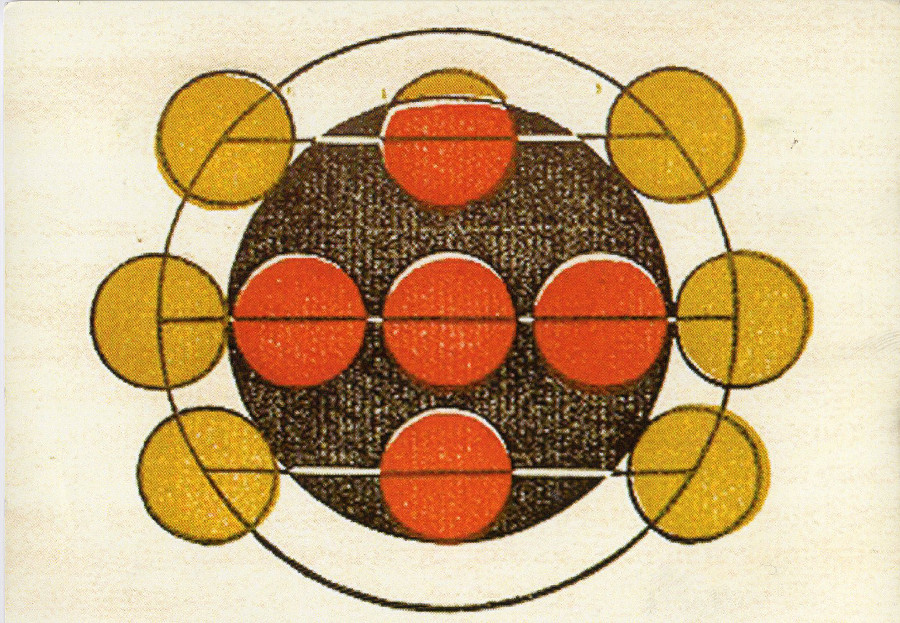 The album – titled in such a way that the unwary might at first glance mistake it for a John Fahey pastiche, is subtitled “restructured improvisations”, which suggests there was a strategy of re-editing or overdubbing at some stage, but it’s hard to discern where the editing knife may have fallen, since the music sounds so assured, whole, complete, so right-first-time. To add further resonance, I’ll single out a remark from Paul Khimasia Morgan the label owner, who describes the music as “improvisation…brutally shorn”, a phrase which invokes the shears of a metaphysical barber, and vividly captures the raw and naked minimalism of The Static Memories; it is highly honest music to me, neither musician nor instrument is pretending to be that which it is not, and the electronic components are fully integrated into the body of the work. I’ll also reiterate a phrase from Gavin Burrows, who has seen them live, and calls their performance “a super-magnet in a room of steel screws”; this compressed image summarises the mesmerising qualities of the duo, who when they get into the “zone” are capable of exerting this powerful and fascinating force on the listener, an energy that operates on the level of natural biological rhythms like breathing and pulsebeats, regardless of how alien and atonal the surface sound may be. Thus The Static Memories build on lessons learned from Pauline Oliveros and her deep breathing methodology, and incorporate them into a rugged, home-grown and very accomplished method all of their own. Superb record! Arrived 25 June 2014.