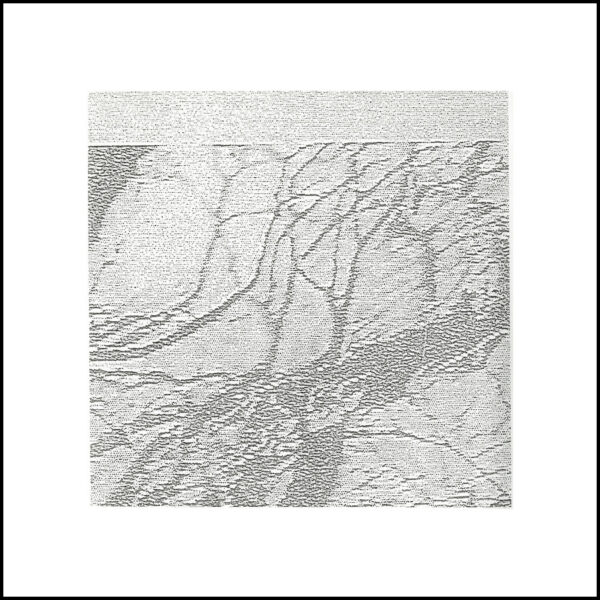 Excellent and oddly compelling LP by Thought Broadcast, an example perhaps of how the glitch and minimal techno genre – something I would tend to associate with mainland Europe – is being developed in the US. The LP was created in San Francisco and New York by Ravi Binning, who has been quietly issuing cassettes and singles of his highly interesting minimal noise since around 2009; his 2010 release for Future Sound Index looks particularly intriguing. What may appear at first to be an inert “blank” reveals a rich array of surface effects, while the throbbing repetitions draw you in with the suction power of a digital octopus. His signature sound on this release has been to roughen up the edges of his highly abstract music with some superb light distortion effects, producing the impression of factory machines recorded from a long distance in the city, or agricultural machines mowing down the grass 20 acres away from your cottage. The press notes call this “a lost, dubplate style fidelity”. This muffling / distancing approach is in pretty stark contrast to those of the Raster-Noton school for example, where nothing less than the near-clinical accuracy afforded by digital devices is permitted. Many electronic artists have been attempting, for at least 30 years, to find the “soul in the machine”, but Thought Broadcast is advancing that project in meaningful ways with his deliberately “non-clean” sound. This isn’t to say Votive Zero is completely “human” music, since it remains quite aloof and strange in its mysterious chuntering rhythms, but it does suggest the cyborgs are exhibiting promising signs of mutation, a capacity for approximating human thought and action in ways we’d never expected. Now I had better stop following this absurd Blade Runner mode of thinking, and get back to work.