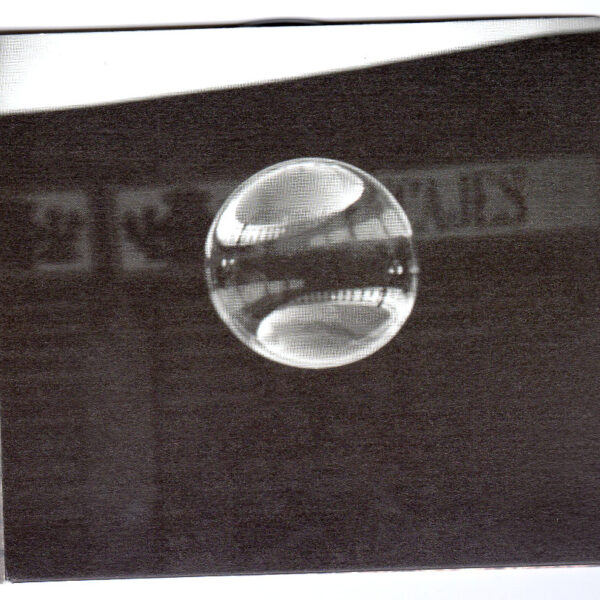 Let’s get the carping out of the way first, and then we can talk about something a bit nicer. This CD from art-pop harlequin Jason Grier looks exactly the same on both sides, a blank shiny disc that I inevitably put into the player upside-down, in the same way that I inevitably put USB flash drives in the wrong way on the first attempt. A very minor bit of stress in the great scheme of things, but that can often be enough to send me screaming over the edge these days.

Secondly, an extra track seems to have been slipped in without being noted on the cover, which means the track listing is all out of sync. Maybe this is a print error on my copy, making it worth fantastic amounts of money on eBay, or maybe it’s deliberately designed to confuse the elderly.

In any event, I started to have doubts about whether I could face listening to this album more than once – especially when faced with the first track. “Baby I Don’t Know Right Now” is a vapid collision of boy-band and barbershop quartet, with the sort of melody and lyric that deletes itself from your consciousness even as you’re listening to it. Which is probably a blessing.

After that, something remarkable happens, as an altogether stranger and more interesting album emerges. Field recordings of gulls and waves, electronic dissonance and drones start to break through the rather generic “Der Wind und das Meer” – it’s like scraping away 1970s floral print wallpaper to find a Max Ernst painting underneath. By the time we get to the third track, with its rising Arvo Pärt strings and shimmering cymbals, we’re into territory which may have more appeal to Sound Projector readers, I suspect. The third track is the unlisted one, by the way, although I’ve since learned that it’s called “The Widows”.

From there on in, you get clarinets, throbbing, glitchy electronica, a spoken word interlude, pieces in Spanish, pieces in German, tinkling schlittenglocken (an extra point just for giving me the opportunity to use that word), more cymbals, “brushed stones”, recordings of rain, invocations of Helen of Troy…you get the idea. In fact, you get lots of ideas, whether you want them or not, as if to say “here are some more sounds you might like”.

Intriguing as it often is, as an album, I’m not convinced that Unbekannte is a total success. It never quite exceeds the sum of its parts. Nevertheless, a lot of those parts are pretty good, so it’s very far from being a failure. Have a rummage and see what you can find – but you might want to write on it with a marker pen so you know which way up it’s supposed to be.