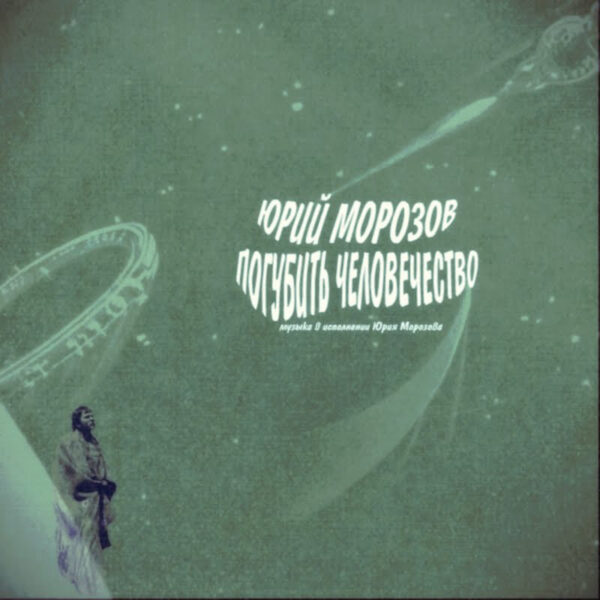 A tip-off from a friend about an old 1980s Soviet aerobics exercise music record called “Safari” on Youtube led me into one of the less explored realms in the labyrinthine universe that is Youtube.com: the realm of Soviet electronic music of the 1970s – 1980s. This being a world completely beyond my narrow ken, I’m in no position to say anything much about it apart from observing that one of its biggest stars, Edward Artemiev, was the composer of the soundtrack for Andrei Tarkovsky’s turgid flick “Solaris”. I probably know the Japanese Baby Sumo corner of Youtube better. One day I will probably listen to something else by Artemiev and say a few words about it here. What really beheld my attention is this unreleased album of electronic / psychedelic experimentation with elements of musique concrète by Yuri Morozov, a lesser known composer who was active in the late 1970s / early 1980s.

Why this never saw the light of day, I could spend my days guessing: titles like “Aria Demona”, “Katastrophy” and “Agoniya” as well as the overall album title are certainly contrary to the official optimism prescribed by Socialist Realism tenets of the period but there could have been more prosaic reasons (lack of public interest, lack of money) for the album being shelved. Perhaps even the music might have been a reason: all instrumental and all done on synthesiser, the whole work is very cheerful and quite a hoot to listen to. This is the kind of light-hearted, cheeky and trippy soundtrack that would interest Creelpone into giving it the release it deserves. (I might even consider working on that.) No matter how hard Morozov tried dressing up this music in more drab garb – “Mysteria Erosa” and “Bitva Brontosavrov” hint at more earnest intentions behind the recording – this lively music simply will not obey its creator.

Try as he might – and Morozov does try hard throughout the whole recording – his sounds simply refuse to accept the morose program foisted on them though in later tracks they compromise a bit by turning into long extended drones. Some genuinely moody and far-reaching music is the result though some of the more flighty, high-spirited tones in the sound palette get impatient and insist on stamping their feet and bolting out through the stable door at the first chance. Even “Agoniya”, long drawn-out though it is, doesn’t sound as bleak and anguished as its name asserts.

I simply can’t see this music as a soundtrack for the demise of the human species. On the other hand, if we’re all doomed, we may as well go out on a high note (in spite of all the pain and destruction we caused to ourselves) rather than shuffle off our collective mortal coil, heads downcast, in single file. The children who followed the Pied Piper out of Hamelin and into a cave, never to be seen again, never heard such sprightly music as this.

The album can be heard at this Youtube link.