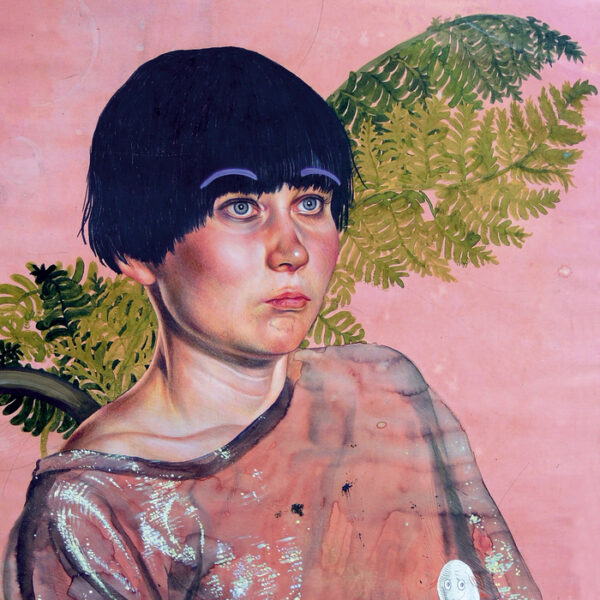 Six blasts from sprechgesang free jazz oracles Trophies, soundtracking that part of the Venn diagram where Ken Nordine, William Burroughs and the glossolalia spouting severed head of John the Baptist from Grant Morrison’s “The Invisibles” overlap. You Wait To Publish is their second album with this line-up, and their third album overall.

The voice of Trophies is Italian composer Alessandro Bosetti, whose gnomic word-loops might be cut-ups of text or overheard speech, or channellings from a spirit entity trapped in his pentagrams of electronic sound. Actually, that’s only partly true, because the group’s voice is also provided by the fretless guitar of Kenta Nagai. So exactly does this mimic and reflect the rhythm and melody of the words, it’s impossible to say who is following whom.

Tony Buck, the third member of the group, also warps space/time as drummer for supermassive Australian experimentalists The Necks. As such, he has the strongest arms in showbiz, deployed to mighty effect here. The album also features contributions from Hilary Jeffrey on trombone and Els Vandeweyer on vibraphone.

You Wait To Publish opens with the title track – “friendly, fraternal but also war”, as Bosetti repeatedly assures us, which pretty much sums up the whole experience. This is followed by “I Have Been Looking”, a Harmonia-like instrumental brew of electronic figures and pulsating hi-hat. More reflective moods follow. “Matta Clark” is a monomaniac rumination on events before the building of the Pompidou Centre in Paris, whilst “Ruota di Maggio” sees Bosetti crooning in his native Italian.

After that, there is the manic fervour of “What Happens To Break This Cup?”, with its increasingly desperate cries of “it’s not something you do in a night club”, before the near-ballad “Imperial Bath” brings things to a close on a note of serenity. By this stage of the game, your sensibilities have been so thoroughly readjusted that you could almost imagine Frank Sinatra covering this particular track.

Strange things happen as you listen to this album. Words which are essentially meaningless seem to acquire meaning through sheer repetition, so that “here’s the thing, a pile of towels” sounds like the most profound and moving statement you’ve ever heard.

One day, this CD will be unearthed from the smoking ruins of our civilisation and become an engine of prophecy for some mutant Pentecostal sect. Make sure you get there first, and enjoy its crazed beauty for its own sake.