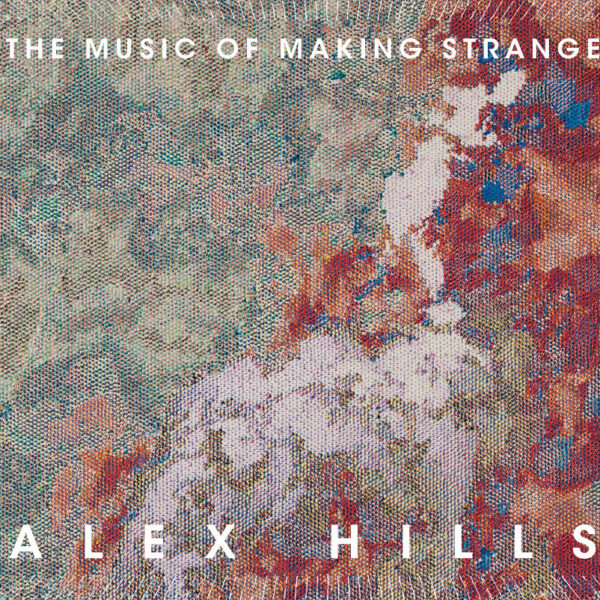 I’ll admit a certain amount of clenching occurs when thoughts turn to those active in the realms of contemporary composition/’new music’. Better men than I have detected a tendency for gentlemens’ club-styled exclusivity within its ranks…where lofty conceptual thought eventually finds its voice (received pronunciation natch!), in sterile, clean-room recording environments. But as time passes, it’s certainly inevitable that a new generation of composer-types buck the trend and choose to absorb a far more eclectic pool of outside influences/distractions. And so it is with pianist/composer Alex Hills. Sure he studied under Michael Finnissy and now lectures at the Royal Academy of Music, but he’s also a cheerleader for the Yellow Magic Orchestra and The Shaggs (!). An odd pairing, but nonetheless a stuffed shirt deflater for certain.

This, his debut outing, compiling works over a four year period, compounds the chalk/cheese juxtapositions as its construction is based on influences that range from Spectralism (see messrs. Scelsi, Grisey a.o.) to those scourges of the moral majority: the Dead Kennedys. The opener “After and Before” however shines a wide beam on those elusive microtones that hide themselves in the cracks between the piano’s pearly gnashers. Its low end stabs and poltergeisted skitterings are eventually augmented by icy string squeak and washes of understated electronics. All coming c/o the Anglo-Belgian 8-tet The Plus-Minus Ensemble now found huddling together for warmth as the self-generated temperature drop kicks in. “Knight’s Move” and “Some States can be Resolved Rhythmically” could, for the sake of argument, be blood relatives. The link between the two being cellist Lucy Railton, whose almost feline tonalities are transformed in the latter piece into the quickly ascending wail of a vintage air raid siren. A strategy resulting in a far more nervously etched tableau than its twin. ” – Verse” finds high register viola shriek and bass piano clunkage occasionally cutting loose to reveal a rhythmic outbreak that compares to austere French prog moves (accidental I’m sure…).

The way too brief “Alles” quotes the D.K.’s “California Uber Alles” and Nico’s “Deutschland Lied” (see also Laibach’s version on “Volk”) and sees a constant bout of channel switching with each theme rolling and ghosting across the screen. I could imagine those satirists Negativland and indeed Jello B. himself having a wry old chortle over this one. Excellent stuff! “Ostranenie”, the closing piece, might seem familiar to some out there. It shares a title with a lesser known Nurse with Wound album (Ostranenie 1913 on Third Mind Records) and refers to a concept (‘Enstrangement’), inked by literary theorist/author Viktor Shklovsky in which commonplace objects are presented in an unfamiliar way in order to enhance the perception/worth of said object. Though in this case, soprano/oratress Natalie Raybould is far from the commonplace article as I’m sure that this is the first time I’ve ever encountered a real life, honest-to-god soprano in all my years in review-land. Amidst the now familiar sparse string shavings and high-vaulted production settings, she’s found captured in the headlight’s glare, spilling out upside-down vowel shapes and whatnot in a properly vexed manner. Making Strange has just been made incrementally stranger and yes, the clenching factor remained at an extremely low level throughout.