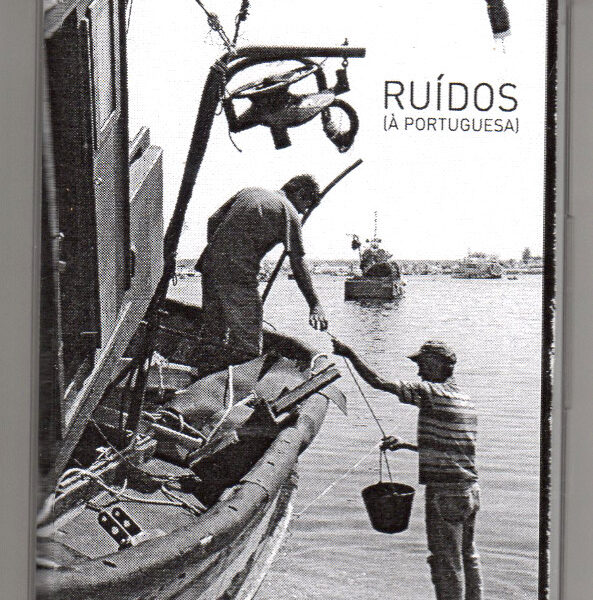 Gonzo is one alias for Gonçalo F. Cardoso, the owner of Discrepant Records in London and whom we last noted as the mainstay behind the group Papillon, whose self-titled 2013 LP (CREP09) remains a vivid and extremely imaginative collage of sound effects, atmospheres and voices to convey the impressions of a painful existence in a sweltering jungle. Gonzo’s tape Ruídos (À Portuguesa) (DISCREPANT CREPTP11) was also realised by collage-assembly methods – he calls it a “mixtape style”, aims to arrive at a “scrapbook composition”, and regards each work he publishes in this vein as “unfinished”, suggesting that a further remix might yield different results. It’s of quite a different order to Papillon and is intended as a sympathetic snapshot of Portuguese life, made using field recordings, old records and other snatches of found music, and whatever suitable audio experiments he might have lying around his workbench. He’s particularly keen to give voice to the fishermen of Portugal, through local songs and dialogue, and while he’s not intending to pass himself off as a latterday Alan Lomax or Peter Kennedy, we arrive at something resembling the Radio Ballads or Voice of the People series, assembled in a slightly more impressionistic and disconnected manner. While some of the incidental music is too cloying for me personally, there are some genuinely haunting moments on this tape. While not explicitly yearning for a pre-war paradise when a man could climb into a train compartment and smoke his pipe in peace, snatches of nostalgia are snagged like tufts of wool on its barbed wire fences. From 28 May 2015.