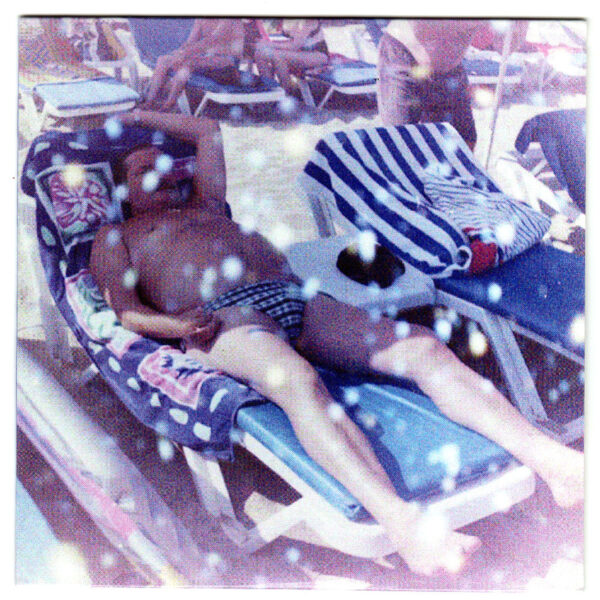 It’s been a bumper few years for us Horacio Pollard fans…since 2013, we’ve heard solo tapes and CDRs such as The Words Came Through The Bung and The Frequencies Of Seizure, plus his manic contributions to band projects such as Clifford Torus and Fully Blown Dental Reform. From 25 July 2014 we have his solo album The Emotional Freedom Technique & The Theta Brainwave Amplitude Caused by Manta Ray (ADA0034), released on the London label Adaadat which has been very consistent in sending us some splendid examples of world-wide loopiness and insanely frazzled musical utterances. When working solo, the English-Argentinean Pollard can produce endless streams of delightful gibberish, but for this album he opts for the “pop-song” length and serves up 10 examples of illogical tape assembly and incomprehensible performance mayhem, more or less crowbarring the constituent parts into something that resembles an instrumental tune. There is an over-abundance of ideas, noises, sounds and sprawling musical information to absorb; each track proceeds remorselessly along its path, capering forwards like The Fool in the Tarot Deck with a dog snapping at his heels as he careers over a cliff. Not only are the assembly methods completely nuts (loops, wobbly tapes, distortion, treatments, sounds played back to front and upside down), but the original sources sound like they were already pretty crackpot to begin with. The brain and the ears struggle hard to keep up, but it’s worth exerting yourself as the reward is an incredibly liberating sense of absurdity, all done with good humour and a healthy sense of fun.