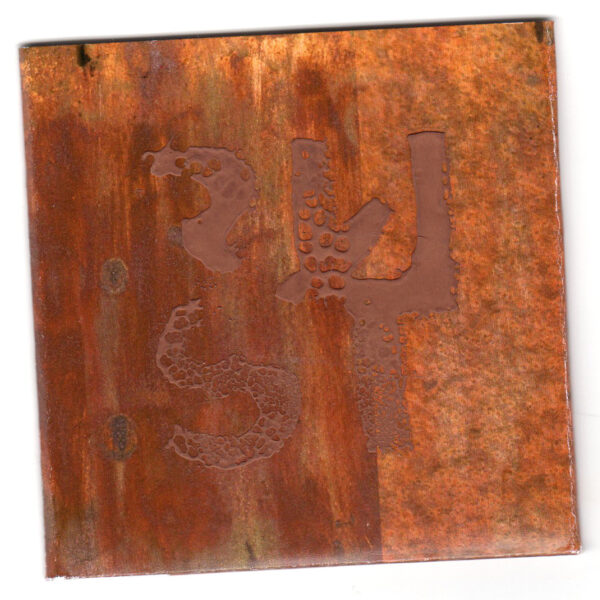 RU/ST is another proud proponent of the “harsh noise wall” genre and assaults us with some two-and-twenty minutes of unlistenable horror on his [untitled] (RESONAN RESDATCOM15) three-incher. The man behind it – so often we find that a noise project is solo, and invariably male – is a fellow who lives in the city of Zaporozhie in the Ukraine. He’s resigned to the fact that his home town is not only an industrial cesspit, but it’s also slowly dying on its knees, rife with pollution, the entire infrastructure rusting away. His plan is to capture the psychic undercurrents of the city’s pain, and express its moribund shrieks as pure noise. He chose “radio noise” to render it, claiming “I think this reflects the essence best…I hear the pulse of the city.” Unlike Vomir, who insists on an absolute stasis and zero variations in his noise walls, we can detect slight variances in the roaring timbres of RU/ST; if you can dare to insert your entire head in this unpleasant barn of racket, you may well achieve some sort of sublimation through sheer annihilation of the senses. The artwork (including a logo applied by hand in paint) strives hard to appear like a piece of rusted metal; I suppose the next logical step would be to use a slab of rusted metal for a cover, but that idea must be a total cliché of the industrial genre by now. From 08 August 2014.