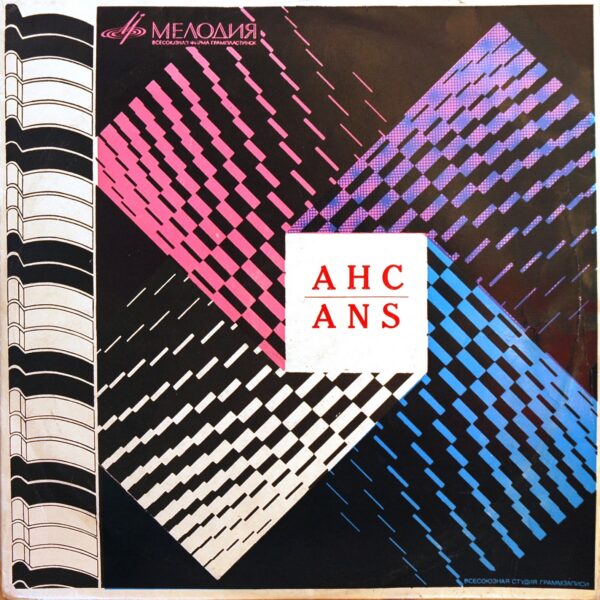 Four pioneers from the Soviet Union and Hungary offer various pieces done individually and in collaboration on the ANS photoelectronic synthesiser, invented by Evgeny Murzin who used a technique developed in cinematography to obtain a visible image of a sound recording and also to create a sound from an artificially drawn sound spectrogram as the basis of his invention. There appears never to have been more than two of these instruments in existence and the one remaining synthesiser of this type is currently housed in the Glinka State Central Museum of Musical Culture in Moscow. Nevertheless for a period in the 1970s, this instrument was in heavy demand by various Soviet and other eastern European composers: Edward Artemyev himself composed soundtracks for various films including Andrei Tarkovsky’s “Solaris” on the ANS.

The synthesiser produces wondrously beautiful and delicate sounds that express a wide range of moods and atmospheres, as demonstrated by the first piece, an excerpt from a film soundtrack by Edward Artemyev and Stanislav Kreitchi. The music is amazingly quicksilver and quixotic in flitting from one eerie soundscape to another in the space of a few seconds.

After the unearthly sounds of the Artemyev / Kreitchi piece, the ANS synthesiser plunges back to earth with Kreitchi’s piece of lullaby lounge-music cheese “Intermezzo”. This is followed by Nemtin’s adaptation of Johann Sebastian Bach’s Choral Prelude in C Major, a stately and rich-toned piece that trips very lightly: it sounds a little like a church organ in parts but there’s also a carnival sideshow air surrounding it. Nemtin’s piece “Tears” returns the ANS to its natural home: unearthly ambient sound art of the fairy world. I must add that there can be some very robust sound washes as well and that not everything here is glittery-sweet and delicate. The Hungarian composer Sandor Kallosh posts in a cold, chilly piece of ghostly drone howl and barely perceptible murmur. Violin intrudes which causes something of an angry reaction from the alien buzz and wash. Bringing up the rear is Kreitchi’s “A Voice of the East”, a short piece of quirky outer-space ambient and fragments of various melodies, some of them quite cheeky in nature.

The production on this album is good for its age and the music, while cold in tone, captures moods ranging from playfulness to curiosity, good humour and delight in picking out the most embarrassing moments a synthesiser can make. It seems a shame that the ANS synthesiser did not go into factory production, though looking at photographs of the thing, one shudders at how much it would have to be modified and its integrity as a musical instrument ruined for mass production. The one model that remains is still a working model and available for use by musicians and composers.

The album can be heard at this Youtube link.