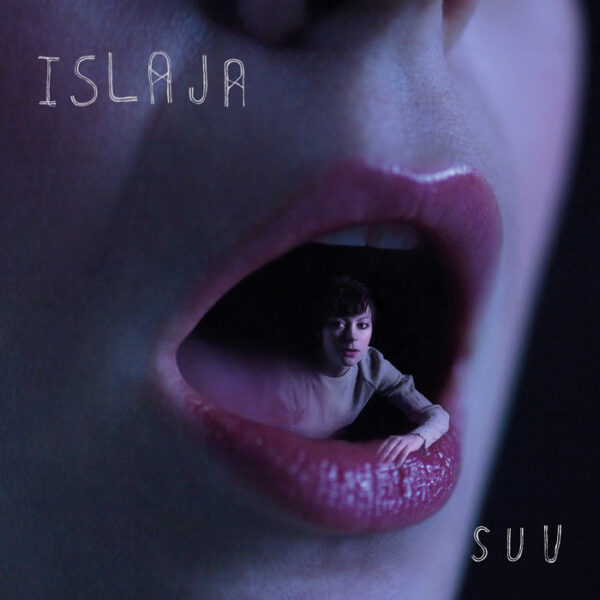 Islaja is Merja Kokkonen from Helsinki, Finland. I’ve spent a few days now immersed in the world of Islaja and some of her cohorts. Suu is a pop album however, and a long way away from Avarus’ and Kemialliset Ystävät’s gentle psychedelia or Hertta Lussu Ässä’s lovely, loopy freak-folk. Suu is Kokkonen’s sixth album under the name Islaja since her 2004 debut, Meritie. There has also been two collaborative singles, one with TV-Resistori and the other with Christina Carter of Charalambides. Kokkonen is also associated with free-folk titans Avarus, Hertta Lussu Ässä and everyone’s favourite chemical friends, Kemialliset Ystävät, but there is no meandering experimental journey of rural discovery on offer here. Everything is battened down tightly with emphasis on electronics and high production values. Skewed urban music for nocturnal urban dwellers and as such, Suu is a brave and not an un-entirely avant-garde record, what with its weird hybrid of story-telling, analogue synthesiser extemporisation, pop tunes, and rabid experimentalism.

I can hear elements of Gary Numan, Japan and Depeche Mode buried not so deep in Kokkonen’s music. As I am old enough to have listened to Depeche Mode when they first appeared in the pop charts, and used at that time to hearing all music from a cheap transistor radio in my mother’s kitchen, I was amazed recently to hear ‘Everything Counts’ by Depeche Mode through a decent hi-fi system while eating in a restaurant in town and realised how much detail I’d been missing listening in the 80s. Sorry for going off on a tangent there, but don’t get me wrong – Suu is staggeringly current music. In fact, bits of it may already be staples of an indie disco near you right now. I found it to be initially at least, challenging and disorientating in no small part, but I think that this is her intention.

The technology Kokkonen uses is very analogue-sounding; perhaps she simply has a lot of high quality digital emulations open on her desktop – opener ‘Skeleton Walk’ for example, has a very prominent vocoder effect, and there are massive analogue synth sounds slapped all over the place throughout the album. One sunny afternoon on YouTube (instead of getting on with something useful) I noticed the video for ‘See No Sun’ depicts young hipsters enjoying themselves indoors on a typical weekend jolly. Perhaps they are enjoying themselves a little too much as the flat they’re in appears to fight back. “This flat is evil” as Mark E Smith told us. By the end, its inhabitants have either been devoured or are huddling in fear in the bathroom while Islaja herself stares blinking at the camera, emotionless despite the turmoil surrounding her caused, presumably, by her own hex. “I doubt my flesh” is her repeated phrase; try it at home yourself some time.

Elsewhere, ‘Chaos Pilot’ is wordless, abstract, ‘Temporary Have’n is instrumental and ‘Travel Light’ features the deliciously loaded statement, “It was fun / But I’m glad to leave”. Stripped back synthesiser tracks with slap-back delayed vocals here and there for emphasis. The lyrics are remote; cleverly written in simple language but with a weight of suggestion – in ‘Siren Call’ she sings the phrase “I hear the ocean call” in a way that reminds me of ‘The Carny’ from Nick Cave’s 1986 album Your Funeral…My Trial.

The punchy mastering at Scape in Berlin by Stefan Betke, (who, as we all know, is minimal dub electronicist Pole), does nothing to offset the trippyness of the whole proceedings. And good thing too.