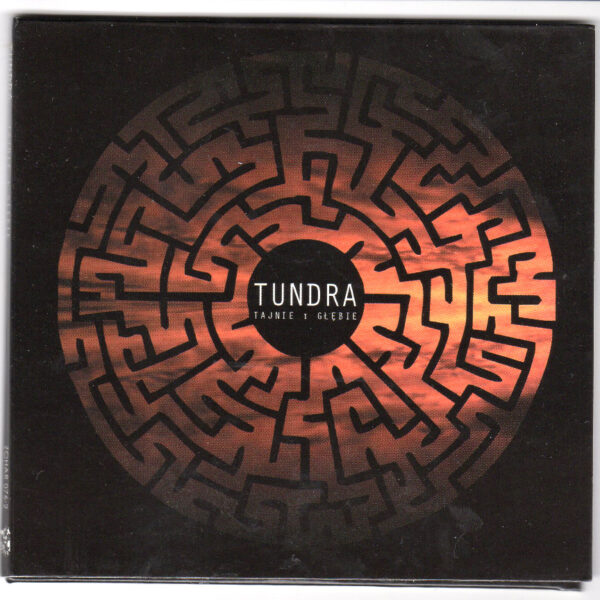 Here’s three nocturnal droners sent from Gdansk, Poland, in September 2014. The Zoharum label is certainly resolving itself into a recognisable brand, even if we struggle to discern it through thick clouds of evil-smelling fog. Dark ambient at its most clotted and jet-black.

On Tajnie I Glebie (ZOHAR 076-2) the duo Tundra do it mostly through use of percussion, acoustic guitar, and wind instruments, and while tapes and loops are involved in their grim little studio set-up, one has the strong impression that digital interventions and post-production techniques are kept to a minimum, allowing us to savour the grain of each resonating cymbal and vibrating guitar string. There may be plenty of long tones and echoes, but you get the sense these sounds are at least 85% organic and naturally sourced. Admittedly, “sound manipulation” is permitted as a strategy in this electro-acoustic-ish glomfest, producing a supernatural and spooked-out variation on this genre that improves on the more sterile end of the INA-GRM academics. To reinforce the sense of claustrophobia, a labyrinth appears as the cover image, suggesting there is no escape from the smothering tones. The team of Krzystek Joczyn and Dawid Adrjanczyk seem to have been self-releasing little slivers of melancholia into the world since 2011, and this is only their third album if you count their team-up with everyone’s favourite Eastern European animal-magick ritualisers, The Magic Carpathians. Slow and solemn processional music for your trance-like midnight walkabouts in the black forests…the single-mindedness of this pair in pursuing their long excursions to the very end is something to admire. Buy now so they can afford a new pair of metaphysical walking boots.

Where Tundra drone on in pursuit of various non-specific atmospheres and emotions and attempt to capture them in a jam-jar, the unusual Russian troupe Phurpa have a very definite aim in mind on Mantras Of Bön (ZOHAR 075-2), to wit the pursuit of recreating an ancient Buddhist tradition on their own personal, highly ritualistic terms. They do it using carefully selected instruments, but most of the music comes from the voice, and requires a certain form of overtone singing, which produces uncanny vocal drones. The musical effect is just the end result though, as Phurpa insist on a strict regime of discipline and training to push their bodies into the correct tantric state. Much ceremony and solemnity arises from their performances, which somehow (on this record at least) convey the impression of happening in total secret. When track two is described as ‘Live In Moscow’, one wonders if the venue was some remote cellar or mausoleum rather than a concert hall. You certainly can’t hear any trace of an appreciative audience, although whooping and yelling are hardly the appropriate response when faced with this chilling reminder of one’s own fragile mortality. Small wonder that Stephen O’Malley took an interest, and reissued an earlier double LP on his Ideologic Organ label. For listeners wedded to the deep growly chant sound that characterises the “classic” Phurpa sound, the second half of the album will reward you with nearly one hour of mesmerising monotonous blackness. However, the first half is a showcase for the vocal talents of Alissa Nicolai, who is far more “expressive” in her controlled shrieking and creates astonishing and well-nigh alarming effects. While it’s not clear if she too subscribes to the ancient Buddhist methodology, I would imagine her work involves a high degree of commitment and resolution to get herself into the required zone. She is singing from a place of utmost desolation and spiritual iciness.

Aquavoice is the name taken by Tadeusz Luczejko. His Nocturne (ZOHAR 077-2) is more noticeably digital in its origins than the other records on this page. The album started out promisingly, with a few precious moments when he produces simple, minimal sketches in pure sound, picking out details in his night-time scapes as if using a small penlight torch. It’s also encouraging that he speaks of a personal aesthetic that urges him to pursue sensations of “cold”, in line with some of his favourite film-makers and cinema directors who themselves are no stranger to the bleak. But, as track follows track on Nocturne, there’s less focus and more indulgence as he tries out one half-soaked idea after another. Some are melodically inclined, for instance when he sees fit to lapse into a pleasing mix of evocative chords and ambient sounds. Some of his effects are cloying and familiar, for instance the over-use of studio echo and the constant attempts to force an “atmosphere” onto the grooves. He also makes use of field recordings, distant ghostly voices, and even a slightly skewed attempt at jazzy beats of some sort. On today’s spin, it seems my predilections can only be satisfied by the single-minded darkness of Tundra or Phurpa, so I must sadly reject Aquavoice and his various user-friendly sunlit modes.