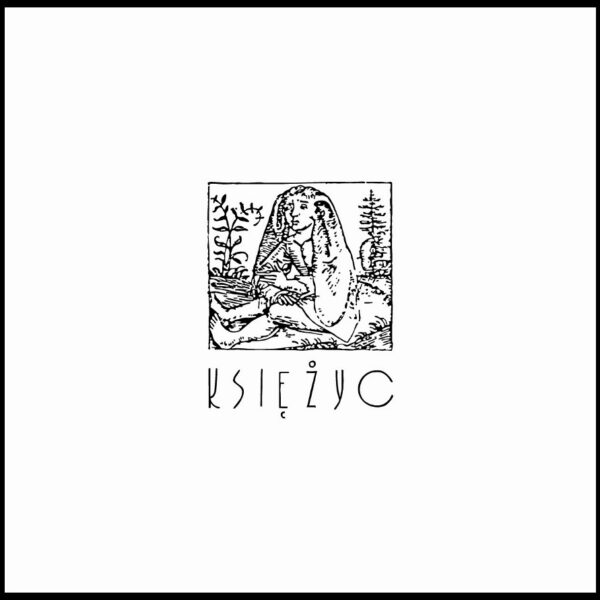 Originally released by the OBUH label in Poland way back in 1996, this self-titled album of avant-garde neo-folk, taking its inspiration from the distant past of Slavic folk tradition and the more recent past of vocal and other experimentation of the 20th century, was given a new lease of life by both OBUH and the UK-based Penultimate Press label a couple of years ago. The band Ksiezyc (Polish for “moon” … and f***ck this WordPress format won’t allow me to reproduce proper Polish spelling and diacritics) was active during the 1990s.

Most songs are quite short and depend heavily on vocalist Agata Harz’s precise yet youthful singing. The music is very spare and much of the time Harz is singing on her own or against the music. The use of keyboards to simulate the tones of a harpsichord introduces a mediaeval feel in songs like “Verlaine 1” and the disorienting, almost trance-like “Klawesynowa”. The sense of long, long ago, when devout Christian Polish princesses were married off to pagan Lithuanian grand dukes three times their age for political expedience, intrudes in the circular structure of the album which begins and ends with the same song “Historyjka”. At the same time the album does have a contemporary feel in tracks where alone-ness seems to be a major theme, expressed in tracks like “Mijana”. The use of clarinet on some tracks reminds me a little of some klezmer music I’ve heard and roots those parts of the album in a 1920s time-setting.

The music is often beautiful and always gentle, even a bit fragile and hesitant sometimes, never presumptuous or bombastic. I’d prefer that some songs had a longer and fuller treatment as these pieces can be very short and aren’t much more than a sliver of melody or a string of tones or unusual sound combinations. Harz tends to hover about at the higher end of her vocal range and the emotional range is not great, not on this recording anyway. Throughout the recording the mood is very melancholy, brooding and wistful, as if there is a great longing for something that is long past and perhaps irretrievable. Later tracks are sometimes mood poems expressing a forlorn feeling or dark secrecy and can be a bit repetitive.

I find the tracks with the harpsichord tones (actually coming from a synthesiser) to be the most interesting with their spindly hypnotic alien machine quality. This is the kind of album that often has something for most people to enjoy. The experimentation here is not very extreme and most tracks retain a definite song-like quality. Perhaps