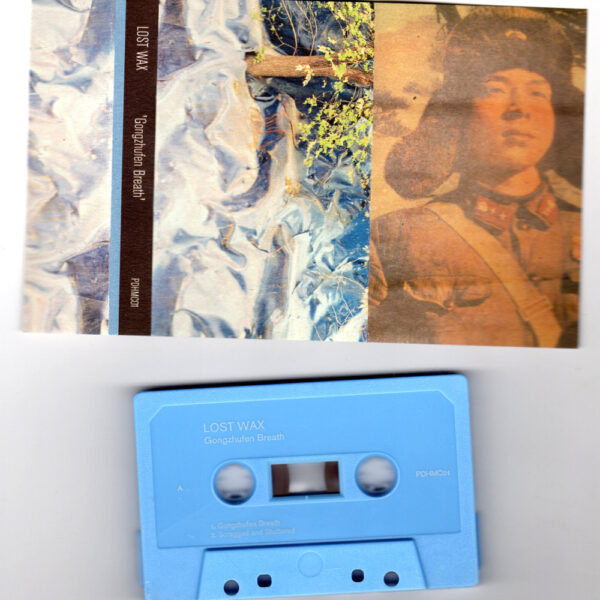 Lost Wax is Ben Morris, who used to be part of a London-based ensemble called Chora who I never heard but made a number of limited CDRs and tapes since 2007 onwards, performing what others have described as “psychedelic” or “junkyard gamelan”. On the cassette Gongzhufen Breath (PSYKICK DANCEHALL RECORDINGS PDHMC01), he’s assembled a number of field recordings captured from his travels in London, Derbyshire, Croatia, Bilbao and Beijing, and arrived at what the label are calling a “dictaphone travelogue”. Given the unique sound quality of the source material, I’m quite prepared to believe a dictaphone or other lo-fi device was used to capture the content, but the degradation of sound in the finished product adds tremendously to the overall affect. The real genius is in the editing, which elides and fades every which way, melting one sonic experience into another to produce an extremely bewildering ride for the enquiring mind. Semi-surreal, disorienting, beautiful dreamscapes pass by, fading away in seconds…Ben may not quite be up there with Aki Onda, but then again who is? The title ‘Scragged and Stuttered’ seems a very apt phrase to describe his methodology here. I think any jobbing tape editor, if given an instruction to “scrag and stutter” the tape, would know exactly what to do. One for fans of Robert Millis…arrived 23 September 2015.