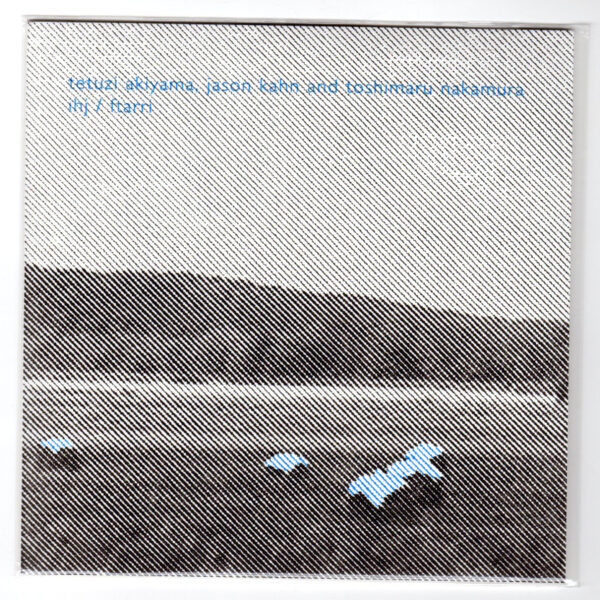 Terrific live art-music from 2012 performed by a trio of top-drawer names…the Japanese “maverick” guitarist Tetuzi Akiyama, who’s done more for sales of antique Gibson guitars than Les Paul himself…Toshimaru Nakamura, also of the Japanese persuasion, and man who has ruled unchallenged over the domain of controlled feedback for at least 15 years, with his mastery over the “no-input mixing board”, a set-up whose very name is indelibly associated with Toshi, though many others have used it since in far wimpier ways. Lastly, the American Jason Kahn, composer and percussionist who impressed us last year with his Open Space double LP, here contributing some splendid analog synth work, and perhaps captured here as part of his 2012 Japan tour (when he also played with Tim Olive). The record ihj / ftarri (WINDS MEASURE RECORDINGS wm39) is slightly untypical of what I normally associate with this small-run art imprint New York label, which has often concentrated on imperceptible and conceptual sound-art statements of high recondity. This record by contrast is quite busy and noisy in places, and bristles with live atmospheric electrical bursts…the tension in the air is so palpable that the venue had to be completely redecorated the next day…all the audience went home with third-degree burns to their faces…nearby businesses and shops closed down for one week, the merchants complaining of mysterious headaches. Can your band say this?

As an earnest of their skills, the three musicians work with intuitive bonds and not inconsiderable duration. Somehow they manage suspend a chunk of time in the air for over half an hour, keeping matters hovering by magic, then having circumscribed an imaginary sphere they do their best to slash at it with guitar swipes, pierce it with crackling bursts, and hurl large buckets of digital fizz over its surface. Then, amazingly, they do it again for another 30 minutes on the second recording, showing that their muscular energy never flags for a single second and that musical continuity, even of something so abstract and intangible, is perfectly possible through a combination of serious talent, experience, discipline, and a little dabbling with the Black Arts (one of the above might not be applicable). This is one of the more exciting documents we’ve heard of music in this genre, if indeed it is a genre any more, since the old “Onkyo” label has since been discredited everywhere…over 18 countries have now signed the treaty to discontinue the use of that term…and as a result, the music just keeps growing and getting better, its players free from the constrictions of convenient journalism-friendly labelling. If only the worldwide food industries would sign up to a similar treaty, we might all have a healthier life. 300 copies, letterpress cover, a superb release. 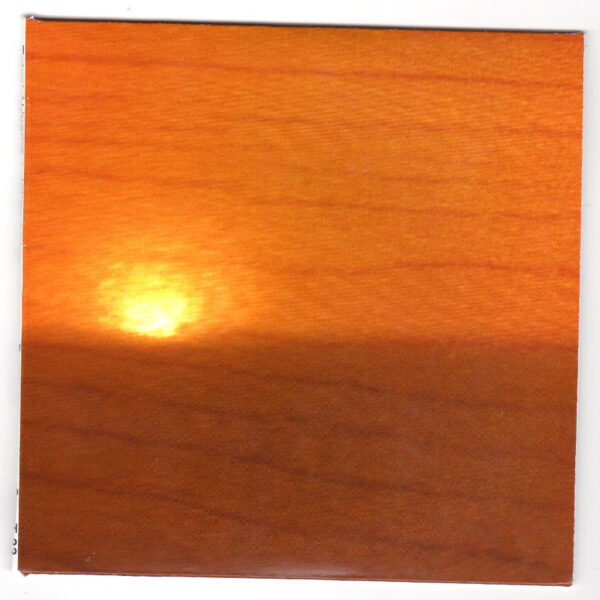 Tetuzi Akiyama also appears on Bromma (SPECTROPOL SpecT 33), a single 26-minute performance where he duets it up in fine style in a living room in Stockholm with the alto sax blower, Johan Arrias. Apparently the room in Stockholm was quite small, and given what we’ve heard about the notorious Swedish approach to interior design and furnishings, this fits the profile exactly. Both musicians had to apply for an entry visa to get into this room in the first place, and Arrias had to cover his instrument in greasy lubricants to squeeze past the tight doorway. Once in, both musicians clearly found their movements heavily restricted, if the evidence on this release is credible. Jan Nygard did the recording, and wrote the sleeve notes, both awed and troubled by what he had witnessed. In his writings, he brings out the keynotes of the event – very little preparation or planning for the improvisation…guided by a few choice minimal suggestions from the Japanese half of the act…fostering a climate of “trust and respect”. Net result, a slow, quiet, but highly intense miniature of contemporary acoustic improvisation. From 18 September 2014.