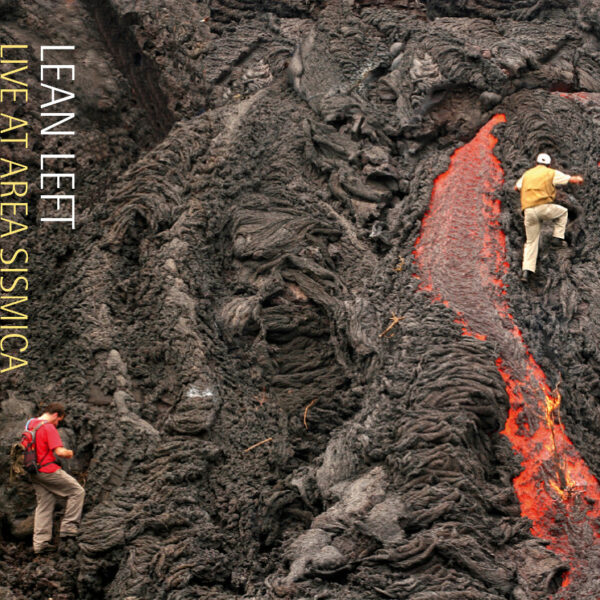 Subtitled “The Ex Guitars meet Nilssen-Love / Vandermark Duo” – for those who have been living in a cave for the last couple of millennia, here, Terrie Ex (left guitar) and Andy Moor (right guitar) are willingly shackled to Paal Nilson-Love’s drums and Ken Vandermark’s tenor and baritone saxes and B flat clarinet; this date finds them at the end of a long tour and it shows. Tight, tight, tight, as Die Antwoord might say. In my mind, not a million miles away from that collaboration those two fellows from Spring Heel Jack did with Han Bennink on Treader about ten years ago, but with added saxophone. Mind you, the Spring Heel Jack/Bennink thing was a studio session rather than a live document as I recall. Recorded by Ariele Monti, Live At Area Sismica is quality live document alright.

On ‘Traitors Head’, fans of the Ex and/or Ken Vandermark’s many and nefarious groupings will know what to expect and won’t be disappointed. Spindly, dissonant guitars, powerhouse drumming and Vandermark’s near-to-bursting lungs all perched atop several collapsing municipal buildings. Although played in fairly unorthodox ways, there is an element of harking back to a certain time; the guitars occasionally recall early Sonic Youth here and there or Keith Levine’s guitar work in PiL. In fact, underneath the exuberant cacophony, this is punkist, funking jazz deep down.

‘Moti 2’ is far more restrained. It begins with mournful saxophone and the metallic clatter of tremolo arm on guitar bridge developing slowly yet never deviating from its initial components over its six minute span.

The third piece, ‘Terpuk’, features two handed wobbly guitar (it’s in my left speaker, so according to the sleevenotes it must be Terrie Ex) meanderings. This is the longest performance captured on this disc at over 24 minutes, so they can afford to take their time getting started, but once things get going it’s like listening to In A Silent Way inside a washing machine full of bricks. That clanging tremolo arm makes another appearance briefly, but it is treated with copious overdrive this time resulting in warm wafts of tough feedback. ‘Terpuk’ ebbs and flows naturally enough over its duration. In the second half, the guitars are sidelined, (possibly deliberately, by which I mean “agreed beforehand”), occasionally by the well-honed drums/sax half of the group.

In ‘South Sister’, we encounter broken jump-jive saxophones in the blender with a healthy shovelful of sharp sand. You can hear Vandermark’s love of Coltrane here in big capital letters and underlined on the blueprints in red permanent marker. ‘Cleft Segment’ is a snowdrift of tonal exploration; a quiet moment in the shade of the freak-out tree. The closer, ‘Gada Ale’, is a full-scale blow out that makes me want to have been there watching.

Crucially, and to the shame of all other big-name festival acts, they credit the caterers at Area Sismica: “pasta cooked with fantastic tomatoes and pancetta”, which goes some way to give credit to those important trades associated with large events normally left out and ignored by the big name stars. I once had the opportunity to dine backstage at a “Monsters Of Rock”-style event at Wembley Stadium and I can categorically state that just standing in line in the catering tent was stratospherically more interesting than watching the actual concert. As an aside, I just feel I should let you know that Stewart Lee is a fan of Lean Left apparently. Make of that what you will.