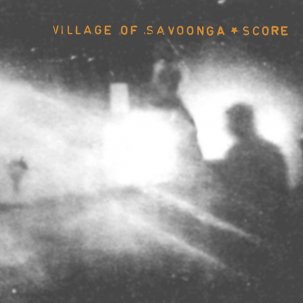 Yes, I’ve been a bit slow chasing work by the German post-rock band Village of Savoonga who released three albums in the 1990s and then closed shop some time afterwards, due to the various members’ preoccupation with other music projects. This smartly presented work, the third and last album, still holds up well after nearly 20 years: how’s that for longevity? (And I did a bit better than Rip van Winkle who slept over a score : 20 years, that is – ha-ha, I managed to get in a little pun). VoS trade in quite dark and sometimes foreboding jazzy soundscapes with little structure but plenty of blues-tinged melody and atmosphere. Listening to this, I think of bands like Italy’s 3/4 Had Been Eliminated and the American group Tortoise: the Villagers’ sound is clean and confident, in a near-minimal way, and their music has plenty of unexpected surprises. Stripped-down guitar, concentrating over easy-to-listen tunes, might suddenly give way to cloudy or spaced-out trippy ambience, factory machine chug-along or field recordings of an astronaut reporting back to Houston while out of the spacecraft repairing a loose panel.

The album is not very long and the music is quite liable to dawdle on its own path, the musicians giving it a very long lead, so listeners really should hear out the whole work in full and let it take them where it will. Guitars, organ, keyboard effects and percussion work together in parallel on separate musical pathways, and there’s plenty of dark and moody space among the sparsely presented melodies.

If VoS feel an affinity with famous German rock bands of the past, they must be closest to Faust in their approach and style. (Indeed I’ve heard that previous albums were more Faust-like but I have yet to hear them.) There is not so much humour in their music though and they seem quite apolitical compared to Faust. There were occasions when Faust revealed their sympathy and compassion for the downtrodden and the exploited but any leanings towards the political are absent in VoS’s clean and cool outing. (Although the fact that so many bands in so many genres these days strive for inner transcendence could itself be a political act, in that this phenomenon represents a turning away from the increasingly invasive systems and institutions present in contemporary Western societies today.)

Verdict: this album is one that’s mostly easy on the ear, if not always benign in mood, and a good exercise in stream-of-consciousness music-making.