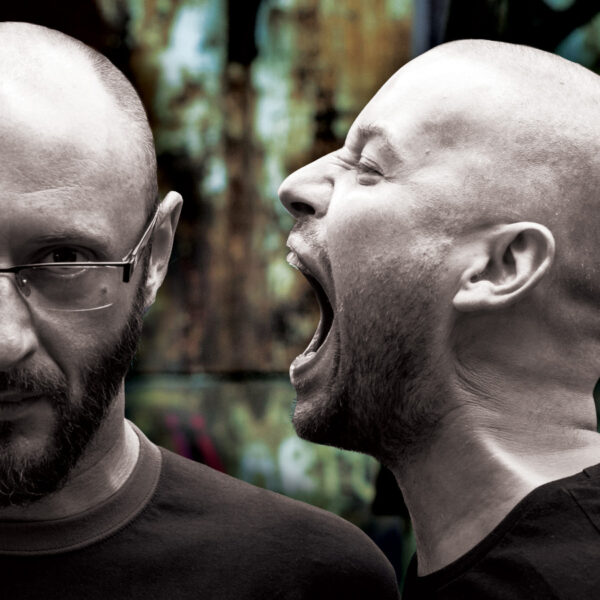 Not getting a whole lot of satisfaction from Sympli Romatikó’s album, despite some tasty moments of engaging loopy vocal gibberish and very well-realised electronic sounds. The trio of Kolokol, Choloniewski and Chikmakov from Kraków use percussion, electronics (made using SuperCollider), guitars and vocals to produce three overlong and humourless statements, probably attempting to make a statement about the difficulty of communication. The very direct cover image is one tactic that advances this line of thought, as does the title of Track 1 which is ‘Misinterpretation of Misunderstanding’. The rich and deep droning electric sounds they produce (as if sawed out of a living oak tree) are attractive, but they don’t really go anywhere; the sudden descent into shouty vocal declamation is exciting, but as a tactic it proves disruptive to the mood. The precision drumming is one of the strongest elements, creating a palpable aura of tension and mystery which helps support the proceedings when things get a bit saggy in the middle. “We see music not as a sequence of events,” claim the threesome, “but as a dynamic system, which we can only pretend to control.” The trio strike me as resembling a deconstructionist comedy troupe, solemnly setting up an elaborate slapstick prank on stage while simultaneously revealing to the audience the mechanics of how it’s done. As such, the joke is neither funny nor very engaging as stagecraft. From October 2014.